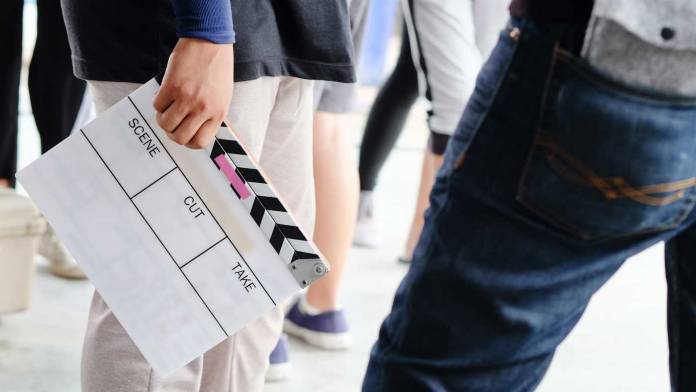 When budgeting a film, lots of money goes into things. Each part of production has a cost: camera and lighting rentals, sets, and costumes. More importantly, a significant part of your budget should go to your production team. Hiring the most talented cast and crew at your disposal not only improves the quality of your film, but it can also make the shoot go faster and easier. So, how much should you pay your cast and crew?

You get what you pay for

Here’s the simple answer. How much can you afford? Don’t get too cheap when hiring your team. An inexperienced crew means longer setups and more shooting days. Novice actors require more takes and hurt the quality of your film. There will be mistakes; costly mistakes.

A seasoned film crew works quickly and efficiently. They can knock out more set-ups in a day without all the complaints, confusion, and behind the scenes drama you get from newbies. Your film will look better, sound better and be easier to edit.

How do the pay rates for different crew roles differ? It really comes down to experience. The more experience a person has in their field, the more they can expect to be compensated for their skills and time.

On larger productions, each department head may be responsible for the pay of everybody on their team. For example, the Director of Photography will negotiate pay rates for the camera team. Likewise, the Production Designer will determine the pay for the rest of the art department.

Even at the lowest budget level, not every member of the team will be paid equally. Your Director of Photography has more experience and a more crucial role than a Production Assistant, and should be paid accordingly.

Small budget productions sometimes pay by tier, with separate pay levels depending on the role. For example, the Production Designer, Cinematographer, and lead actors would receive top tier pay. Production Assistants and background actors would be on the lowest tier.

Most cast and crew are paid a “day rate” instead of hourly or by project. If it’s a union picture, the day rate and how many hours you can work are set by the union. For non-union films, you can negotiate the rate and work hours. However, keep in mind there are also federal and state labor laws you must comply with.

How do you find pay rates for cast and crew your area?

Is the crew member in a union? If so, finding their pay rate is fairly straightforward. Just contact the union. If they are non-union, the best way to find out someone’s pay rate is to simply ask them.

Experienced crew often have two different pay rates. There’s the pay they get for most day-to-day gigs. Then there’s a lower rate for friends and for projects they really want to work on. Treat your team well and you’ll find it easier to get these special day rates.

A lot of this depends on your location and the availability of experienced crew. If you’re far away from a production center like Los Angeles, you’ll have less selection but should be able to negotiate better rates.

Timing is also important. There is often a “hiatus” between major productions. This can be a great time to find experienced crew and actors looking for something to do until the next movie or TV series starts shooting. Keep in mind you’ll only have them for a limited time.

Think professional actors are beyond your budget? You’d be surprised. The Screen Actors Guild has various contracts called “agreements” for low budget and student productions. Visit the SAG-INDIE website to find the agreement that’s right for your film.

Once your production is SAG signatory, you’ll have access to experienced recognizable actors for as little as $125 per day. There are many name actors out there looking for a role that’s different from their usual “type.” Offer them something new and interesting, and the money isn’t so important.

Are they worth it?

Your team members’ pay should be determined by their experience and skills. How do you assess those skills? Actors and stunt performers have demo reels with clips of their best work. In addition, you can watch the films listed on their credits if you have the time.

Cinematographers, Sound Designers, and Editors also have demo reels showcasing their work on previous films. Art Directors, Costumers and Set Designers will have a visual portfolio to show off designs and photos of past work.

Other crew members like Gaffers and Grips probably won’t have a demo reel or portfolio, but they should have a list of credits and references. Be sure to check these references and confirm their credits on IMDb.com.

Usually, your key crew like Director of Photographer and 1st Assistant Director will have a team of underlings that they frequently work with. They can help you decide who’s worth hiring and if they fit into your budget.

The dangers of not paying anything

When you’re paying your team, they are contractually obligated to be there, on time, every day. If someone’s working for free, it’s a question mark when or if they’ll even show up. Unpaid, amateur crews aren’t used to long hours and might bail if the day goes long or gets rough.

Actors can be even worse. Without a good contract, you open yourself to situations where an actor could refuse to finish crucial scenes unless he or she is paid immediately. A SAG agreement goes a long way towards making sure everyone is on the same page.

If you don’t pay your cast and crew anything, they won’t be as motivated to complete the job. Therefore, completing your film becomes much harder every time you have to replace someone who left. Low team morale makes things go even slower.

Trimming the budget for your cast and crew may seem like a good way to save money, but it’s not. Film crews have to work quickly and efficiently to stay on budget. Without the right team, you’ll need more days and reshoots. In other words, there goes the money you “saved.”

Other ways to “pay”

If paying your cast and crew is absolutely not in the budget, don’t despair. People will work for free if your project is interesting, you feed them well and don’t push them too hard. Keep in mind that the longer the shoot goes, the less enthusiastic and available an unpaid crew will be.

Friends in the business might do you favors, but don’t ask more than you’re willing to give in return. How do you return favors? By working on their projects for free, for as many days as they worked on yours. After all, it’s only fair.

Also, you can also help people move up the ladder. There are many Camera Operators looking for a Director of Photography credit. Maybe your Assistant Director wants to be a Line Producer. Why not let them? Give someone you trust a good opportunity and they won’t care about the cash.

Sets get torn down. Lights are returned to the rental house. But the bonds and reputation you build with your team last years. Pay your cast and crew what they deserve. It’s totally worth it.