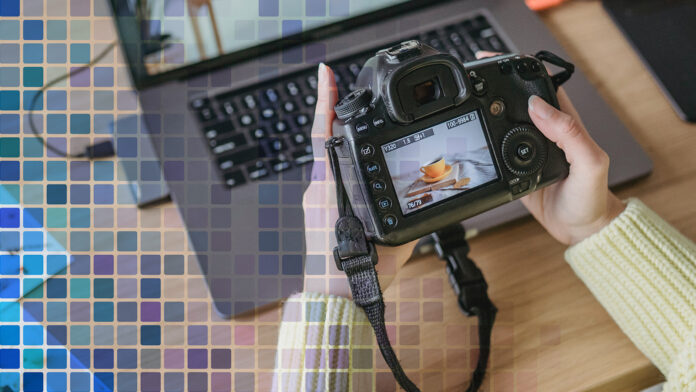 Have you ever watched a YouTube video and noticed that the quality of the video looks fuzzy or pixelated? The quality of the YouTube video could be related to the bitrate it was delivered in. To ensure your videos play with the highest quality possible on YouTube, you first need to understand how bitrate works.

What is bitrate and how does it work?

Bitrate is the amount of data encoded per unit of time in video or audio. Bitrate is measured in megabits per second and affects the speed of upload and download transfers.

Generally speaking, the higher bitrate your video is, the higher quality your video will be. However, there is a cost to pay for the high bitrate of the video. That cost is a much larger file size.

Before we get ahead of ourselves here, let’s clarify one thing: video resolution is different from bitrate.

Bigger video files can be better, but there are always tradeoffs. The more data you record, the more strain you put on your camera, your storage and computing power. This is why a camera filming in 4K at a high bitrate for an extended amount of time can overheat faster. It puts much more strain on the camera. So an important component of bitrate is the camera you shoot with.

A GoPro camera will have a different bitrate than a Sony full-frame mirrorless camera. They can both shoot 1920×1080 HD video but at different bitrates. This means they are putting out different amounts of data as they shoot, hence the difference in quality.

Factors such as sensor size, color processing and codecs all affect the quality of the video, but the bitrate plays a major factor. Bitrate is measured in the unit of megabits per second or Mbps for short. So, for example, a video shot in 1080p will have a bitrate around 8-12 Mbps. A video shot in 4k will store much more data — somewhere around 20 Mbps. Another way to grasp how bitrate affects video quality is to think about DVD versus Blu-ray playback.

A standard DVD will generally have an encoded file that is 4-8 Mbps versus a Blu-ray DVD, which will have a file encoded with 24-40 Mbps. That is why a Blu-ray DVD is considered much higher video quality than a standard DVD, even though it can be hard to detect sometimes with the naked eye. The data in each frame can also affect the color depth of each pixel. The higher the bitrate for the video, the more color data is available for each pixel. This means more detailed colors will be available in the picture and more flexibility during color correction in post-production.

Things that affect the bitrate

Color depth for most consumer cameras ranges from 8-bit, 10-bit or 12-bit. Most viewers can’t distinguish the difference in color depth, but to the trained eye, a video shot on a camera with 8-bit color depth versus a video shot with 12-bit color depth may be noticeable. The lower color depth can sometimes result in an undesirable effect called color banding, where the colors don’t blend as smoothly.

Another important option to consider when exporting your video and optimizing your file size is considering whether to export in Variable Bit Rate (VBR) or Constant Bitrate (CBR). The difference between VBR and CBR is variable bitrate is a much more efficient form of exporting a video and can adjust the bit rate based on what’s going on in the frame.

For example, VBR will adjust that bitrate based on what’s on the screen. If there is a chunk of black on the screen or not much motion happening in the frame, the export will use much less data when encoding those frames for the video — making it a much more efficient file size. Therefore, a video exported in VBR can be considered like a fuel-efficient car that optimizes fuel usage when driving, except VBR optimizes data usage when encoding a video.

A video exported with constant bitrate will encode the entire video at 10 Mbps throughout the video, regardless of what’s going on in the frame. This means the same amount of data is used on each frame, making the video file size much larger and guaranteeing that quality output is at a constant Mbps throughout the video. Delivering high bitrate files encoded with CBR will require much larger recording devices, larger storage cards and will cause the upload speed to YouTube to be much slower.

The footage you shoot

The right bitrate you use when uploading to YouTube will depend on the footage you shot as well. In a video where not much movement is happening, like an interview, most of the pixels stay the same, so you can use a lower bitrate because there is not much to compress. If you are shooting a fight scene, it might be better to reduce the resolution and increase the bitrate to optimize video quality. Again this is up to the production’s discretion and the intended final delivery of the project.

For example, if you live somewhere where the bandwidth is an issue, maybe you shoot in 4K but export in 1080HD to make the upload and playback on YouTube more efficient.

Summing it all up 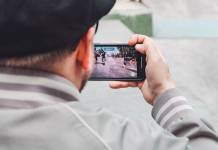