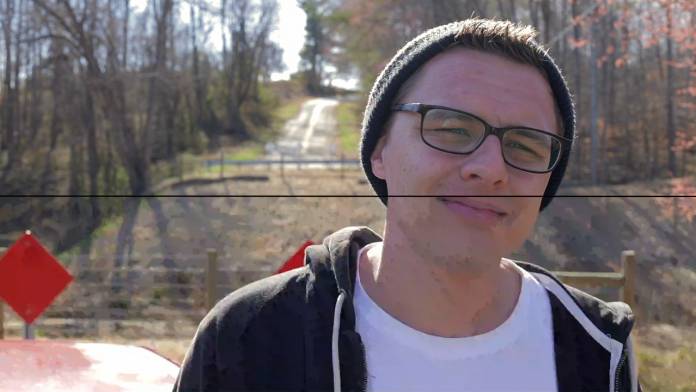 You’ve probably heard of binary code — how every computing process ultimately boils down to a sequence of 1s and 0s. Every one of those 1s and 0s are individually called a bit. Bitrate, then, is exactly what it sounds like: the rate of bits. That is, the number of bits per a certain amount of time, typically one second.

In practice, bitrate measures different things in different situations. There are three main scenarios in which bitrate is important for video: compression, internet bandwidth and livestreaming. But before we expound on all of these, let’s get a deeper understanding of how bitrate is measured.

If you only learn one thing from this article, let it be this: bits are different from bytes. Bytes are the standard base unit for expressing computer storage capacity. Megabytes, gigabytes and terabytes are all factors of bytes. So how do bytes relate to bits? A byte is a sequence of eight bits.

Bits are abbreviated as a lowercase “b”, whereas bytes use the uppercase “B”. If you need help keeping this straight, just remember that the big “B” is for the bigger unit, byte. You could also remember that an uppercase “B” kind of resembles an 8, the number bits in a byte. Whenever you are abbreviating these units, please pay attention to your capitalization because the difference is important.

Now that we understand what bitrate is, let’s talk about how it’s used for compression. Simply put, compression is the process of removing redundant information from a video for the sake of minimizing its data size. This results in smaller files that are easier for computer systems to store, transfer and play.

Bitrate is the parameter used to measure how much compression is applied to a file. In this scenario, bitrate is the number of bits contained in a media file per every second of its duration. More bits mean more digital information for the computer to read, and that typically means a higher quality image.

Because most video files contain millions of bits per every second of video, encoding software usually expresses bitrate in either kilobits per second (Kbps) or megabits per second (Mbps). Make sure you know which unit your software is using, lest you transcode a file that’s hideously compressed or grossly oversized.

So if we compressed a video file at a bitrate of 18Mbps, each second of video would contain eighteen million bits of data! If the video were fifteen seconds long, this would yield a file that’s roughly 34MB large.

Considering we more often speak in terms of gigabytes — sometimes hundreds of gigabytes — this really puts into perspective just how much data video files actually contain. Remember that the next time you’re complaining about render times or buffering.

Let’s briefly talk about the difference between constant bitrate (CBR) and variable bitrate (VBR). You will sometimes be prompted to choose between these two options, depending on the encoding software or codec used.

With constant bitrate, your encoder compresses every individual second of video to the set number of bits. Thus, the bitrate remains constant throughout the entire file. This is usually a faster method of compression, but it may produce a low quality for certain frames.

Variable bitrate is essentially a smarter method, which searches the video for sections that require less data than others. Shots with little onscreen movement or large blocks of color can handle greater compression, so they’re given a lower bitrate.

Here, the target bitrate you set basically becomes the average bitrate of your compressed file. If your file has a variable bitrate of 15Mbps, one second might contain only 5Mb and another might contain 25Mb. Together they average out to 15Mbps. You might also be prompted to select a minimum and maximum bitrate, which ensures that no part of your video compresses above or below a certain threshold.

It is worth noting that compression is not an exact science, and your target bitrate is just that — a target. The actual bitrate of your compressed file might be slightly higher or lower, but in most cases, this difference will be negligible.

Let’s now talk about the second practical application of bitrate for video producers: internet bandwidth. Here, bitrate measures the number of bits that can be downloaded from or uploaded to the internet in every second of real-time. We recommend you visit sites like speedtest.net or fast.com to test the speed of your own internet connection.

Be aware that many internet providers package fast download speeds with significantly slower upload speeds. So while your service may offer 200Mbps down, you might only be getting 10Mbps up. This means that it would take you about three and a half minutes to download a 5GB file, but more than an hour to upload that same exact file.

Insufficient bandwidth creates a serious bottleneck in your workflow, so make sure you know what you’re working with. Having high-speed internet access is crucial for sharing large files or livestreaming.

Speaking of livestreaming, this is the third common use of bitrate for video producers. In this case, bitrate measures the number of bits being uploaded from your encoding software to the streaming platform every second. As such, a livestreaming bitrate is sort of a combination between compression and internet bandwidth.

You’ll want to use a high enough bitrate to maintain adequate video quality, but low enough that the stream will play back smoothly on your viewers’ devices. A higher bitrate stream might buffer more or create lag. Your own upload bandwidth will also limit how high you can go.

Now you know what bitrate is, how it’s measured and why it’s important. But maybe you’re still wondering, “What bitrate should I use?” Unfortunately, there is simply no one-size-fits-all answer to this question.

The ideal bitrate is the one that provides the right balance between visual quality and data intensity. This will be different in every scenario and depends on your video’s resolution and frame rate, as well as your own storage or bandwidth capacity.

The good news is, most video hosting platforms provide their own guidelines for bitrate and other settings. Vimeo, YouTube, Facebook and Twitch all have recommended bitrates (and other settings) for uploading and/or livestreaming to their sites. If you’re using these or other hosting platforms, we suggest you find their guidelines and use those as a starting point. But keep in mind that uploading and livestreaming will have different guidelines.

Likewise, most editing and encoding software suggest target bitrates based on your video’s other settings or how it will ultimately be viewed. In most cases, these default settings will probably serve you just fine. But if your files are bigger than you can handle, or you notice a lot of compression artifacts in your video — now you know where to look to adjust this.