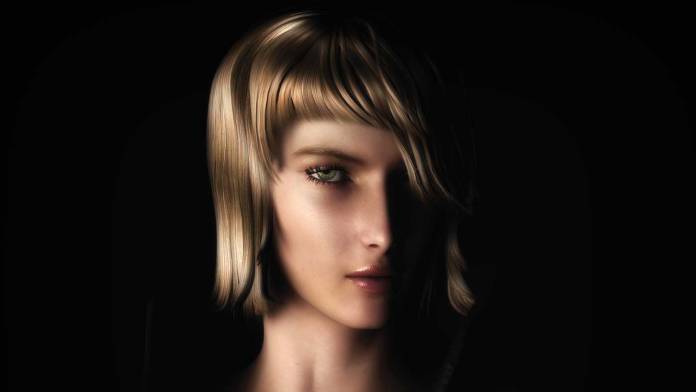 Cameo lighting sets the subject against a dark background. Thus, this technique allows the focus to fall strictly on the subject, rather than what is in the background. In short, the technique is often employed as a way to convey something about the highlighted character — that they are somehow isolated, contemplative or more important. More importantly, the lighting sets the mood of a particular scene while putting the concentration solely on the talent. A scene lit in this style will usually feel mysterious or melancholy, but cameo lighting can also be used in more cheerful scenes in some instances.

Similar to the Rembrandt lighting technique, cameo lighting is another distinct type of chiaroscuro lighting, also known as mixed lighting. Chiaroscuro is a term that means light and dark.

Simply put, the reference is to the high contrast light and dark style that affects the whole composition and scene. Chiaroscuro lighting is one way to create a three-dimensional quality on a two-dimensional plane, with the pools of darkness contrasting with pools of light.

Additionally, the style and application of cameo lighting have evolved throughout the years of cinema history. It often creates a dramatic noir-style of contrast with light and strong shadows. Overall, this lighting technique has proven to be powerful and effective.

For example, in one of the earliest examples of cameo lighting being using in a narrative production, the 1915 film, The Warrens of Virginia, the actors’ faces were half in light and half in shadow. The lighting was strange and was not convincing to studio executives. However, that didn’t stop other filmmakers from using and refining the technique as the language of cinema developed.

Use Cameo lighting to accentuate actors and props

Orson Welles used the cameo lighting technique frequently in his 1941 masterpiece, “Citizen Kane.” In fact, throughout the film, Welles uses lighting to give his settings dynamic gradients and compelling shadows. From scene to scene, lighting is a way to communicate something about the given characters and settings.

Cameo lighting is especially apparent in the “news on the march” segment of the film. The small windows on the top of the far wall of the room were the only source of light. As a result, the newspapers placed on the desks and the protagonist, Charles Kane, are the only things illuminated in the scene with the room full of reporters. Shadows conceal the faces of the reporters.

The contrast of the lighting and focus on the newspaper present a glorified image of the industry. It conveys to the audience a sense of the function of the newspaper in the film. Moreover, this style of casting shadows contrasted with a strong white light shining upon the protagonist is a continual theme throughout the entire film, emphasizing Kane and his influence.

Welles banks on the lighting and shadows to convey essential moods of the scene. At the time, the usage of the lighting was seen as revolutionary and dynamic. This is one of the reasons critics continue to laud “Citizen Kane” as one of the most significant and influential films of all time.

Cameo lighting and character development in “The Godfather”

While there are many more examples of the effective use of cameo lighting through the history of cinema, let’s take a look at one more well-known example.

Like in “Citizen Kane”, Frances Ford Coppola’s 1974 classic, “The Godfather,” puts cameo lighting to great use. One of the most memorable scenes in the film is actually one of the first. In this example, Cameo lighting highlights the caretaker like a spotlight. The focus is solely on the caretaker while his environment remains obscure. The audience is able to feel fear and despair due to the low-key lighting that darkens the background as if hiding something dangerous from the viewer.

The cinematographer, Gordon Willis, conveys the duality of good and evil using this contrast of light versus dark.

In this case, the angelic lighting on the caretaker contrasted with the shadowy background foretells a much darker and more criminal nature. The cinematographer, Gordon Willis, conveys the duality of good and evil using this contrast of light versus dark. Throughout the film, lighting for each character reflects their own personal intentions and traits.

Equipment and technique for cameo lighting

Cameo lighting requires bright, directional lights. In order to achieve good results, you will first need a hard light with barndoors or a snoot. Both of these tools help prevent light from falling where it isn’t wanted. Flags can also help block light from spilling into the background. In either case, the goal is to focus the light on the subject and not the environment. To create the signature spotlight effect of cameo lighting, place this highly directional key light high above the subject. Then, use minimal fill light to maintain the shadowy background.

It is important to note that using softer lights like LED panels and softboxes won’t be effective for cameo lighting. The lights have to be directional so that light doesn’t spill into the areas you want to keep in shadow. To learn more about hard and soft lighting, read How to Control the Quality of Your Light.

A final word of advice

On the whole, cameo lighting can convey mood and magnify the significance of the person or object in a scene. With cameo lighting, a pool of light against a dark background distinguishes your subject from their environment. The technique literally highlights the subject while de-emphasizing their surroundings. Now that you have this technique in your arsenal, think about how you can use it to tell stronger stories.