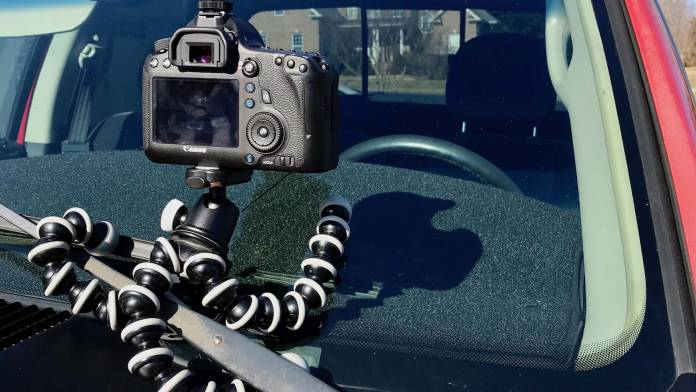 Here are three truths about filmmaking and video production gear; listen carefully. First–there’s a ton of it. Second– it’s expensive. Third– I want it — all of it. Its sultry siren song beckons me to cast off the life vest of rational thinking and dive headfirst off the deck of the SS Financial Security into the treacherous waters of top ramen dinners and double-digit bank account balances.

So, if you’ve been flipping through the pages of this issue with a bit of drool on your chin, wondering how much extra cash you could get selling your organs on the black market, consider this a slap in the face and a call to “Snap out of it!” Empty your online shopping cart and hear me out. You might not need any new video gear.

There’s more than one way to skin a cat

When it seems there’s a specialized piece of equipment for almost every shooting scenario, it’s easy to think you need it all to do it all. However, the truth is, your existing video gear is probably a lot more versatile than you realize. Even non-filmmaking items can be useful if they’re laying around the house. Did you know those 3D glasses from the movie theater can be used as a polarizing lens filter? Or, have you ever tried sitting your camera on a Lazy Susan to get smooth pans in spaces where a tripod isn’t practical?

Even non-filmmaking items can be useful if they’re laying around the house.

Before you bite the bullet on a new toy, take a deep breath. First, ask yourself if there’s any way to make things work with what you already have. To get the juices flowing, I want to share three stories from my own experience as producer and director on the web series The Hart Siblings.

In a montage from our third season, I needed to capture a long, smooth pedestal shot of a character’s room. A pedestal involves moving the whole camera body up or down, without tilting. Assuming you don’t want to go handheld, this is a difficult move to get without a jib or a pedestal tripod system. I didn’t have access to either. Yet, I had an air-cushioned light stand.

Using the standard 1/4” threaded tip on top, I attached my camera body directly to the light stand, and the rest was simple. I loosened one section of the light stand, raised it up a few feet, let go, and let gravity do its thing. The stand’s air-cushioned shaft lowered the camera down slow and smooth, creating the exact effect I was looking for.

In some instances, you might not even need any special gear to get the shot you want. That was the case in one episode from our second season, where I’d storyboarded a one-minute conversation between two characters in separate rooms of the house. I wanted to shoot the scene in one long, static shot, where both characters are visible and in focus the whole time. Sadly, with the actors being at significantly different distances from the camera, there was no way to have them both in focus without getting my hands on a very pricey tilt-shift lens. Or was there?

Rather than give up on my vision, or give in to the expense, I opted to fake it. We filmed the scene twice: Once with actor A in focus, and once with actor B in focus. Then with some simple rotoscoping and timing up the shots in post, voila! Tilt-shift effect without spending a dime.

Finally, one especially ambitious episode called for several shots with the camera affixed to a moving pickup truck. (The truck was being pushed by the actors, not driven. I do not recommend the following techniques at driving speeds.) There are several affordable and reliable car mount systems on the market, but we had no budget for the shoot and couldn’t afford even the most basic model.

It took a little creative thinking, but I was able to get all the shots I wanted with gear I already owned. I wrapped a GorillaPod around the side view mirror for a floating, outside-the-car effect; and around the windshield wipers for on-the-hood shots. The rest of the shoot only required a tripod with a horizontal center column and a 360-degree head.

I set up the tripod legs in the bed of the pickup, weighed down with sandbags and strapped for good measure. Then it was just a matter of swinging the horizontal center column over the side. I got all the shots I wanted, and even a few that wouldn’t have been possible with a basic car mount system. I couldn’t have been happier with the results. And best of all, I didn’t need to go gear shopping to get them.

When you get creative and think outside the box, you may be surprised by what your gear can do. But there is one more reason your gear might not be as a big a constraint as you think.

It’s not the wand, it’s the wizard

I’m far from the first person to say this, but we all need to be reminded once in a while: good gear doesn’t make good films. So, if you’re unhappy with the quality of your work, buying new gear is probably not the answer. I think this is one of the biggest misconceptions that beginner filmmakers have, and I was no exception in my younger years. Yet, this kind of thinking is self-destructive, and it needs to stop. Don’t blame your gear; blame yourself!

In other words, make sure you’re using your gear to its fullest potential. Denny Hamlin probably won’t win many NASCAR races in my family’s minivan, but I guarantee he can take it around the track in a faster time than I could. Make sure you know what you’re doing! Learn the proper techniques, then practice them. Read the manual! You might find out that you, and your gear, are capable of much more than you thought.

Before I’ll even consider dropping cash on a fancy new toy, there’s one damning question I force myself to answer honestly: “Why do I need this?” It’s far too easy to get caught up in the hype of a product and convince ourselves that our work will suffer if we don’t get it. So, we have to be tough on ourselves. Ask yourself this question, and be as specific as possible in your answer. Saying you need a “better” lens so you can take “better shots” isn’t good enough. Saying you need a lens with a faster f/stop so you can shoot brighter images in low-light conditions — that’s more like it.

Your best piece of gear