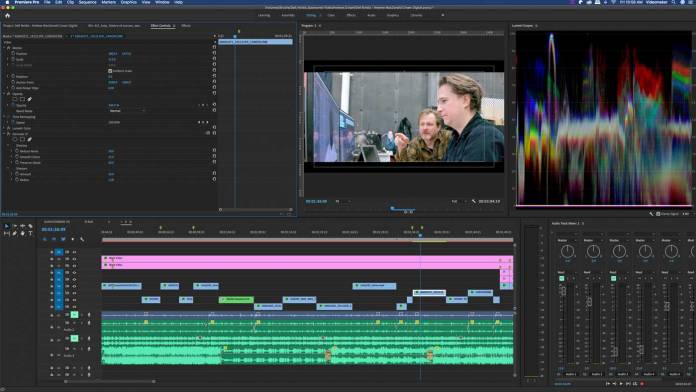 Accurate color, contrast, and luminance is a priority for any video professional. However, it’s a common misconception that the final display screen provides the best way to judge the quality of a video. Although this point of reference is of the utmost importance, it’s also deceptive. In short, the color and luminance of an image might look good on one screen but incorrect on another. All in all, you can’t judge the quality of a video by how it appears on a single screen. That’s a highly subjective process. In addition, the human brain naturally color corrects images for us, deceiving us into seeing what colors should look like.

Regardless of your niche market, chances are your audience will view your video on a variety of screens. Moreover, each of these devices will vary in the way they interpret and display image qualities. This includes the independent filmmaker using color as a narrative device and the documentary filmmaker or journalist who is shooting video in diverse lighting situations. Also, let’s not forget the corporate or event videographer whose paying client requires an accurate recording of the event they hope to share.

Fortunately, waveform monitors and vectorscopes are objective. These tools can feel like an odd way to view an image, but they accurately display precise color and luminance values. This information is critical for consistently delivering a high-quality video product.

In order to read waveforms and vectorscopes, you’ll need to understand the technical attributes that make up the video image. Firstly, video scopes measure two attributes: chrominance and luminance. A basic understanding and mastery of these two attributes will help you achieve your desired aesthetic for any video.

Luminance measures the brightness of an image

Each pixel has its own value that lies somewhere between pure black and pure white. If we strip away the chrominance of an image leaving only the luminance, the picture would appear to be in black and white. Understanding and measuring an image’s luminance is important helps us set proper black and white levels. It is also used to adjust the dynamic range of an image.

Chrominance is the color value of the video image

There are multiple ways to express chrominance in video. RGB is one of the most common ways to digitally measure and assign color. The acronym RGB stands for Red, Green, and Blue. In an RGB color profile, each pixel receives its composite color value through a mix of these three color parameters. For 8-bit color, RGB numerically displays the three parameters with each having a value between 0 and 255. The higher the number, the more intense that particular color. This means there are approximately 16.78-million possible colors with 8-bit RGB.

RGB is one of the most common ways to digitally measure and assign color.

While 8-bit RGB is common in digital media, it isn’t the only way to represent color in video. Still, the basic premise of combining red, green, and blue channels is predominant in video processing.

The waveform monitor measures the luminance of an image

Y-axis: The vertical y-axis of the waveform monitor is a scale of brightness. It goes from sub-black at the very bottom of the screen to brightness values that exceed white at the top of the screen. On most waveform monitors there are marks on the y-axis. These marks are representative of the luminance value, whether it’s on a scale from 0 to 100, or 0 to 255.

Video editors use the waveform monitor to measure their black point and white point. They also use it to view the dynamic range of the entire image. Similarly, we can apply and adjust filters to manipulate these values in the video image. If the footage is too dark, an editor will see this on the waveform monitor and can adjust the white point of the image to be correct. Likewise, an overexposed image can be adjusted to have proper black levels. In this way, the video editor is able to change the luminance values of their video with measured success.

The vectorscope shows the hue and saturation of the image

The polar display uses a graticule with specific color targets marked on it. Each of the targets marked on the graticule are representative of the colors found in standard video signal color bars. This includes red, magenta, blue, cyan, green, and yellow. This is why some videographers will shoot a color card target during production.

It’s all about accuracy

As a video editor, you cannot depend on the color accuracy of footage that comes into your edit bay. No matter how accurately your monitors are balanced, it’s still not enough to ensure correct color. The best way to achieve a consistent and accurate video image is through the use of waveforms and vectorscopes. Using these tools in unison, you can deliver video with technically accurate colors.