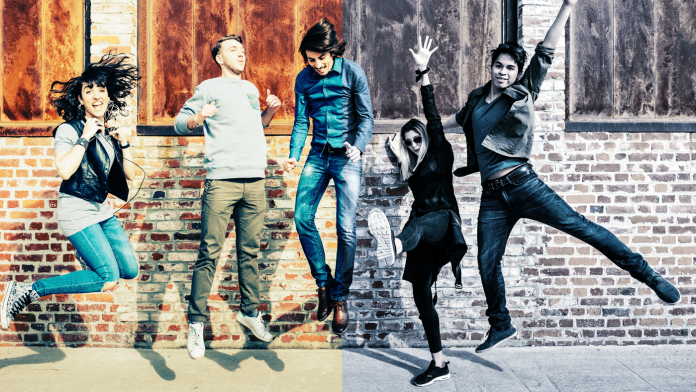 Itâs no longer enough to simply release an edited video without some form of color treatment. For many, this may mean just slapping a LUT over their footage and calling it a day. At the very least, itâs important to make sure you color correct first, to ensure your footage is coherent within that look. But color is even more powerful when you take it a step further, and approach color as a part of the storytelling. It isnât when it just looks cool, but helps serve what your film is saying.

If you do some research, itâs pretty surprising how much you probably already know about color theory. Blue is a safe color, red can represent passion, love, hate, etc. But itâs important to remember that not everyone is going to interpret the same colors with the same meaning.

Some people take most of color theory literally, but an often overlooked way to look at color is that it is more of a Leitmotif, which, once again begins on set.

Some people take most of color theory literally, but an often overlooked way to look at color is that it is more of a Leitmotif, which, once again begins on set. Any Pixar movie does a fantastic job of assigning colors to feelings, people and moods, sometimes discarding broader cultural associations. Likewise, Game of Thrones has very different looks for each of the main locations.

The look begins on set.

When it comes to color, one of the most effective things you can do is to have a plan. Starting in pre-production, much of your look will be determined by locations, production design, costuming and lighting. In the digital age, we have so much control over color in post that it can be overwhelming, knowing where to start if you arenât approaching it with a plan. This doesnât mean that you wonât want to try things that might be a little riskier when deciding your look, but having references and ideas is crucial.

Lighting is a powerful tool when it comes to achieving your desired color effects. Daylight (5500k) and tungsten (3200k) are the two main color temperatures youâll be working with in normal conditions, and thereâs a plethora of combinations you can get with color correction gels and dimming. You can use color separation to help make a scene more dynamic. Emphasizing the warmth of skin tones against a cooler backdrop, for instance, can be a great way to bring focus to your subjects, while emphasizing the divide between character and environment. You can achieve this by practically by lighting your foreground and background with different color temperatures, then white balancing your camera for one or the other.

You can also accentuate the color temperature of a scene with simple white balance adjustments, even when your lighting is uniform. The following image is lit with daylight lamps, but the camera was intentionally white balanced to around 4300K to accentuate the dull, sterile environment.

Notice that the production design and costuming match the overall look. The bland lighting is emphasized by the gray, minimalistic environment and the main subjects drab attire. Everything in the scene works together to conjure feelings of listlessness and melancholy, setting the scene for the story to come. It didnât take much in post to get from a standard rec709 conversion LUT to this image because the excessively muted look was primarily achieved on set.

In color sessions, many DPs think a lot in terms of warm and cool tones, but much of your mood can be defined by the green and magenta axis of the color vector wheel as well.

In the following frame from a music video, there was a gorgeous and very orange and pink sunset. I wanted something other than the standard warm sunset because this was meant to be an ethereal cut away alluding to a past relationship.

By a simple de-saturation and tint on the magenta axis, leaning more into violet, on the gain, I got the desired look.

For another project, a social media promo, I shot in blue hour. The actual resources for this one were limited, but I knew the look I was going for was fairly achievable as long as I exposed well. My references for this were some of the flashy but minimal and underexposed Reebok and Nike ads you can find online. I wanted a gritty and intense mood to match the quick handheld camera movements. This wasnât your typical high key, exercise video.

Going with a very yellow/green palette that I found in my references, I was able to achieve the results I wanted primarily with Lift, Gamma, Gain adjustments to create contrast and a quick acidic look in just a few minutes.

Stick to the story.

Cinematographer Autumn Durald has said a few things about cinematography that applies perfectly to color as well: âNowadays thereâs this attitude of âI can make something look great; therefore, Iâm a great DP.â But thatâs not what being a great DP is about.â You want to make sure the look youâre choosing fits the emotion of the scene and supports the story, rather than just the flashiest and âbestâ it can look. Color grading should help draw the viewer in, rather than pulling them out.