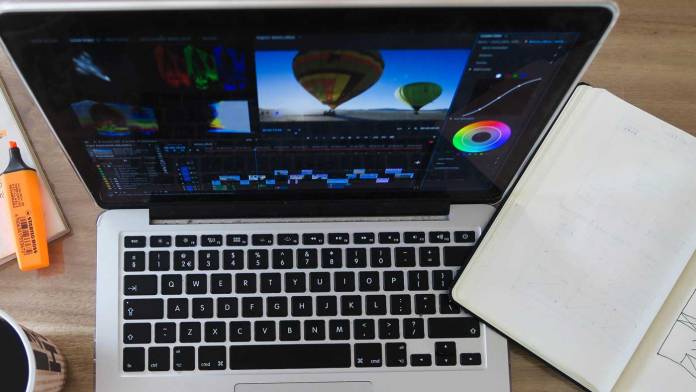 batch capture – the ability of software to automatically import selected clips from the source media based on a log of your shots.

chromakey – method of creating transparency in a video source by selecting a specific “key color” to create an alpha matte. It is frequently used on news programs to display weather graphics behind talent and for visual effects compositing.

codec – video compression technology used to compress data in a video file. Codec stands for “Compression Decompression.” An example of a popular codec is H.264.

color correction – the process by which the color and luminance values of video footage is altered for color accuracy and image fidelity.

color grade – the process by which the color and luminance values of video footage are altered for artistic expression or as a narrative device.

compositing – superimposing multiple layers of video to create a single image. Each layer may move independently.

crawl – text effect where text moves right-to-left (in the English-speaking world). Commonly seen as stock tickers or with Emergency Alert System activations on television programs. A crawl is usually seen at the top or bottom of a screen.

cross-fade – simultaneous fade-in of one audio or video source as another fades out so that they overlap temporarily. Also called a dissolve.

cut – instantaneous change from one shot to another.

cutaway – shot of something other than principal action (but peripherally related), frequently used as transitional footage or to avoid a jump cut.

dissolve – image transition effect where one picture gradually disappears as another appears. Also called a cross-fade.

edit decision list (EDL) – handwritten or computer-generated compilation of all post-production edits to be executed in a video work.

envelopes (also known as rubber bands) – a software tool that allows fading in and out of audio or video in various part of a track. You can use animation nodes or handles on the envelope to fine-tune the shape of a fade or effect control.

fade – gradual diminishing or heightening of visual or audio intensity. Usage: fade out, fade to black, fade in or fade up from black.

filter effect – a digital effect that is applied to a clip to change a specific parameter of video or audio, such as the color of a visual element or the reverb on an audio track.

HDR (High-dynamic-range) – HDR video has an increased dynamic range over standard-dynamic-range video, close to three times the number of stops.

jump cut – unnatural, abrupt switch between shots identical in subject but slightly different in screen location, so the subject appears to jump from one screen location to another.

mask – used to apply changes to a specific area of the image. Track masks follow a moving subject through either manual or automatic animation of the mask’s parameters.

matte – a second image layer used to make adjustments to your primary layer. Alpha mattes make part of the image in the upper layer transparent so another image can show through from below.

montage – a sequence of shots assembled in juxtaposition to each other to communicate a particular idea or mood. The implied relationship between seemingly unrelated material is used to create a new message.

non-linear – a somewhat archaic description of video editing systems that use hard drives for video storage. Non-linear systems allow random access of captured material, as opposed to linear systems using VCRs, that require fast-forwarding or rewinding tapes for each edit. Modern editing systems are computer-based and non-linear, so the adjective isn’t all that important to specify.

plug-in – a software addition to an editing or compositing program that adds features to the software. Typical plug-in functions include audio effects, encoding, additional visual effects and expanded tool capabilities.

RAID (Redundant Array of Independent Disks) – a method of configuring hard drives to increase data access speed, reliability or some combination of both.

rate stretch – a common video editing tool that allows the editor to change the time rate of a clip, thus increasing or decreasing its run time without changing the content therein.

real-time – occurring immediately, without delay for rendering. If a transition occurs in real-time, there is no waiting, the computer creates the effect or transition on-the-fly, showing it the results immediately.

render – the processing a computer undertakes when creating an applied effect, transition or composite.

render time – the time it takes an editing computer to composite source elements and commands into a single video file so the sequence, including titles and transition effects, can play in full motion.

ripple edit – a common editing tool that allows the editor to edit a clip the timeline without changing any edits that follow.

roll – text effect commonly seen in end credits, where text typically moves from the bottom to the top of the screen.

rough cut – preliminary edit of footage in the approximate sequence, length and content of a finished program.

scene detection – the ability of a video editing program to break captured video into clips automatically. Scene detection can be based on the time/date stamp data of the footage or based on optical changes in the scene itself.

scrub – the act of moving the cursor or playhead across the timeline manually. Once specific to audio tracks, the term is now also used to refer to video tracks.

slide – a common editing tool that allows the editor to move a clip to the left or right in a timeline while simultaneously trimming the two clips that surround it.

slip – a common editing tool that simultaneously changes the in and out points of a clip in a timeline while keeping the time span between them constant.

sound bite – any short recorded audio segment for use in an edited program usually a highlight taken from an interview.

sound effects – contrived audio, usually prerecorded, incorporated with a video soundtrack to resemble a real occurrence. Blowing on a microphone, for example, might simulate wind to accompany hurricane images.

sweetening – post-production process of adding music and sound effects or otherwise enhancing the existing audio with filters and other effects.

synchronous sound – audio recorded with images so the words sync with the mouth.

time code – discrete addresses given to each frame of video. Time code makes frame-accurate editing possible and allows editors to identify scenes precisely in a log.

timeline – an editing interface that lays out a video project in a linear fashion.

titling – process or result of incorporating on-screen text as credits, captions or any other alphanumeric communication.

transition – any visual changes between two discrete scenes. Cuts, dissolves, fades and wipes are the most common types of transitions.

wipe – transition from one shot to another, where the edge of the transition moves across the original image as a line or a pattern, revealing the new shot.

While this list doesn’t cover every single piece of jargon a seasoned editor might use, it should give you a decent handle on the most commonly used post-production terms. If you do encounter any unfamiliar vocabulary in the edit suite, don’t be afraid to ask for a definition — or at least make note of the term so you can learn more about it later on. It never hurts to learn something new about your craft.