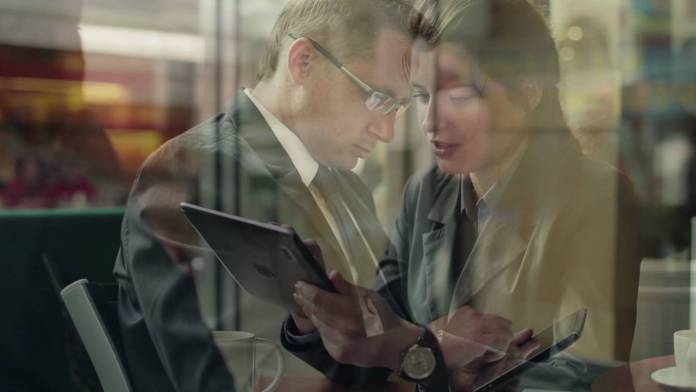 We are all told that the best kind of editing is the kind that’s invisible. It’s thought that if a viewer notices a cut or transition from scene to scene, they’ll be taken out of their immersion in the film’s story. However, sometimes it’s better to draw attention to transitions because they give the audience visual information that helps progress the story. For example, when fades are used correctly, they can help immerse viewers more than a traditional cut can.

What is a fade?

Fades have been used since the dawn of filmmaking. Fades transitions are traditionally called fade-out and fade-in. They’re gradual transitions that either has a scene fade from black or to black. There’s also a similar transition called dissolves, also known as crossfades. Dissolves are used to slowly transition one scene to another. It’s essentially when the current scene fades into the next.

Typically, fades and dissolves were used in the early years of filmmaking and have been deemed by many filmmakers as a dated technique. However, there are plenty of modern examples of fades and dissolves used to great effect. While they’re not used as often as they once were, when used correctly, they can be much more effective than using a standard cut for certain scenes.

Why use a fade?

When you use a fade video transition, it draws attention to the transition that is happening. When utilized correctly, the fade can actually use the attention it draws to further the plot and emotional impact of the scene. Fades can show a change of time, help us get inside a character’s head or imply parallelism.

Show a change in time time

Fades can be used to let your audience know there’s a huge change in the film’s timeline. It can be used to jump forward or back. It is a visual way of letting them know that there’s a change, without having to explicitly tell them. Now, in modern times, traditional cuts have been used to show jumps in time, like what you would see in a montage. However, traditional cuts are far less effective when there is a large jump in time that audiences need to be aware of.

Fades are more effective at showing a drastic jump in time because they grab the viewer’s attention and let them know there’s a transitioning happening. Traditional cuts work with short cuts in time because there isn’t a huge change in the plot’s timeline. It will likely confuse a viewer if there’s a sudden cut to a later time in the plot without any cue letting them know how much time has passed.

You can see how the fade can be used to this effect in Titanic:

To get inside a character’s head

Dissolve video transitions can also be used to visually show what is going on in a character’s head. It’s always best to show and not tell in film, so this is a great way to show what you’re character’s thinking at the moment. For example, in 1987 American horror comedy The Lost Boys, there’s a scene in the film when the protagonist, Michael, is offered a bottle of blood from a gang of vampires. Thinking it’s alcohol, Micheal drinks it and begins to hallucinate as turns into a vampire himself. Director Schumacher uses dissolves between scenes to give the audience the hallucinatory feeling that Micheal is feeling in the scene.

Fading can connect scenes more closely together than a traditional cut does. Since a fade is noticed, the viewer will pay more attention to the transition. The transition can be used to add more emotional impact to the story and achieve parallelism. Parallelism is often used to jump from one time period or location to another. While fading isn’t the only way you can achieve parallelism, it is one of the classic ways to do so.

An example of parallelism could be starting a documentary on the horrible conditions cattle endure throughout their lives, then fading into a family having a nice meal that includes beef. It connects scenes together more effectively than a traditional cut because cuts typically are invisible. The act of fading ties these two scenes together, allowing the viewer to infer the symbolism behind why these two shots were faded together.

Use fades when you want a transition to be noticed

Fades and dissolves are video transitions that meant to be noticed. They can be used to show a change in time, get inside a character’s head or achieve parallelism. While fades should not be used in cuts where the intention is for the transition to be invisible — that is better suited to cuts — they can drive the narrative in unique ways with intentional use.