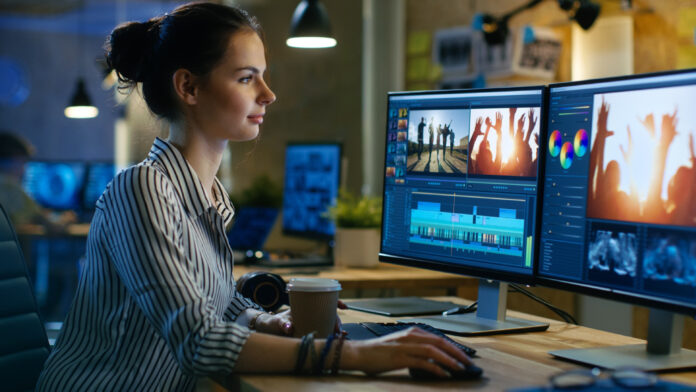 Parallel editing is an editing style you’ve no doubt encountered but possibly never identified. When you have two or more actions taking place in different locations simultaneously, and you intercut between them, you have employed parallel editing. When using this method, the locations and actions are compared and contrasted. The result provides a level of insight that the audience normally wouldn’t perceive. Parallel editing is most effective when the two actions or scenes relate to one another and play off of each other.

In this article, we will take a look at parallel editing and discuss what it is and how it’s used in cinema.

It is a difficult premise to nail down. There is a very fine line between the technique we are discussing and many other methods of editing. Parallel editing can consist of other edit devices, such as split screens, montages and cross cuts. Indeed, you may often see the term parallel edit used synonymously with “crosscut.” Ultimately though, they are different tools. The point where one ends and the other begins can become quite blurry. At the end of the day, it’s an editing concept. If you’re not clear about the name of the technique, that’s okay. It should not deter you from utilizing it. The important part is that you understand its purpose and what sets it apart from other types of editing.

For a perfect and simple example of parallel editing, let’s revisit 1990’s “The Hunt for Red October.” About halfway through the film, we find the scene in which the namesake Russian sub circles back on its course in order to detect anyone following it. This throws the crew of the U.S. submarine Dallas into a panic because they are indeed following the Russians and are about to be discovered.

During this tense moment, we are treated to a quiet and intimate conversation between two Russian officers on the Red October who carry on none the wiser. This is juxtaposed with the stifled tension that is simultaneously happening aboard the Dallas. The camera repeatedly alternates between these two locations. We essentially witness what is happening in both places at the same time. The editor justifies the parallel action by making it seem like the sonar station on the U.S. sub is actually listening in on the conversation of the Russian officers. They themselves are trying to remain quiet. The scene becomes all about listening, hopes and intent.

The use of parallel editing here makes it feel as if the crew of the American sub is essentially hiding in the captain’s room, hoping not to get caught. As the audience, we await the proverbial shoe to drop and all chaos to break loose, but it never does. They talk of freedom of movement, but in this situation, everyone is trapped on multiple levels.

This one moment becomes analogous to the entire film as a whole. It is a prime example of how much suspense can be generated with parallel editing. There can be no doubt that it was a major factor in the film’s editors, Dennis Virkler and John Wright, receiving an Academy Award nomination for Best Film Editing in 1991. Does the example meet the definition of parallel editing? Yes. You have simultaneous action taking place in two different locations at the same time. Yet these are two distinct and separate story threads that are “unaware” of one another and do not directly intersect. They only interact within the viewer’s mind. The cutting is critical, and each of the scenes enhances one another. The intertwining of the two scenes provides a greater understanding of the stakes as a whole, and the tension level rises through the roof.

Theoretically, had the Dallas crew actually heard the officer’s conversation, and that knowledge subsequently changed their actions, then we would be looking at one scene instead of two. In that case, one might consider this more of a montage or crosscutting. Parallel editing requires two or more simultaneous and separate locations/scenes. Again, there are very fine dividing lines amongst these concepts, but hopefully, the distinctions are beginning to become apparent.

Let’s move away from the concept now and turn more toward the technique. What does it take to make parallel editing effective? Like most forms of editing, this depends on why you are using it. Pacing plays a key factor in parallelism. Several successive shots will often have a very similar duration. This helps provide continuity in an inherently discontinuous situation. Deviating from this can then enhance emotion or alter tension.

To help blend the scenes into a coherent whole, you’ll also want to cut along similar movements and themes. Finding similar movements can create an additive effect, blending the scenes. Cutting on contrasting themes can often add to the tension. Consider the countless heist movies where parallel editing is used. A man with a briefcase of money is matched with the woman walking up to a counter across town. She distracts “Mr. Unsuspecting” and then heads to the elevator. When the elevator doors open, we see the briefcase man walk out from an elevator at his location, this time in disguise. All is going well. Suddenly, there’s a scream, and he runs. There’s an explosion. We then cut to the woman in a quiet office.

This is a prime example of how the placement of the cuts during the parallel edit sequence can determine the flow of action. It also sets the level of suspense and anxiety throughout the scene. Matching similar motions allows for flow while the quiet office contradicts the chaos of the explosion.

Grounding the viewer is also important. They must know which location they are observing at any given moment. Lighting and color timing are often employed to assist in separating the locations. Alternately, there are indeed times when you may want to trick the audience into thinking the two are taking place in the same location. One of the best-known examples of this takes place in 1991’s “Silence of the Lambs.” Here the parallel editing leads us to think the FBI is about to break in on our kidnapper. The payoff here is the misdirection, as it turns out they aren’t in the right place.

Context, pacing, perspective and mood are all essential elements for the technique of parallel editing. Considering these elements will result in a storytelling device that can influence your audience and drive home context and emotion. When implemented with care and at the right moment, parallel editing can be a powder keg of a storytelling tool.

There are further examples of parallel editing everywhere you turn. “Inception” (2010) is one of the most predominant references used to describe the method. “Birth of a Nation” (1915), “Christmas Vacation” (1989), “The Godfather” (1972), “The Great Train Robbery” (1903) and “Lord of the Rings” (2001) all utilize this technique to underscore the greater connection between seemingly separate moments, leaving the audience with greater insight, understanding and emotional response.

Finding the right circumstances where it can really shine can be a bit tricky, but once understood, it can take your editing in directions you hadn’t previously considered.