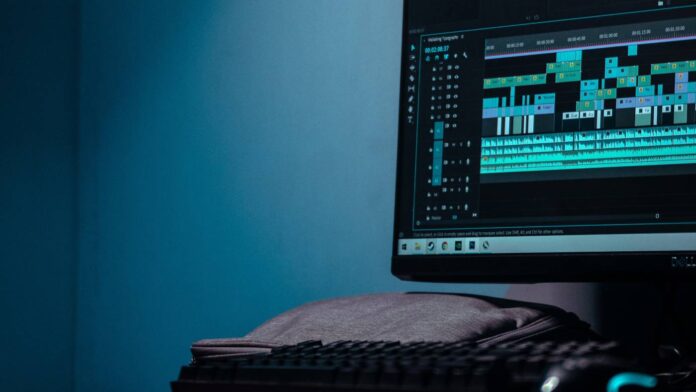 As we go through our lives happily editing videos in Adobe Premiere Pro, we build a toolkit of skills. We comprise this toolkit of shortcuts, efficiencies, workarounds, fixes and a plethora of things we know just work. Certain settings look great in the right situation. Some fonts work well for a certain kind of title. We all have effects we go to time and time again.

While most of us use some of Premiere Pro’s native effects, there are still so many we might be ignoring. It can be tough to know what all of them do and how to use them.

While we won’t cover all of them in this article, we will take a look at the most notable native video effects in Premiere Pro 2022. Some will be familiar; others may be new to you. For best results, open up Premiere, create a blank project with some scrap clips and try these effects as we go.

Extract – Extract is a cool effect that makes clips greyscale. It offers options to adjust images’ black and white input levels and softness.

Levels – Levels is a versatile effect that combines a handful of image correction functions. It allows you to adjust the brightness and contrast of a clip. It also combines the functions of brightness, contrast, color balance, gamma correction and invert effects.

Lighting Effects – With Lighting Effects, add up to five lights in a single instance of the effect. The available light options include a spotlight, a directional light and an omni (all directions) light. They can be handy in scenes where you need to animate a light or apply creative color correction. There’s also the option to add a bump layer, which allows you to use the texture of another image — or clip — and apply it to the cast light, giving the light some depth and grit.

ProcAmp – Professional broadcasters generally use video processing amplifiers to process SD and HD signals and change or clean up real-time signal parameters. The ProcAmp effect simulates this piece of hardware and allows adjustment to hue, saturation, brightness, contrast and split percent of a clip’s image.

Gaussian blur effect – The Gaussian blur effect softens, blurs and cleans up image noise. This blur, like most, is particularly handy in conjunction with feathered masks. In its options, you can choose whether the blur is horizontal, vertical or both. You can also set the amount of blurriness.

Reduce Interlace Flicker – this effect is handy if you ever find yourself working with interlaced footage. Because of how interlaced footage works, interlace flicker can appear, leading to distracting and unappealing striping. This effect will reduce this issue from occurring.

Invert (video) effect – The invert (video) effect inverts the color information of an image. It’s possible to invert all three RGB colors at once or individually. It’s also possible to invert the hue, lightness and saturation color channels as well. The same goes for YIQ – you can invert all three NTSC luminance and chrominance channels at once. You can also individually invert the Y (luminance), I (in-phase chrominance) and Q (quadrature chrominance).

Corner pin effect – This effect is particularly useful for overlaying an image or graphic onto an object in the scene and making sure it’s in perspective. The Corner Pin gives images a pin in each corner. You can manipulate these pins however you wish. Say you need to overlay an image onto a TV screen at an angle. You can pin the element’s corners to the edge of the TV screen to make it look like it’s on the screen.

Magnify – This effect is like a magnifying glass for all or a part of an image, allowing for wild, creative scaling without losing resolution.

Mirror – When applying the mirror effect to a clip, you’ll have options to decide where the center of the mirroring occurs. You can also rotate the mirror image. That’s it – the effect is pretty straightforward but a powerful, creative tool.

Spherize – The spherize effect wraps an area of your clip around a virtual sphere.

Transform – This effect is like a second line of defense for animating clip properties — particularly if you’d like them rendered before applying other effects. With the transform effect, it’s possible to adjust and animate anchor points, positioning, scale, rotation and opacity.

Turbulent displace – Turbulent displace is another effect that will immediately make sense to Adobe After Effects users. The effect uses fractal noise to create image distortions. There are endless ways you can use it. It can create anything from smooth, flowing images to wacky, animated ones.

Twirl – Twirl is a fun effect that’s comparable to putting your footage in the blender. You can choose settings like the radius and size of the twirl and where the center of the twirl is.

Wave Warp – This effect adds waves to your clips. After adding a wave, you can change its height, width, direction and speed.

Offset – The offset effect essentially allows you to pan the image within your clip. By shifting the center point of your image, the image repeats at the edge of itself.

4-Color Gradient Effect – With this effect, you can create a gradient with four adjustable colors. You can choose the gradient’s colors, position and how the colors blend.

Lens Flare – This effect creates an animated simulation of a lens flare.

Lightning – The Lightning effect creates fully animated lightning without the help of keyframes.

Ramp – The Ramp effect is similar to the 4-Color Gradient effect. However, it applies two colors and can either be linear or radial.

Black and white – This effect will convert your image to greyscale.

Color pass – The color pass effect will convert an image to greyscale but save a single color. Want a black and white image with a colored red rose? Color Pass can preserve the color of the rose while turning the rest of the clip’s colors to greyscale.

Color replace – The color replace effect replaces one color with another. After choosing a target color to replace, all of the instances of that color are replaced with the color of your choosing.

Gamma correction – This effect is handy for changing the brightness of a clip without dramatically affecting the highlights and shadows.

Alpha adjust – Alpha adjust allows you to adjust the transparency of a clip if you need to do it out of the default fixed effects rendering order.

Color key – The color key effect allows you to key out all of the image’s pixels similar to the one you select. This is great for removing green screens.

Luma key – This effect keys out all areas of an image with a specified luminance or brightness. This keying effect is handy for removing white backgrounds from logos or removing a dark section in a video.

Ultra key – Ultra key is a more powerful and adjustable general-purpose keyer. It uses more resources than the color key effect, so it will sometimes make sense to use the color key for cleanup and the Ultra Key for the main keying work.

Basic 3D – The Basic 3D effect allows you to move and adjust your clips in 3D space. You can rotate clips and dolly closer or further away, all while maintaining proper perspective in 3D space.

Color emboss – The color emboss effect sharpens the edges of objects in an image from a specific angle to give the appearance of depth.

Find edges – The find edges effect seeks out dramatic areas of an image and emphasizes them.

Mosaic – This effect creates a mosaic of single-color rectangles, resulting in a pixelated version of your image. There are options to change and animate the number of horizontal and vertical rectangles (blocks) in the image, which allows for some pretty neat creative options.

Posterize – Using the posterize effect allows you to choose the number of tonal levels (or brightness values) for the channels in an image, between 2 and 255. Using a standard RGB image means you can have as few as two tones for red, two tones for green and two tones for blue or as many as 255 tones for each. At 255, your image will look normal.

Replicate – Fans of 1980s music videos will appreciate this effect. The replicate effect divides the screen into tiles, with your entire image showing in each tile. There’s a handy slider to experiment with looks and it’s possible to keyframe and animate this effect.

Roughen edges – Adobe Premiere Pro editors use this effect to rough up the edges of a clip, creating rough effects on videos.

Echo – Adobe Premiere Pro editors use this effect to combine frames from different times in your clip to create various creative effects.

Time warp – This effect creates speed variances in a clip.

Auto reframe – Auto reframe calculates the subject in a clip and automatically reframes it.

Crop – Cropping allows you to trim pixels from the top, bottom, left and right sides of your clip. Once you’re done cropping a clip, you can either stretch your cropped image to fit the frame of the sequence or feather its edges.

Edge feather – Much like the Edge Feather feature in the crop effect, this effect allows you to feather the edges of a clip, creating a soft border.

Horizontal flip – This effect will flip your clip visually, so the right side appears on the left side and vice versa.

Vertical flip – This effect will flip your clip visually, so the top of the clip appears at the bottom and vice versa.

Block dissolve – The block dissolve effect allows you to create transitions where your clip disappears into random blocks.

Linear wipe – The linear wipe effect creates a simple linear wipe transition in the direction you specify. You control the angle and feathering of the line.

Cineon converter – This effect gives you control over color conversions of Cineon frames. Cineon files have 10 bits of data in each Cineon channel; this effect controls the range of tones being highlighted without affecting the overall tonal balance.

There you have it; every effect mentioned in this article allows Premiere Pro editors to harness their creativity and make the best videos possible.