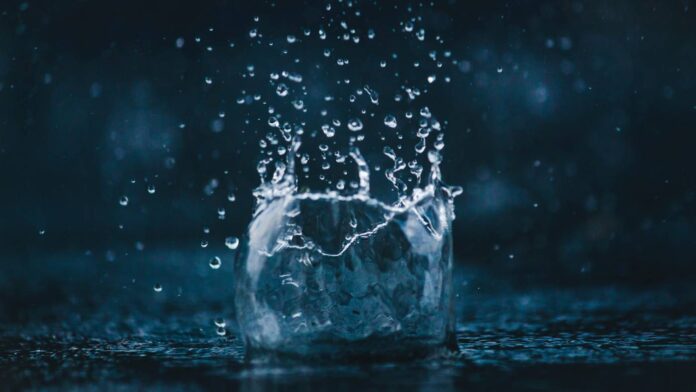 One of the most powerful features of video editing software is the ability to make your footage slow down. Slow motion, or “slow mo,” is the act of taking your video footage and slowing it down its speed. Back in the good old days of video production, changing the speed of a video was very difficult. However, today, video editing software allows editors to adjustments to the speed of their video clips with relative ease.

Let’s dive in a bit deeper to see how you can use these powerful tools to enhance your next video production with some slow motion.

Why should you slow this video clip down?

We’ve all seen sports coverage slow down playback footage of a football receiver catching a touchdown. We’ve also seen slow motion footage of the end of a horse race, used to determine which horse crossed the finish line first. In these cases, slow motion has a clear use case: to show a clear picture of what happened.

But why would we slow down video footage in cinema? While slow motion video can be used to analyze details of an event, there can be many creative reasons why a filmmaker would want to use slow motion.

Heighten the impact of a significant event

Often, slow motion footage can emote a stronger response from the viewer than regular speed footage can. It keeps viewers focused on the scene, conveying the impact of what’s happening on screen. For instance, it’s a common trope for filmmakers to slow down time when a main character is mortally wounded. Slowing down the scene makes the audience focus on the event and communicates this is a significant turning point in the film.

For example, in “The Lord of the Rings: The Fellowship of the Ring” (2001), the film’s director, Peter Jackson, uses slow motion to trick viewers into thinking an orc mortally stabbed Frodo in the battle of Balin’s Tomb. When stabbed, the scene slows down, showing Frodo’s painful cries and the reactions of his friends. The viewers are led to believe that the orc kills Frodo because of the scene’s slowed focus on his wound. The viewers later learn Frodo survived because he is wearing a Mithril shirt, a material stronger than steel.

Narrative filmmakers often use slow motion to enhance a feeling in their videos. For example, a film may feature two lovers walking down a beautiful beach in slow motion. A filmmaker can opt to make this scene slow motion. Making it slow motion allows the viewers to see how the couple are interacting with each other more closely, drawing them into their story.

Corporate videographers rely on slow motion to show how products work. Complex industrial machines can be very sophisticated. Slowing them down can help viewers see how they operate.

Additionally, online video producers will often use slow motion footage of activities to make it easier to see the real action of the shot. There are several YouTubers who specialize in doing activities and filming them in super slow motion. For instance, The Slow Mo Guys have made an entire career on YouTube uploading slow motion videos of interesting activities.

It makes a video fun

For the casual video producer, they can slow down footage of their family and friends in their home movies. These videos can be really fun to watch and enjoyable to produce. People can also upload their videos to YouTube or TikTok and get a lot of engagement if the video slows down a funny event.

How to get started with slow motion video

Almost all modern video editing software on the market has a slow motion tool. Let’s run through some of the popular ones.

Adobe Premiere Pro is a very high-end piece of video editing software. As such, it has a huge suite of available built-in effects. This pro-level software has been used for years to edit all levels of videos, from home movies to Hollywood blockbusters. Premiere can allow you to do amazing things to your videos to make them special and unique.

Here’s how to make your video slow motion in Adobe Premiere Pro. Follow the steps below:

Blackmagic Design DaVinci Resolve comes with many Blackmagic cameras and is optimized for Blackmagic RAW camera files. So, it is probably the best solution for videographers using Blackmagic cameras for their shooting. Although Final Cut and Premiere can import Blackmagic RAW files, they are not optimized to handle them as well as Resolve. Using software created and optimized for the footage you are shooting will significantly speed up the editing process, leaving you more time to make creative decisions. Below is the procedure for changing the speed of your video clips in Resolve.

OK that’s great but what if I only have a free app that’s on my tablet? Don’t be concerned if you’re only using mobile apps to edit your videos you still have a lot of power and control over your video footage. Apps like iMovie for the iPad also allow you to adjust the speed of clips in your project. As apps become more and more sophisticated these pro-level features will become more available in free apps. Below is the procedure for changing the speed of your video clips in iMovie for the iPad.

The world of video editing has changed dramatically in the past few years. As computers get more powerful and faster, software gets more innovative, helpful features. These advancements can only help you create better video for less. Tools and effects that were once limited to movie studios with deep pockets are now commonplace for consumer video editing software. Speed control, color correction, color grading and advanced audio mixing are just a few features that were, up until recently, impossible with PC or Mac-based software. In the case of slow motion, anyone with a computer or a mobile device can slow down the videos they capture.

The power and control video editing software gives you allows you to create pretty much anything you can envision. This means you can raise your production’s value to new heights based solely on your knowledge of the software. 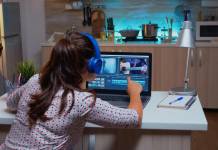