Kathryn Bigelow is an Oscar-winning director best known for her films “The Hurt Locker” and “Zero Dark Thirty.” She is the first and only woman to win an Oscar for Best Director, which certainly solidifies her reputation as a trailblazer in the film industry. Bigelow makes a remarkable impression with her visceral aesthetic choices, which center repeatedly around violence. Bigelow goes against the grain when it comes to the film industry with her drive to create high-impact films that also serve as social commentary.

Kathryn Bigelow’s films are not feel-good love stories. They are gritty, in-your-face films focused around violence and the inner psyches of her main characters. There is an ever-changing style in her films, which span over 30 years. She prides her work as a comment on the world in which we live.

There was a very prominent shift in style and tone from her earlier films to her more recent ones. In her earlier films, such as her first feature “The Loveless,” to “Blue Steel” and, in her 90s film, “Point Break” (1991), there is a sense of pleasure the characters derive from doing provocative acts.

Bigelow’s more recent films convey a strong sense of realism, as seen in “Detroit” and “The Hurt Locker,” both of which tap into a deep emotional reaction. When shooting “The Hurt Locker,” she shot various scenes with multiple cameras simultaneously, without telling the actors where they would be, to create a raw and honest feeling. She strives to get her actors involved in her film making process so they fully understand the situations presented in the plot.

With “Zero Dark Thirty,“ she was criticized for her torture scenes, which some claim were falsely depicted. However, she protested, arguing that “faithful research” had been done before creating these scenes. In portraying torture scenes, Bigelow wanted to bring awareness to the issue and felt that it could lead to conversations that were much needed. Her films leave a lasting impression by taking risks, which forces audiences to confront challenging questions.

Kathryn Bigelow creates films that have an impact, and she does this through her choices of imagery. She focuses on violence to get an immediate reaction from her audiences. In many instances, she will put scenes in slow motion to increase their potency and make them more vital to the story.

She uses different types of looks to create realism, like POV shots from “Strange Days,” which put you in the shoes of an attacker. The use of handheld shots helps bring the camera to life and makes the viewer feel as though they are actually present in the moment.

Focusing on topics such as war, crime, racism, sex and provocative behavior further lays a strong backdrop to keep the audience member actively enticed. Bigelow’s character portrayals are often strong-willed men that have a power-hungry mentality in their extreme circumstances. With all of these components in mind, she creates stories and films that people can’t take their eyes away from.

Bigelow has explained that she loves movies that give people an adrenaline rush, so she does this by creating complex film environments. In an interview with NBC, she speaks about scopophilia, which is “the desire to watch and identify with images of what you’re watching,” which surely speaks to many levels in her creative process.

She has an Oscar

The Academy Awards have been around since 1929, and in that time, only 5 women have been nominated for Best Director. Kathryn Bigelow is the only woman to win the award. Sadly, it gives perspective on where our collective stories are coming from, or more accordingly, not coming from.

What Can We Learn from Bigelow?

What is striking about Kathryn Bigelow is how she presents herself as a soft-spoken woman. Often, her films beg the question “How could a woman have directed this?” That exact idea is what we have to refute—our very own preconceived notions of what a woman can do. Jeremy Renner, the lead actor in “The Hurt Locker,” says it best in an interview with NBC. “What does a set of ovaries have to do with directing a film?” and continues on to say “She sees through her eyes, not her mammaries.” Although cliche, Bigelow brings home the point of doing what you love no matter how people may regard you. Direct without fear. 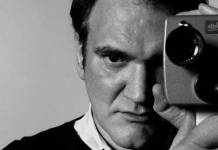 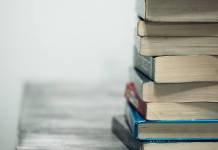