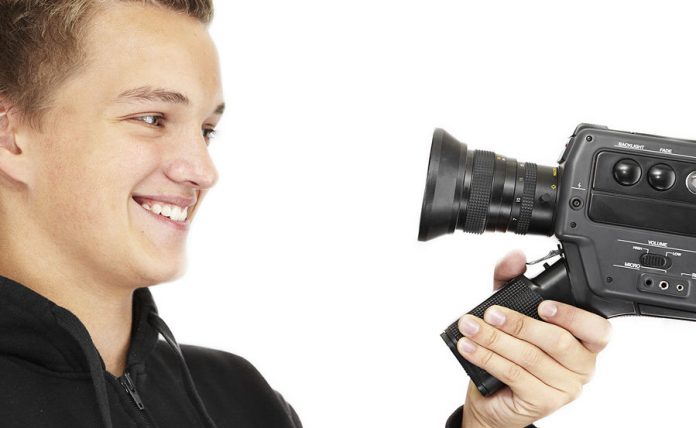 The point of view, often simply referenced as POV, is an important approach of your movie that you might not think about, but it can strengthen the overall story telling aspect.

A POV can imply a particular shot, a scene, or an entire movie and the POV is usually the vantage point from a character: who saw what, where and when, so to speak. A POV shot is implied that what the camera is looking at is what the character is seeing – it is usually shot at that person's eye height, whether they are sitting, sprawled on the ground or standing up. For example, a neutral shot that shows a small boy hanging upside down from the playground monkey bars might revert to a POV shot of what he sees upside down.

Another example: you see a wide shot of a woman sitting at the kitchen table (Neutral POV shot) and the doorbell rings. She gets up and walks to the door. The camera follows her, but as she opens the door, the camera now reveals a POV shot of exactly what she sees. The next shot might be her reaction in a neutral shot or it can then be a POV shot of the person (or object) she sees, looking back at her.

Setting a particular camera angle to reveal the perspective of your character is a powerfull way to control how your audience might react or accept your characters.

Sometimes, an entire movie can be shown at a particular point of view that can give hints to the secrets within the story that might be revealed at the end. Remember the 1999 horror-drama The Sixth Sense by director M. Night Shyamalan? In it, after a crucial plot defining scene in the beginning, the rest of the scenes all have the two main characters in them – either Doctor Malcolm Crowe (Bruce Willis) or the troubled youth, Cole Sear (Haley Joel Osment). The choice of the director to shoot the movie with the point of view of only these two characters was one clue to Dr. Crowe's fate. Osment's famous line "I see dead people", and the color red were other clues.

Movies with talking animals are often shot completely from the animal's vantage point, like Homeward Bound or might combine the animals' POV with that of their human handlers, as in Beverly Hills Chihuahua.

Not all movies have a specific POV, but when you work them into your story, you often strengthen your movie's plotline and give it better direction. And sometimes, it's fun for the audience to figure it out. For instance director Robert Altman's "whodunit" murder-mystery Gosford Park, set in a classic British style of murder at an English country estate, presented the entire movie through the point of view of the servants. With a huge cast including the captivating Helen Mirren, along with Michael Gambon and Maggie Smith of Harry Potter fame, the movie is witty and complex as ever. You might think that you're watching a classic "Have vs. Have nots" Upstairs/Downstairs style movie, but there's not a single scene that doesn't have a servant lurking in the background, hearing and seeing everything that goes on in the country manor.

Shooting a movie from your main character's point of view is called subjective – your audience sees everything through his or her eyes. This is classic style for Film Noir detective movies; you can almost hear the gritty-voiced leading man telling the mystery woman that appears at his door, "I smell trouble with a capital T."

But often, it's only select scenes that appear to have a specific point of view – the rest of the movie might be neutral. In Peter Jackson's The Lord of the Rings triliogy, when the character Gollum (Andy Serkis) struggled with his conscience, you saw Gollum's "good side" through the point of view from his bad self.

The opening scene of Francis Ford Coppola's 1972 hit, The Godfather was shot entirely from Don Corleon's point of view – you saw the lowly characters groveling at The Don's feet – perceived as a cold, soulless character.

Often POV is neutral, until a scene change calls for something more direct. A dance scene or a fight scene might be intercut with shots of each character's POV who often interact with the camera's POV. Many movies with a main cast of children might show adults as only necessary beings to drive a child from place to place, but who are often oblivious to the children's world. the POV is from the kids' perspective, parents are just ancillary characters until necessary to the plot. Super 8 is one such example: kids get into all sorts of mayhem that no adult would condone, had they had a hint of awareness of what the kids were up to.

Then there's the point of view where there's some magical character that only one person can see. The Ghost and Mrs. Muir is a classic example where only Mrs. Muir can see or interact with the ghost inhabiting her new home. Can you think of any more?

Here's a few more examples of movies with different points of view:

The Blair Witch Project: 1999 – POV of the main character through "found footage."
Tora! Tora! Tora!: 1970 – In the early days of Western war films, most war movies were filmed from the victor's point of view. "Tora! Tora! Tora!" broke that mold by featuring both American and Japanese point of view during the attack on Pearl Harbor.
Vantage Point: 2008 – The story is of an assassination attempt of the U.S. president told through the perspective of several characters. Each time a different character tells his or her story, the events unfold with a new vantage point and more details are revealed.
You're Looking at Me Like I Live Here and I Don't: 2012 – A haunting and loving POV narrative of an Alzheimer's patient and how she interacts with the world around her.
Invasion: 2005 – A real-time story from director Albert Pyun of an alien invasion seen from the point of view of the dashcam of a small town police car.

Coming up with plotlines, characters and shots is hard enough when making a video, trying to blend in a specialized point of view rather than a neutral POV adds some difficulty to the mix, but it also adds interest. Your best lesson: watch movies. Lots of them. Try to define the character's purpose and examine what the movie's vantage point, or point of view is – you're on the next step to movie greatness!

What movies do you think shows a character’s perspective in unique POV type of manner? Share with us in the comments section below.