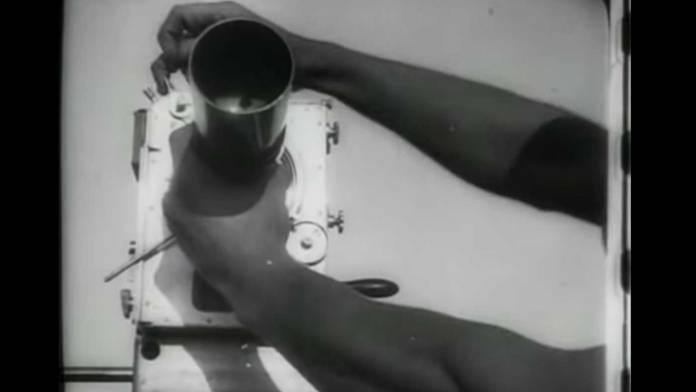 Film theory is a scholarly pursuit, which attempts to explain the essence of what film is. In short, it both reflects and provides commentary on the society it came from. Thus, in the academic world, Film Theory is a branch of Film Studies. As such, it is related to Literary Theory and Semiotics.

Great, but what does all that mean?

In brief, film theory is a way to think about the elements of film. Usually, it also looks at how film affects/is affected by the individual viewer as well as society as a whole.

On the whole, this article will give a brief understanding of the history of film theory and some of the major schools of thought within film theory. Plus, we’ll provide an overview of a few major film theorists and their thoughts.

The roots of film theory

Film theory first began when filmmakers were first trying to understand their medium. So, they analysed the mechanisms at play, which could provide meaning and impact for the viewer. More specifically, they studied what makes film stand apart as its own distinct art form.

Thus, filmmakers wanted to understand what was different about movies. Theorists in the 1920s focused on the camera and the edit as the two major factors that make film a unique artform. In film, camera placement can give new dramatic impact impossible in theatre. Think of a closeup, or a POV shot.

On the whole, editing provides new context and meaning through juxtaposing images. Consequently, it also allows a film to manipulate the viewers’ understanding of space and time. Much of this early theory emphasized film as different than reality.

Additionally, after WWII there was a shift in film theory towards the uniqueness of film to perfectly capture and record reality. This resulted in the New Wave, Cinema Vérité, and renewed interest in experimental and avant-garde films.

Plus, in the 1960s, film theory became heavily influenced by semiotics, psychoanalysis, gender studies and Marxism. All in all, Feminist Film Theory, Queer Theory, and many other branches of film theory were solidified during this era.

The 1990s brought the digital revolution. Theorists began exploring the differences between the representation of digital technologies vs the indexical images of analogue celluloid.

As technologies have progressed, contemporary film theory now looks at where and how we encounter cinema.

As technologies have progressed, contemporary film theory now looks at where and how we encounter cinema. New theories explore spectatorship and the collective experience of cinema. Plus, they examine how public screenings have different effects than viewing films alone.

Some theories of film

There are a wide variety of film theories. To summarize, some theories contradict each other, while others work together. These theories are like lenses through which you can view film.

Formalist Film Theory looks at the technical aspects of film — shots, editing, lighting, sound. Thus, formalists are concerned about how these elements work (or do not work) to create impact on the viewer. Simply put, formalism focuses heavily on how the style of a production communicates an intended message.

Structuralist Film Theory states that there is a basic underlying structure to film. By comparing patterns and relationships of the structure within a single film, and between several films, we can better understand meaning. Structuralism focuses on recurring themes as well as the use of signs, symbols, and conventions to interpret film.

Apparatus Theory states that film is unavoidably ideological in nature. The simple mechanics of representation — what is shot and what is cut — intertwine with the filmmakers individual point of view. This holds that creating a film is inherently a political act — either reinforcing or subverting the dominant cultural paradigm.

Marxist Film Theory is primarily concerned with the production of film. It focuses on the relationship of the filmmaker to the film, and the relationship of the film to the audience. Marxist theory is based in influencing the viewer through realistic and unbiased structure. With this, Marxist filmmakers use jump cuts and jarring edits to avoid suspension of disbelief within their audience.

Feminist Film Theory examines the relationship between women and film. Originally focused on depictions of women in cinema, Feminist Theory critiques The Male Gaze. In this framework, men are active participants in the world and women are objects that matter only so far as their relationship to men. Feminist Film Theory also questions how representation on screen and in the filmmaking process reflect the real world.

Queer Theory examines film’s role in creating heterosexual social norms. It examines and questions depictions of people whose sexual and gender identities have been historically marginalized.

Auteur Theory promotes the idea that the director ultimately is the author (auteur) of a film. This perspective holds that although others, such as the screenwriter and the cinematographer, are major creative forces, the director has final authority. That is, a true auteur has distinctive characteristics that mark their work, regardless of other influences on the project.

NeoFormalism is a push back towards looking at the very elements that make up a film and a rejection of the over-reliance on symbolism in modern theory. Neoformalists take into account to the cognitive effect of film on the viewer. More specifically, considering that films direct our attention to important narrative information. NeoFormalism also points out that art is not simply symbolism because, art often asks the viewer to look at familiar objects and concepts through new lenses.

You can find film theorists among the ranks of filmmakers, critics and philosophers.  This is a small selection of notable theorists and is by no means comprehensive.

Germaine Dulac was an early French filmmaker and film theorist. She began making films in the 1910s with an interest in differentiating film as a distinct art, separate from painting or literature. Dulac started out as an Impressionist, and her film La Coquille et le Clergyman has been regarded as the first Surrealist film. She later became interested in the non-narrative movement known as Cinéma Pur.

Dziga Vertov was a Soviet theorist and an early documentarian. He believed that the camera acted as a second eye, and through editing, actual footage of real-life could unlock deeply hidden truths about society. He often made his films in public places with secret hidden cameras. His film Man with a Movie Camera is a classic of documentary filmmaking. Sight and Sound ranked Man with a Movie Camera as the 8th best film ever made. His ideas have been influential with the Cinéma Vérité movement.

Lev Kuleshov was another Soviet filmmaker and theorist. He was particularly interested in the power of montage to create meaning and emotional impact. His theories of editing are still taught today as ‘The Kuleshov Effect’. His work also led to the theory of creative geography.

Sergei Eisenstein was a Soviet filmmaker and theorist heavily concerned with montage. Like Kuleshov, Eisenstein believed that editing was the essential aspect that set film apart. He deeply examined the power of placing juxtaposing shots together to create an idea or feeling in his audience that was greater than either image would have alone. His 1925 film Battleship Potemkin received acclaim worldwide and is still used in film schools to show the power of montage.

André Bazin was a French film critic and theorist whose work in the 1940s challenged the prevailing attitudes of the ‘20s and ‘30s. Bazin argued that what made cinema its own art form was its ability to capture reality. He felt that what made film unique was the ability to show objective reality using long-takes, deep focus and misé en scene. He was a proponent of documentary and Italian Neo-realism and was a founder and long-time editor of Cahiers Du Cinéma.

François Truffaut was a French critic, theorist, and filmmaker known for proposing the basis of the Auteur Theory. He was a particularly harsh critic. His debut film, The 400 Blows, won him the Best Director award at the Cannes Film Festival. Truffaut dedicated the film to his friend and mentor, André Bazin. Truffaut is known as one of the founders of the French New Wave movement.

Laura Mulvey is a contemporary British film theorist and filmmaker. Her work focuses on the intersection of film theory, psychoanalysis and feminism. Mulvey brought the concept of ‘the male gaze’ to the forefront of feminist theory in her 1973 essay, Visual Pleasure and Narrative Cinema. She called for a new female avant-garde film movement to counter the patriarchy of classic Hollywood Cinema. She then went on to co-write and co-direct several films, including the experimental Riddles of the Sphinx.

Bracha Ettinger is an Isreali-born, contemporary French film theorist. Her work has revolutionized the state of feminist film theory by introducing the concept of ‘The Matriaxial Gaze’ which finds women as the subject, instead of the object, but also deconstructs the structure of the subject itself.

Film theory is a framework to understand what films mean and how they relate to life. Understanding film theory allows viewers to find new levels of meaning within film. For filmmakers, theory allows us to better-hone our tools to create emotional and dramatic impacts on our audiences.

If you’re doing video production because it’s a wonderful hobby and you’re okay with spending your own money to make your video...