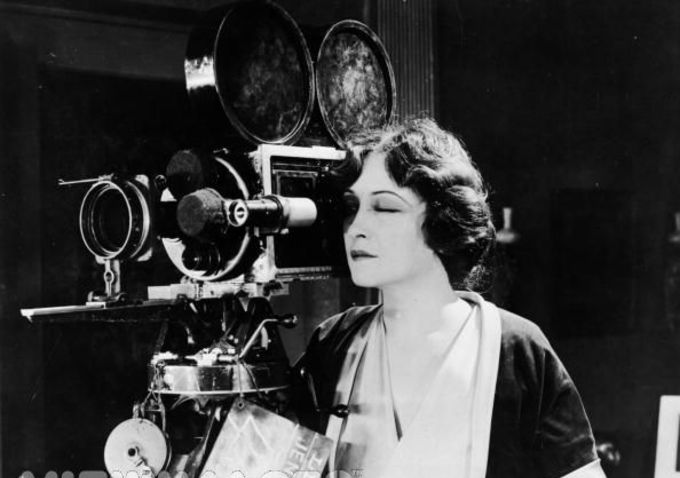 The film industry has always been a beacon of discovery and creation. The many contributions of women in the industry are influential, but are often overlooked and less recognized than their male counterparts. From its roots, the industry developed into an ever enticing business that produces works of art. Many notable scenes and various aspects of film production were shaped by women.

In the early days of filmmaking, women took part in the various processes of the craft, but not to the extent of men. Women worked as directors, editors, inventors, cinematographers and writers. They told their stories through their craft. These are a few of the many notable women in film history.

An absolute pioneer of her time, Alice Guy-Blaché is the world’s first female director. Born in Paris in 1873, she made her way into the film business as a secretary for Gaumont Film Company. She grew inspired after a viewing of the cinematograph by the Lumière Brothers. She urged Léon Gaumont, her boss, to let her use a camera to make a movie of her own.

Through this endeavor, she created one of the first narrative films, “La Fée aux Choux“ (The Cabbage Fairy), in 1896, one of over 700 films made under the Gaumont name. She developed techniques like split-screen, matching sound to film and is acclaimed to have created the close-up. She eventually moved to New York and created Solax studios, named one of the largest studios before Hollywood. Alice went widely unnoticed in the industry during her life, partially due to creating so much work under the Gaumont name.

Often referred to as the first-named “film editor,” Margaret Booth worked as a patcher at her first job out of High School in Los Angeles. The first film she worked on was “Birth of a Nation” by D.W. Griffith in 1915, where she earned $10 a week. She worked her way up in the business to be in charge of entire print production, overseeing every step of the production, from inspection to the shipment of film.

She then moved to the East Coast where she would get a job at MGM. Her work caught the attention of Irving Thalberg, the head of production at the time. The two worked closely together, and Thalberg gave Booth the well-deserved name of “film editor.” She only received one Oscar nomination in 1935 for “Mutiny on the Bounty.” She later received an honorary Oscar in 1978 for her contribution to filmmaking.

Another notable pioneer, Dorothy Arzner, invented the boom mic by using a fishing rod to propel a microphone. Arzner started out as a typist for Paramount Pictures in 1919. Through this, she learned about the industry quickly. She produced around 20 films made for women. With her experience, she became the first woman in the Director’s Guild of America. She also received a star on the walk of fame for her work. Known for her drive to make stories about women for women, Arzner often challenged the male gaze and objectification of women.

Other notable women in film

There are countless women contributors that go widely unrecognized. These women made room for those who would come after. Some honorable mentions from early film history include Leigh Brackett, who was a big inspiration for “Star Wars.” Writing sci-fi was her passion.

Another notable woman is Lois Weber. She took risks with controversial topics like birth control. She was the first American woman to create a full-length film in 1914. Weber was the only female member of the Motion Pictures Directors Association.

Skipping forward, women continue to shape the history of film. Chloe Zhao is the first woman of color nominated for Directing in Academy Award history. This win would make her the second woman ever to receive the award next to Kathryn Bigelow. She received a nomination for the film “Nomadland,” a story of a woman who lives in a van, travels around the American West and meets an array of individuals to have a meaningful connection. Zhao definitely has her own style that centers around connectivity between living beings.

Aside from the directing category, A number of women received nominations for sound design, acting, animation, documentary, visual effects, and more.

Although women have come a long way in the film industry, they still have a ways to go. The Center for the study of Women in Television & Film latest report on the Celluloid Ceiling gives insight into the employment of women in the industry. In the report, you can see an increase in the number of women working over the years. Although the number of women in the industry continues to increase, the ratio of men to women remains widely unbalanced.

Furthermore, Figure 3 of the report shows the data of women working behind the scenes from the 250 top-grossing films over years. Women remain under 25% of the behind-the-scenes workforce since 1998. In figure 6, you see that films show a low representation of women as composers of the top 250 films. In 2020, the ratio is 5 to 95, women to men. Through this report, you can see the disparity that is still alive in the industry for women. With this knowledge, there must be a collaborative effort to promote a need for more representation within the industry.

Being that the disparity is all too real, women in film need organizations to support their efforts. Women In Film is an organization that “advocates for and advances the careers of women working in the screen industries,” providing resources for programs, advocacy and events for women.

In the same vein, Women Make Movies is another organization working to support filmmakers. WMM classifies itself as “the world’s leading distributor of independent films by and about women, we amplify historically ignored voices and challenge the mainstream media.” WMM gives access to a wide selection of films made by women about women.

There are many more organizations that champion women in the entertainment industry. Some notable organizations include Camp Reel Stories and Ms. In the Biz. Camp Reel Stories is a program teaching young women useful techniques to create their own media. Ms. In the Biz is “the go-to resource for female entrepreneurs in the entertainment industry, focusing on creating careers.”

Ultimately, it is important that we persist in advocating for women’s voices and stories in all industries. The high focus film industry, in particular, should strive to lead in this movement. The industry must look at its discrepancies of the past and work to improve the future.