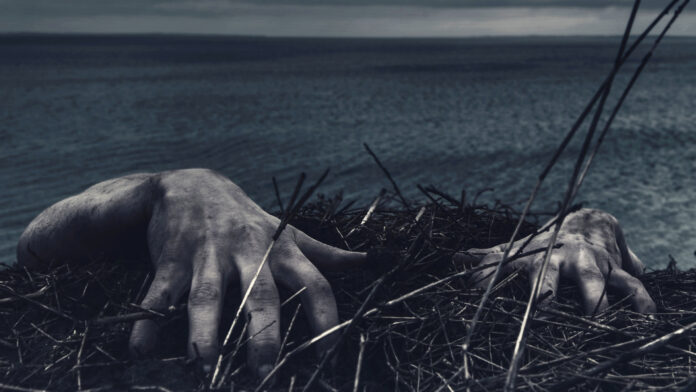 Folk horror is among the most popular — and oldest — subgenres of horror and has seen a resurgence in recent years. Between heavy thematic elements and more simplistic settings, it’s a prime genre for indie filmmakers to get into.

Defining and incorporating all the elements that make folk horror what it is, however, can be a tad difficult. If you’re delving into folk horror for an upcoming project, we’re here to help you sort it all out, ensuring you bring an authentic experience for audiences.

Where did folk horror originate?

Depending on who you ask, folk horror as a film genre originates in Britain during the early 70s. Meanwhile, other countries lay claim to folk horror films as early as 1922 — with the Swedish film “Häxan” (1922) — having all the hallmarks. In most of Asia, one could argue nearly all its horror films fall into the genre. There’s no specific set of rules/themes. Instead, it’s about garnering a specific atmosphere. It dabbles into many different genre elements while still being uniquely itself.

The origin of the “folk horror” term is easier to pin down. It originated in 1970, used by the British film magazine Kine Weekly. When talking about the film “The Blood on Satan’s Claw” (1971), originally titled “The Devil’s Touch,” reviewer Rod Cooper coined the term “folk horror” for the first time. Years later, in 2004, the director of “The Blood on Satan’s Claw,” Piers Haggard, would use the same phrase during a retrospective interview in Fangoria magazine:

“I grew up on a farm,” Haggard explains. “It’s natural for me to use the countryside as symbols or as imagery. As this was a story about people subject to superstitions about living in the woods, the dark poetry of that appealed to me. I was trying to make a folk-horror film, I suppose. Not a campy one.”

For many, the loose set of guidelines Haggard mentioned became the defining aspect of the subgenre. Folk horror, however, goes beyond that. At its simplest, folk horror can be any horror film that utilizes folklore elements to drive the story forward and bring the fear factor. No matter how you try to define it, what matters most when it comes to crafting a folk horror project, is capturing the intention of the subgenre.

Folk horror differentiates itself from the larger horror genre in several ways. While the ultimate goal is to leave you feeling unsettled and anxious, folk horror doesn’t lean into traditional jump scare tactics or gory imagery. Those aspects can still be used but aren’t the primary factor driving the scares. Instead, it pulls from local folklore, which changes depending on your location. We’re talking about standard urban legends or creepypastas that originated as modern online stories. Folk horror dives into the myths/legends specifically tied to a history and culture.

By and large, folk horror derives its chills in audiences by tapping into our most basic instincts about fear. Those childhood fears born of fables used to teach and protect, which eventually morphed into stories intrinsic to specific cultures. Folk horror takes elements of these stories and presents them in a fresh way that touches upon our innate fears.

While the ultimate goal is to leave you feeling unsettled and anxious, folk horror doesn’t lean into traditional jump scare tactics or gory imagery.

The story of Hansel and Gretel (and its many horror adaptations) is an excellent example of this at work. The story is a cautionary tale about strangers and trust, tapping into our fears of the unknown and being left alone. It’s perfectly suited for horror, despite its fairy tale origins.

What does folk horror include

We can debate the specifics of folk horror’s definition, but there are several tropes associated with the subgenre. If you’re looking to create your own folk horror video, these are some of the elements you’ll want to consider including:

Religion/The occult: If there’s one defining trope when it comes to folk horror, it’s this one. Every folk horror project includes an obvious connection to religion or the occult (witches, paganism, mystics, etc) as an integral role in its overall plot.

Stephen King’s “Children of the Corn” (1984) is a prime example of this. The film’s religious cult of children drives the ritualistic killing of adults while worshipping a deity known only as “He Who Walks Behind the Rows.” Similarly, TV shows such as “The Dark Secret of Harvest Home” (1978) or the more recent “The Third Day” (2020) also focus on outsiders and pitting them against fervent cultists.

Dealing with the unknown: Supernatural forces/elements often factor into folk horror stories — e.g. “The Witch” (2015) and “Apostle” (2018). Those supernatural elements, however, are not the primary source of fear in the story. Instead, the terror comes from how characters adapt to it or use it to further their own power.

Perhaps a community forms around the needs/benefits of a supernatural being. In order to maintain the status quo, the community finds themselves doing horrendous things. Such is the case with Gareth Evans’ “Apostle” (2018), where the creature at the heart of the story itself isn’t scary in and of itself. Rather, it’s the acts villagers commit in its name that bring the terror.

In other parts of the world, folk horror has far more direct connections to the supernatural. Most Asian folk horror put the focus on some manner of vengeful spirit — or demon — terrorizing unsuspecting mortals in period settings. “Kuroneko” (1968) and “Onibaba” (1964) are early examples of this, coming out in Japan in the 60s.

In other parts of the world, folk horror has far more direct connections to the supernatural.

Being isolated: Isolation is a crucial factor in folk horror movies. Isolation can have a number of meanings depending on the context of the story. Typically, isolation in folk horror is more about people finding themselves as outsiders coming into an established community.

In Ari Aster’s “Midsommar” (2019), Dani and Christian find themselves alone amid a sinister cult. Robin Hardy’s classic film, “The Wicker Man” (1973), features a similar situation. The film is about a police officer investigating a disappearance, only later finding himself as the prime target for an ancient pagan sacrifice.

The Indonesian horror film “Satan’s Slave” (1976) takes a different approach to the idea of isolation. Instead of putting the characters in new locations, it presents them instead as people who cut themselves off from their own faiths and religious backgrounds. In doing so, they unwittingly bring terror to themselves in the form of ancient demons.

Rural settings: Setting ties into the isolation factor as many folk horror projects take place in some sort of rural or older setting. The key factor, however, isn’t just about where things take place but the feelings connected to those locations.

Whether it’s a secluded farm, a retreat nestled away deep in the woods, an island or even a rundown town, it doesn’t really matter. What matters is there’s a sense of connection to the setting being of “the old world.” Audiences should feel they’re dealing with something ancient and powerful. In this, even modern movies can fit the folk horror mold (e.g. “Candyman” (1992), “The Blair Witch Project” (1999), etc).

Unsettling endings: Folk horror won’t leave audiences feeling warm and fuzzy. There are rarely — if ever — any surviving characters to cheer on as they escape their predicament. These projects will leave viewers completely unsettled.

Sometimes this takes the form of the protagonists failing or dying, but folk horror likes to subvert expectations. Frequently, we see protagonists end up joining in the horrors they’ve endured. Rather than overcoming the circumstances, they become willing participants.

We saw this in “The Witch” (2015) as Anya Taylor-Joy’s Thomasin joins the dark coven. Similarly, in 2011’s “Kill List” (2011), a hitman comes up against a brutal cult, ultimately ending with the cult crowing him as their new leader.

While enthusiasts may dispute its overall history and origins, folk horror is proving to be an evergreen subgenre in horror. The concept of outsiders coming against old-world forces rarely gets old. Folk horror’s deep roots in folklore and culture provide a wealth of ideas that have yet to be tapped on the big — or small — screen.