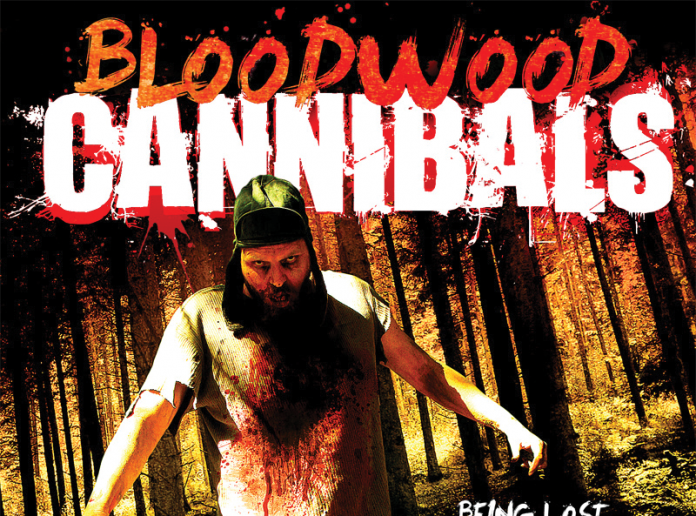 You’ve maxed out your credit cards and spent many sleepless nights making your independent horror film. Now what? If you want to make a profit and have your movie seen by anyone besides the cast and crew, you’ll need a distribution strategy.

There are many different avenues you can pursue for distributing your horror film. Traditional film distribution companies sell movies directly to theaters and retailers in regional markets. You can also self-distribute with the help of many online services. We’ll discuss the benefits and drawbacks of each avenue and how to determine which distribution strategy is best for your film.

What do we mean by “distribution”? There are actually a wide variety of avenues to deliver your film to the platforms and markets where it can be viewed and purchased by the public. Movie theaters, cable television, DVDs and Blu-Ray discs on retailer shelves and now online VOD (Video on Demand) platforms, all provide ways for the audience to pay a fair price for their entertainment.

Horror movies have remained popular over the years, and there’s a steady demand for low-budget films to satisfy fans of blood and scares. The advent of HD video has made it easier than ever to make these films. Unfortunately, these micro-budget horror features have flooded the market at a time when DVD and Blu-Ray sales continue to fall. Audiences are moving to VOD while studios and filmmakers struggle to adapt and profit.

So how can an independent filmmaker thrive in these changing times? By knowing your market. What’s your niche? Where does your target audience purchase their films?

If you want to make a profit and have your movie seen by anyone besides the cast and crew, youÃÂll need a distribution strategy.

If your movie is about evil aliens, research similar sci-fi horror films on IMDb.com and RottenTomatoes.com. Visit fan websites, blogs and forums. Which sci-fi horror film DVDs are they reviewing? What companies distribute those films?

Connect your film to your audience by creating a plan before you even start filming. Create promotional material with cast photos and “behind the scenes” videos, not as overt marketing but as a way to build a relationship with fans. The earlier you start to build a buzz, the more time it has to spread before the film is released. Create enough buzz and you won’t have to look for distributors. They’ll come to you.

Every filmmaker wants to see his or her movie in theaters, but theatrical distribution is rare for a low-budget horror film. Most go straight to video or VOD, if they are distributed at all. So what’s the difference between the movies that find distribution and those that sit on the director’s bookshelf? Marketability.

What makes your film marketable? Having high production values and recognizable names attached are two major factors. But even a low-budget film with no famous actors can be sold if it has a strong story and connects with the target audience. Distributors typically find these lower budget movies at film festivals and film markets.

Winning or even being accepted to a film festival increases the odds that a distributor will be interested in your horror movie. Knowing your target audience can help you target which festivals will best showcase your film. There are many festivals just for horror films.

You can also try selling your movie at a film market. Film markets are more like trade shows for producers and distributors, requiring a large up-front cost and the help of a sales agent, who will take a percentage of revenue from any distribution deals. Why go through the trouble? Because it’s one of the few ways to get your horror movie in front of large international distributors.

Traditional distribution companies can help get your horror film into a wide variety of channels and foreign markets, but they also take exclusive ownership of your film. For those who seek more control over the marketing and sales of their movie, self distribution has become a viable option.

Some filmmakers prefer to skip the middle men of sales agents and distributors, opting to sell and promote their films through their own website and various digital platforms. Unfortunately, most retailers and large VOD services like iTunes don’t accept submissions directly from filmmakers. Instead, you must rely on the services of Aggregators, companies that distribute films to the various digital channels for an upfront fee and/or a percentage of sales.

You keep a much higher percentage of revenues by self distributing, but you’re also responsible for all the marketing. It can be difficult for a small independent filmmaker to stand out amid all the other horror films, especially those which have the weight of large distribution companies behind them.

There are several key questions you should ask when considering your options. Which territories and channels does the distributor sell to? How long does your contract last, and can you get out of it if certain terms or sales goals aren’t met? What selling rights do you retain? Most distributors will let you sell autographed DVDs on your website or at fan conventions, but others can have tight restrictions on filmmaker sales.

You also need to know what “deliverables” are required by a distributor, ideally before you even start filming. Here are just a few of the items distributors will require: talent contracts, music licenses, production photos and an electronic press kit (EPK). Many will also want E&O (Errors and Omissions) insurance and Closed Captioning, which is now required for all U.S. titles.

The most important thing to understand is the distribution of revenues (who makes money, and how?). In what’s called a “Gross Adjusted Deal,” the distributor pays the filmmaker an upfront sum then splits the revenues 50-50 after the distributor has recouped costs. However, most low-budget horror films can only expect a “First Dollar Split Deal” which offers no advance payment to the filmmaker.

Be aware that there is usually a shared cost for deliverables and marketing. Know how much these expenses will cut into your revenue before signing any deal with a sales agent or distributor.

The audience migration from physical discs (DVDs and Blu-Rays) to digital delivery systems has left traditional distributors scrambling to keep up. Filmmakers receive pennies for each download of their film, much less than a disc sold at retail. Until recently, many distribution companies would consider VOD deals only as a last resort because they were believed to cut into sales of DVDs.

Digital distribution also facilitates piracy. Sadly, many horror movie fans download and watch films for free, not realizing how seriously this affects independent filmmakers. Without revenue to pay for our movies, how can we make more?

The Digital Age has widened the range of distribution options for low-budget horror films. Whether you make a deal with a traditional distributor or go at it yourself, it’s more important than ever to place your film where your target audience can find it for a fair price. It doesn’t matter what percentage you’re getting if nobody’s buying the movie.

As you create a distribution strategy for your horror film, remember that the key to success is good marketing. You have to do the research and hard work, even when you have a deal with a great distribution company. The distributor sells your film to retailers, but YOU have to sell it to the fans.

Don’t let your low-budget horror movie go unseen. There are options out there for any budget film, so get it distributed today!

What If I Don’t Do Horror?

No problem. There are niche markets for every genre from documentaries to faith-based films. The strategies we’ve outlined for selling a horror film can be applied to these kinds of movies as well. Know your target audience and create a distribution strategy that will deliver your film to them (and a profit to you). Create a marketable film that’s ready to sell. Have a plan before you even start filming, and you’ll improve your chances for distribution success.

Joshua A. Siegel is a filmmaker and a visual effects artist.