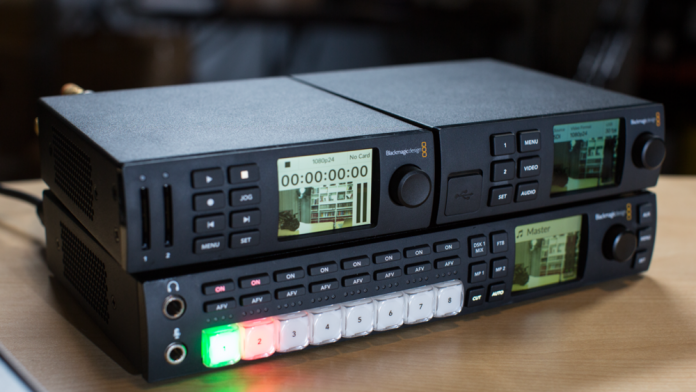 Lucky for you, we got our hands on them early and put them through the paces to find out: are they worth buying?

Neat blinky lights, but what do they do?

Think of these three products as a ready-to-go TV station that can fit in one rack space. Bring in signals through the ATEM and switch between them. Then, record  that signal onto SD cards in the HyperDeck Studio Mini. Then, broadcast your program via the Web Presenter.

The Web Presenter is $495 and allows SDI and HDMI video sources to be streamed online. With both a 12G-SDI and HDMI connection it will conform SD, HD and UHD sources to 1,280 by 720 to be broadcast via USB webcam protocols. On your computer, it simply shows up as a USB webcam. This gives you the ability to use any camera for Skype calls. You can even live switch between two sources when the Teranex Mini Smart Panel is attached, but that costs an extra $85. A streaming program is not included, so third-party software is required for streaming on some services like YouTube.

Next is the switcher in a half rack. The ATEM Television Studio HD is a live production switcher with eight inputs, with multi-view, aux and program outputs. It has analog audio inputs and built-in talkback when using SDI. The ATEM packs a big punch for just a bit under 1,000 dollars.

The HyperDeck Studio Mini, $695, is a deck that records and plays back 10-bit video using SD Cards. It has 6G-SDI and records up to UHD at 30 frames per second. It also includes HDMI monitoring, a built-in sync generator and ethernet for uploading to a FTP.

Over the past year, we have been in search of the newest and best ways to stream video to Facebook. That’s why these new Blackmagic products caught our attention. When we first started producing a show for Facebook LIVE we were shooting from a phone. It worked, but didn’t sound or look good. That prompted us to look for a way we could achieve professional looking and sounding video, so we took it up a notch by adding in professional support, lighting and microphones. Around this time, Facebook opened their streaming API to the world. This allowed us to ditch the phone and opened us up to being able to use a professional camera and have the ability to switch between multiple sources.

We’ve tried many different Facebook LIVE streaming solutions from Telestream’s Wirecast 7 to Newtek’s Tricaster Mini, the Livestream MEVO and even a few DJI drones. We’ve produced many shows in a half-dozen different ways and have settled into the Newtek Tricaster Mini because it fit our studio space and our broadcasting needs. Enter in the Blackmagic Web Presenter and the ATEM TV Studio HD, and we were drooling for a streamlined solution.

One of the difficulties of streaming on Facebook is that it doesn’t always work. Depending on the tools you use to stream, how well the stream works can vary greatly. We had great hopes that when using the web presenter, the process would be easier. Our hopes were dashed quickly when we realized that third-party software is needed to stream using the RTMP protocol that Facebook requires. The Web Presenter is compatible with OBS Studio, Livestream and Wirecast. UPDATE 6/6/17 : You can now stream to Facebook Live from Chrome without third-party software, but we were not able to test it.

We tried using Wirecast 7 to stream the signal, but the USB webcam protocol isn’t supported for Mac OS; it did not show up as an input source. Until there is a better option, we wouldn’t recommend the Web Presenter for Mac users.

Fortunately, we had a better experience with Windows. On a PC, Wirecast worked and the stream looked good. Unfortunately, though, wirecast is not free, and is an additional cost to stream.

With the addition of the Teranex Mini Smart Panel, the Web Presenter can switch between two signals. When switching an SDI input, there wasn’t any noticeable black when switching between the inputs, but over HDMI, there were a few frames of black during a switch.

If you want to live switch between signals, have a mix between HDMI and SDI inputs and want or need a compact form factor, the ATEM should be quite attractive. If you use SDI, it will allow for talkback when using Blackmagic cameras. To test it, we set up three cameras to switch between, but we had a bit of difficulty making this happen.

The ATEM requires all inputs to have the same frame rate and resolution. That said, it was suggested that we use 59.94. To test it, we plugged in an URSA Mini 4k and it worked great. However, add another camera, and that’s when we started having difficulties. When trying to bring up the second camera, a Canon 1DX MK II, it didn’t show up as an input. After turning off and unplugging both cameras, we got into a situation where we had only the 1DX plugged in and turned it on. Poof! Like magic, it appeared as an input. We celebrated, but quickly were plagued once again, when we powered on and plugged in the URSA. Now it wouldn’t show up. We then changed both camera’s to 23.97 and, voila, they both worked like a charm. We plugged in the third camera, a Canon 5D Mark IV, and it also worked. The lesson learned is to be careful of what frame rate you use as your standard. It could make getting cameras online easier or more difficult.

After that frustration, the ATEM worked as it should. Its easy-to-switch, simple transitions (like cut and fade) are assigned to buttons for easy execution. The screen on the front let us see the program out, and it was easily passed to either the Web Presenter or the HyperDeck Studio Mini. The big value in with the ATEM is that it’s simple, easy and affordable. A great use for it would be in a house of worship or within an educational setting.

For our demonstration of streaming online, the HyperDeck Studio Mini wasn’t necessary. However, it does make a great addition to expand the capabilities for recording your broadcast. We had no issues with it, and it was easy to use. A stand-out feature is that it can record onto one SD card or both at the same time.

Like we said before, there are many different ways to stream online, but none are directly comparable to each other. We see this as a great opportunity for manufacturers to be creative and innovative within the space and feel the best comparison out there is the NewTek Tricaster Mini.

The TriCaster Mini is currently 6,000 dollars — much more than the combined cost of all three of the Blackmagic offerings. As reviewed, Blackmagic’s total setup cost is only 2,270 dollars. To be fair to NewTek, you don’t need streaming software to stream to Facebook or YouTube. For a PC, you can add as much as $1000 or as little as $500 for Wirecast 7 depending on if you want the Studio or Pro version. Still, the whole Blackmagic package, on the high end, is around half the cost of the TriCaster.

We hoped that we had found a new and better way to stream to Facebook than our TriCaster. Unfortunately, we didn’t. During our testing, streaming with a MacBook Pro and Web Presenter was cumbersome. However, weeks after we concluded our review, an update rolled out that allows streaming to Facebook Live directly from Chrome, but we weren’t able to test it, as our review unit had been returned. Still, the ATEM and Hyperdeck Studio Mini are great for use with each other or separately and offer a good value. 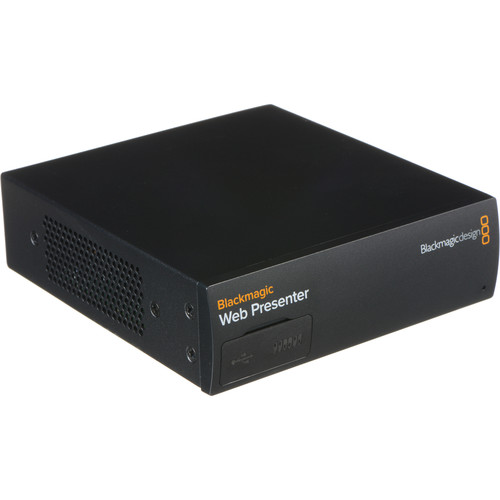 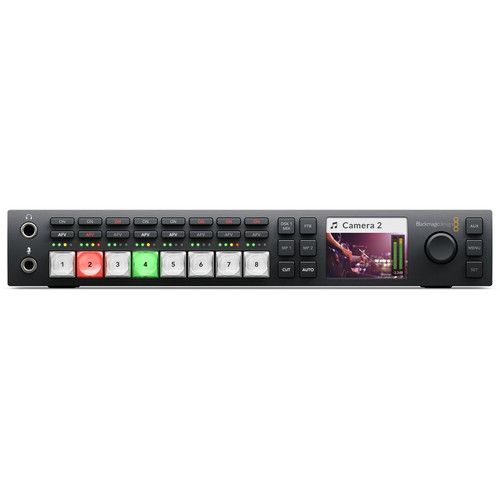 Think of these three products as a ready-to-go TV station that can fit in one rack space. Bring in signals through the ATEM and switch between them. Then record that signal onto SD cards in the HyperDeck Studio Mini and broadcast your program via the Web Presenter.

Chris Monlux’s background is in broadcasting. TV is in his blood. He is also Videomaker’s Multimedia Editor.