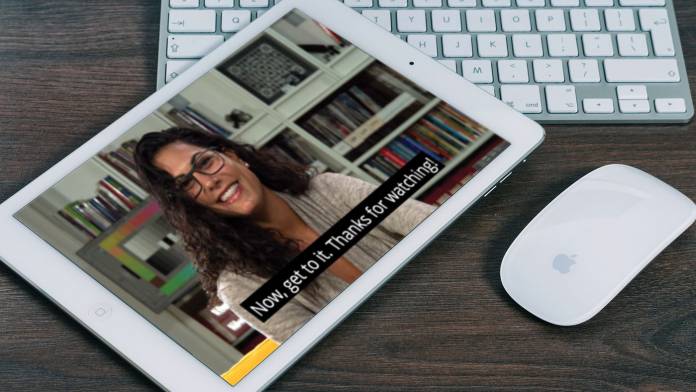 Congratulations, filmmakers! You’ve done what you set out to do. You have completed the task of shooting your video. You have done the hard work of constructing and editing the clips together to perfection, and the audio sounds just right. All that is left to do is showcase your project to the world. But before you press upload, there is one more thing to cross off your to-do list. One thing that tends to get overlooked in process of editing videos.

The idea of captioning one’s video can seem pointless at first. There are just words on screen, detailing the actions and sounds. Audio is what is necessarily for a video to work; without audio, a video is just pictures on screen. Good captioning, though, is just as important. Maybe even more.

According to Hearing Loss of America, about 20 percent of Americans have some degree of hearing loss. A large number of people who watch videos online may need captions to follow along with the story. With good captions that are easily available and readable, people will have the desire to come back for more, which will give filmmakers more views.

With the enormous amount videos being shared and watched on multiple devices such as smartphones and tablets everywhere and viewed at any time, it is important to have clear captions available when sound may not be.

Environment is one of the main reasons why people tend to use captions. Whether they are riding on a train home from work, studying in the library, hanging out in their dorm rooms or just standing in line at the DMV. Captions are a necessity when audio isn’t available. In today’s tech culture, videos are being viewed through creative ways. With the enormous amount videos being shared and watched on multiple devices such as smartphones and tablets everywhere and viewed at any time, it is important to have clear captions available when sound may not be.

When it comes to captions, there are a few things that one should know. To make clear captions, a video editor should consider color, font and size. Captions should not blend with the background. Think about foreign films. Most of the time, the subtitles are in yellow so they can be read against a variety of shots. Captions should stand out so viewers can distinguish them from the background. Having the right font will make it not only easy to read, but it won’t be a distraction from the video itself. Finally, captions should not be too big or too small. The audience should be able to clearly read what is being placed before them without ruining their eyes.

As filmmakers, we should consider captioning an important part of editing. Without good, clear captions, videos are more likely be skipped. Videos online are viewed on the go and sometimes muted, so think ahead. Understand that good captioning, like audio, should be thought out thoroughly.

Erin Vierra is a recent graduate of Chico State with a BA in Communications Design. She is now a freelance writer for Videomaker.