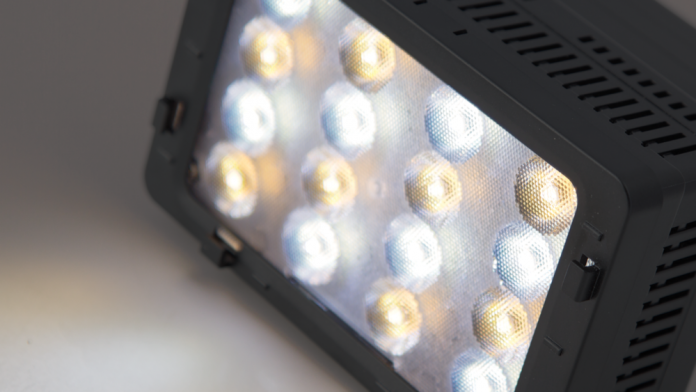 Tungsten lighting has been standard in film/video virtually from the outset of the industry. It’s ability to almost perfectly capture the correct color temperature has kept it in prominence for decades. LEDs aren’t exactly new, but it’s only been within the last five to ten years that filmmakers have implemented them. More and more are making the switch, and you should be asking yourself if the time’s right for you, too. Frankly speaking, the answer is yes.

There’s a plethora of reasons to make the jump to an LED lighting system.  They allow for a broader array of capabilities and adjustable color temperatures. They can be adjusted for daylight, tunable white/color, and can even replicate tungsten light. Traditional tungsten fixtures are great for interior lighting, but moving outside or to locales with lots of windows necessitates changing your setup. An LED, on the other hand, only needs a minor adjustment.

There’s a plethora of reasons to make the jump to an LED lighting system.


Beyond their flexibility, it’s also easier to make necessary alterations with LEDs as the operating temperature is far lower than with tungsten bulbs. Tungsten lights run incredibly hot and gloves are required to handle them — not to mention the bulb’s sensitivity to oils. Simply touching the bulb with bare hands leaves enough oil behind to be an issue, to the point of causing bulbs to explode in some cases.

LEDs don’t have the same problem and can be changed quickly without fear of injury. More so, they consume significantly less power than tungsten lights do. For instance, take an Arri T1 Fresnel light. It’s a 1,000 watt tungsten that gives out roughly 27,500 lumens of light. An LED with the same lumen output only consumes 210-250 watts on average.

That’s a massive difference and means you can plug in multiple LEDs to the same powerstrip or outlet, or even use batteries to power them  — ideal for off the grid shooting locations. This convenience alone makes LEDs a more viable option for video producers, opening up more opportunities while keeping your electric bill from skyrocketing.

Upgrading for the Future

Tungstens, having been around far longer, are understandably cheaper than the relatively new LED lights. It’s a fair point for detractors to make, but the price gap grows narrower every year as companies discover new ways to build professional LED fixtures better, faster and at a lower cost.

Despite the lingering price difference, the benefits of swapping to LED lighting kits will justify the purchase. Tungsten may be a little cheaper right now, but fixtures only have an average lifespan of roughly 1,200 hours. A similarly powered LED can boast upwards of a 50,000 hour life. Factor in replacement bulbs for tungsten along with wattage costs, and ultimately LEDs are the better deal.

For tungsten lighting, the writing’s on the wall. If you’re working from home on a smaller scale or just getting started in video production, making the upgrade to LED will keep you ahead of the game and save a lot of headaches in the long run.