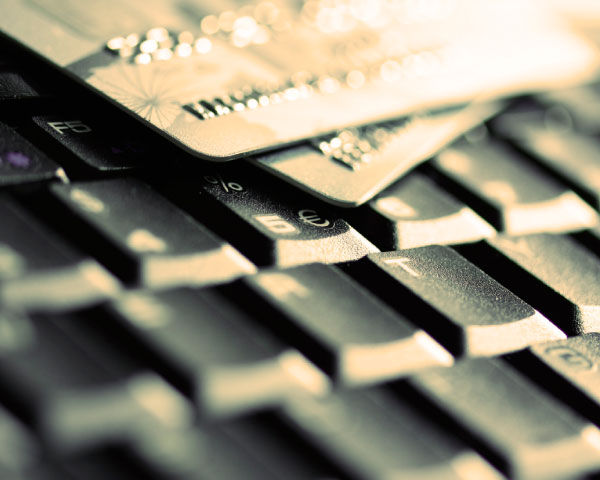 Cameras, mics, editing systems – within each category are many choices and for each choice, there’s a wide range of vendors from which to purchase. To save you from despair, here’s our “buyer’s guide for buyers”, a list of six principles to aid you in the purchasing process. 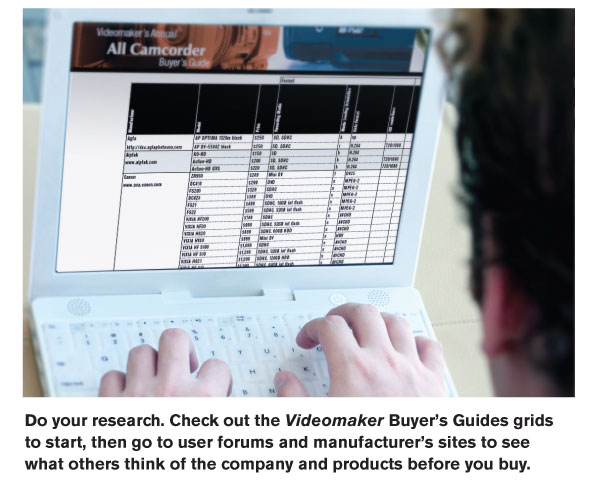 On paper, a particular piece of gear may look amazing, but real world use truly proves its value. Simply put, technical specs do not make a great product. That’s why research is so vital.

Read trade magazines, browse forums and ask other professionals. A good place to start is looking at the Buyer’s Guides grids offered by Videomaker. Also, it never hurts to get your hands on the item you’re looking at purchasing. This advice especially holds true if an item is quite expensive. It is probably worth renting the gear for the day in order to put it through its paces in a real world environment. Manufacturers are often overly optimistic in their descriptions!

2. All Sellers are NOT Created Equal

You type the software’s name into a search engine, and voilá! A list of vendors offering the program appears. The intuitive next step is to find the lowest-priced offering and buy it, but that’s probably not the best choice.

Be aware that scam artists abound in this industry. You’ll avoid being burned if you do a little digging first. Search for the store’s name online. Unhappy customers tend to be vocal. Contact the Better Business Bureau to see if the company is in good standing with them. Also, call and talk to a customer service representative. If they’re rude to you now, just wait until you have a problem with one of their products.

Next, make sure the vendor stands behind the product. Always important, but especially so when buying turnkey editing systems. Make sure the dealer is offering authorized systems that are absolutely guaranteed to work. There’s been more than one purchaser who discovered after receiving the system that their editing software and computer hardware didn’t work well together. (see sidebar)

It’s been said once, but it’s worth saying again: don’t let a low price pull you in. Before you get too attached to a great deal, examine the fine print with a magnifying glass. Here are some particulars to watch out for:

First, beware of the grey market. A grey market item was meant for sales overseas. Thus, it rarely has a US warranty, so the dealer can sell it for extremely low prices. You’ll save money, but if the product malfunctions, you’re out of luck. Make absolutely certain what you’re purchasing has a full US warranty. (As an example, due to the new digital TV changeover, the gray market arena might be flooded with illegal wireless mics. See FCC Wireless Laws.

Second, make sure everything is included. Stories abound regarding vendors that sell a camera for several hundred less than the competition, but don’t include the power supply or batteries. If you want those included, they charge a premium, making the total price more than from a reputable vendor. Your new camera should be boxed in its original packaging and have the company’s warehouse seal affixed and unopened.

Finally, some low-priced items aren’t a great deal because they truly aren’t worth much. Take the case of Daniel, a producer from North Carolina. He won some video lights off eBay that were being sold at a seemingly unbeatable price. It didn’t take long to discover that the fixtures were unreliable and didn’t work well. Before long, he realized that the “great price” was actually a waste of money. Lesson? Be willing to pay more to insure quality. A few extra dollars well spent is always a good investment.

4. Buy What You Need

It’s the American mentality. Bigger is always better. Following that theory though might mean you’ll pay more out of pocket than you need to. A better way to evaluate a possible gear purchase is to consider the return on investment. The standard formula is as follows: Savings/Investment = Return on Investment (ROI).

For example, if you shoot weddings occasionally, it might seem like a good idea to invest in a second camera. After all, having that alternate angle would sure make the edit a lot easier. But if you only pull out the camera three times a year, is it really a good purchase? Renting might be a more cost-effective option.

The ROI formula could look something like this: you’d save $600 buying the camera versus renting if you needed it four times this year. So $600 is your savings number. The purchase price of the camera is $3,000. Plug that into the “investment” slot. The result? By the end of the year, you’ve recouped 1/3 of your monetary outlay and at this rate, it will take three years to make the money back. A good investment or not? It all depends on what your goals are.

The point is to consider carefully before plunking down the credit card. Even if you’re not into financial equations, at least differentiate between what’s really needed and what’s just a cool toy. Nothing brings regret like an expensive piece of equipment gathering dust on the shelf. 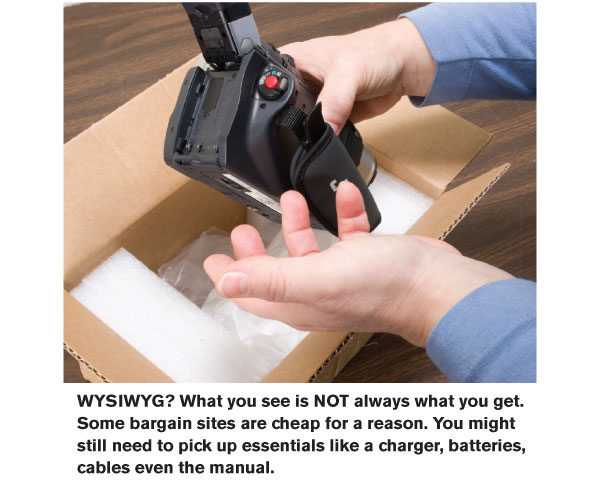 Used equipment can be significantly less expensive than its brand new counterpart. Conversely, it can also have problems and issues that the new item wouldn’t have. If you’re considering purchasing used gear, go into the transaction with both eyes open.

When Mark, a Washington videographer, saw a used camera advertised for 1/3 of its factory price, he jumped on the deal. But first he needed to verify the camera’s condition. He had it checked out by a local repair shop, and the inspection turned up a cracked viewfinder housing. The cost of repairing the camera was reasonable, so Mark bought it. The purchase saved him several thousand dollars. But take note that it wasn’t a straightforward transaction.

Like Mark, you can bag some great deals by purchasing used. Just keep some things in mind. First, carefully read the item’s description. Does it clearly state that the item works? While this might seem obvious, it’s easy (and dangerous) to make assumptions. Second, make sure you trust the dealer or can verify their claims. If there’s any doubt, it’s better to be safe than sorry. Third, just as with new equipment, check out the proffered warranty and the return policy. What kind of guarantee does the seller provide? (Again, eBay will be full of used mics that are no longer in code due to that pesky FCC wireless issue we’ve been harping about.)

Once you know what you want, it’s tempting to try to buy the item as soon as possible. Don’t be too hasty. If you truly want a good price, you have to take the time to shop around and compare deals. When you know the average selling price, then you can accurately gauge whether a deal is truly too good to miss.

This rule is especially useful when you’re buying used gear. There’s no set price for previously owned items. The price difference between sellers can easily be several hundred dollars or more. The key is to have the time to let one OK deal go by so you can jump on an excellent deallater. Set a reasonable target purchase price. Then when that piece of gear comes up for sale at your target, you can go for it with confidence. That’s truly the time to “buy now!”

Adding a new tool to your video arsenal is exciting, but only if you weren’t burned in the process. To protect yourself, keep at least this one rule in mind: a good consumer is an informed consumer. As you shop around for your next purchase, remember that knowledge is power…or at least a few extra bucks in your wallet.

Recently, an attendee of one of our Videomaker workshops expressed anger and frustration with the new computer and editing system purchased to edit video with. The salesperson at the big box discount store assured our attendee that this new computer was the “latest and greatest” and that ALL newer computers nowadays can handle ANY editing software. Obviously, he did not know his product. The attendee purchased a low-level bare-bones netbook, good for word processing, but very little else, and then purchased a very high-end, (too high end for a beginner) software online, because the workshop attendee was told “the biggest is the best”. Several members of our IT and Editorial department spent a good part of their class time trying to help our attendee out, but the bottom line was the attendee needed a new computer… again. Research is more than just asking a salesperson about the latest gizmos, but about knowing your needs and being able to articulate them.

Julia Camenisch is a freelance producer & stock footage shooter from the Chicago area.