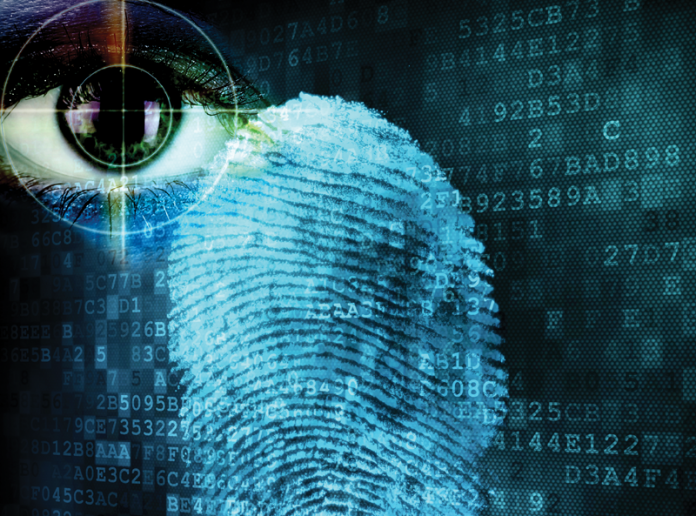 Much of what will be is also seen on today’s trade show floors as innovative companies from the most popular brand manufacturers to new companies you’ve never heard of, show tomorrow’s video technology.

There’ll be no mouse in your future, no keyboard either. You won’t need them because your touch device does it all — camera included. You’ll stream and share home video, storing it in the cloud for instant access and distribution. You’ll have to fight to create shaky camera movement, technology won’t let you do that. And, no more consumer camcorder market. Except for durable action sports units like GoPro’s HERO cameras, and those who need them.

In case you’ve not attended a trade show before, here’s a few things to watch for in 2020, and what to save up for, if some of them aren’t already on your birthday wish list — no crystal ball necessary.

Remember the dance company you once produced video for? See that mom sitting next to you at a dance recital for that same company today? Yeah, the one recording video with that nice touch device and the big, bright screen. There’ll be even more of them next year and every parent will be using one in 2020. Yes, they were told the event is being professionally recorded and edited; no cameras needed. But there are no dedicated cameras, everyone now uses a touch device or super smartphone, editing and instantly posting their child’s performance to YouTube before leaving their seats for the drive home. There will be no more uploading.

Consumer and hobbyist video production is all touch-oriented now and streaming video as a method of sharing and communication is an everyday thing. Even grandma is doing it or viewing it. The new home video features instant touch screen editing and Internet sharing. The DVD and their players are mostly stacked next to vinyl records, cassette tapes and CDs in the storage unit. Video production will get easier, creating quality content might still be a challenge.

You forgot to bring extra cards and the wedding went way longer than anticipated. Not a problem. Professional camcorders take a chapter from the consumer arena, providing seamless connection to editing computers, tablet devices, even other camcorders for instant backup. You’ve also expanded your business model to include streaming since this seamless connection allows you to set up in minutes now, so running wire and making hard connections isn’t an issue.

That new super lens makes getting a variety of shots and performing depth of field tricks a piece of cake, shifting at a touch of the camera’s screen to instantly change aperture or zoom setting without twisting a ring or searching for that tiny button you forgot to preset.

Top-of-the-line but within budget, professional camcorders have sensors that are four times the size of today’s full-frame sensors yielding megapixel counts in the 100s. In-camera stabilization in the professional units also will make it next to impossible to intentionally introduce shaky cam footage into your productions.

And while consumer cameras are no longer available or necessary, the advent of quality performance for mobile phones and tablets, along with incredibly affordable pricing, make having a few on hand for those extra POV shots a no-brainer, notwithstanding audio quality issues.

High quality audio recording devices from the microphone to stand-alone digital recording devices remains at the front of quality professional work standards, at prices unheard of today, but most consumers still won’t bother with it. The future for smartphone and portable pad audio might be the only ongoing issue in 2020.

For professionals, and through more affordable technology, you get stick-on mic placement virtually anywhere you want, at any venue. The auto-sensing devices lock onto your system settings, sending clear, crisp audio to not only the camera but a cloud editing base as well. The various channels of audio automatically adjust for surround sound, adding additional speaker sources as well for beyond-surround sound. This will all be automatic, with level controls that no longer build the gain to a point of overwhelming noise levels. Quiet spots are smooth and clean, while there’s virtually no delay in the limiter or boost for unexpected low/high levels.

Audio from cameras and TVs will be focused to a single user, no wires, like an invisible phone booth. The reception, clarity and signal quality will move beyond hardwired to a pristine level. No more riding the sliders for accurate level control.

Consumer and hobbyist video production is all touch-oriented now and streaming video as a method of sharing and communication is an everyday thing. Even grandma is doing it or viewing it.

YouTube and its rivals totally overtake traditional TV as the world’s preferred source for consuming, using, and sharing video content. The increased quality of production, range of special interest programming and overall entertainment value will move conventional production and programming to a list of things of the past. With, that is, the possible exception of some traditional broadcasting affiliates successfully making the transition to Internet programming.

You see it happening now, video at consumer hotspots among the fresh produce aisles, at the checkouts. There’s video at the gas pumps and your favorite bank’s ATM units. Excuse me, officer, but is that a camera you’re wearing on your chest? Ubiquitous, right? As common as it has become, everything will have a camera in 2020. You’ll be watching from one or looking into one wherever you go, whatever you do. How about those new vehicles with the backup safety units, look for them to be everywhere else on the 2021 vehicle you buy in 2020.

Novelties today, by 2020, cameras on wrist watches, glasses, the top button on your shirt, blouse or coat will be commonplace. Excuse me, citizen, is that a camera you’re wearing on your chest? The patrol officer who pulled you over may ask you to turn it off while making out your ticket — conflicting with the signal on his chestcam.

Camera-equipped drones will become as prevalent as bicycles. Everybody into any facet of video production, or surveillance, will have one. Bicycles will universally feature built-in camera units, as will skateboards, snowboards and vehicle dashboards. If it’s a device that moves, even a conveyor belt, it will have a camera.

All your digital devices will work together on a single task. You think that smartphone or tablet gives you control choices now, in 2020 you’ll use them to control the camera and your lights, wirelessly connect to your audio sources, adjust for tilt, pan or zoom while monitoring your shot, framing and quality, multi-multitasking. You’ll be able to use several affordable tablets to edit video on a giant screen.

The genius of Adobe will manifest as all professional level editing software manufacturers will move to the subscription model. This will become the norm for videographers seeking affordable professional programs that also feature Internet-based collaboration in an instant, and also a renewable revenue stream for the manufacturers. This consistent, predictable level of monthly cash flow from the consumer means even more frequent updates to their software.

Another one of those “that’s so 2013,” with resolution now in the 4k and 8k range. All prosumer DSLRs and camcorders will shoot at minimum, RAW 4k. Your smartphone will feature 4k video, and that level will become the common workflow resolution in 2020. It will be easily edited within Final Cut, Premiere Pro and Vegas, as well as a host of others. The frustration and clamor of dealing with such levels of resolution will quieten to nothing even as the noise and complaints regarding 8k production issues begins to rise.

Like its predecessors, 8k will earn the love and ire of professional producers. The upgrade path for many will be daunting at first. Discussion groups will wonder if the level of resolution even matters, something the human eye cannot hope to discern. But what about those video devices that are now replacing missing eyes or bringing vision to the blind? Will the 2020’s bionic viewing devices see what 8k has to offer?

Due to the technological advantages and affordability of production equipment, and the ubiquitous role online video entertainment plays in 2020, the most successful emerging video producers and filmmakers will gain their fame without the help of big studios. The last of the major studios have merged by now, creating a colossal production operation that has lost all control over the effect independent production has had on its bottom line.

Top content producers achieve success by starting their own projects and posting them online. Hollywood will return to valuing good writers above all, maybe even more than the A-list stars who haven’t been replaced by computer generated characters. Because the technology is so advanced and so affordable, more creative individuals will be able to shoot and edit, distribute and share quality video. Truly great ideas, powerful storylines, however, will be as rare as ever.

It’s not too hard to see what a few more years will bring us in video technology. From where video is now to where the above begins, is a tiny step into the future. What other options will be envisioned, invented and implemented by 2020? Or are they already here? We could be speaking of DVDs, hard-wired equipment, uploading video in 2015, “That is so yesterday.”

Innovations in video technology often get their start in military applications, but professional sports, surveillance and law enforcement applications are never very far behind. Google Glass has a potential game changer in play that could pull the Year 2020 video innovations and throw them into next season.

According to the CNET article, Oakland Raiders punter Chris Kluwe is a Google Glass Explorer, wearing the device during practice sessions. Could games be next? Writer Chris Matyszczyk thinks even linebackers will be giving armchair players a front-end view of all the intense action. It’s not award-winning video production yet. But soon?

In law enforcement, NBC News Technology’s Devin Coldewey, reports on police officers around the country who wear video cameras along with their badges and guns like having “digital eyes” to shield them from citizen complaints.

“Cop watch: Who benefits when law enforcement gets body cams?” is an interesting read on yet another video innovation. The popular technology news channel also features an article by Bill Briggs, who notes that summer blockbuster movies are featuring “gadget-draped” future fighters and so is the military. Matt Damon in Elysium is the featured flicker of the future, according to Briggs, but a military technology developer in Florida is working on a “… gizmo-rich, body-shielding uniform.” Is video going to come with that? Of course.

And somewhere in all this is an ultra-expensive curved screen television that is going to be the viewing implement of the future, according to CBS News in an interview with CNET editor-at-large Brian Cooley. It’s $9,000 right now, but prices are sure to drop, someday.