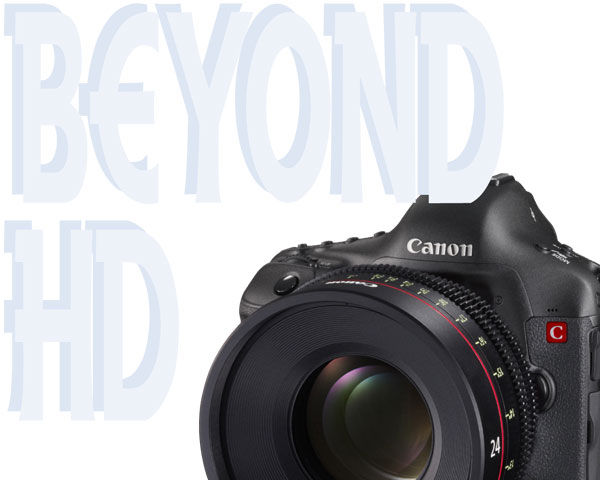 Ever since the day SLR cameras went digital, consumer demand for higher picture resolution has been insatiable. This demand resulted in cameras going from 1.2 megapixels to 12 in less than a decade. Now, with the coming of 4K televisions and camcorders, it seems the same dramatic explosion is about to hit the world of video.

Taking a quick look back in time, video resolution remained at 720-by-480 pixels from the birth of a standardized network broadcast television format (NTSC) in 1944 until the first high definition broadcast in 1996. That’s more than 50 years at the same resolution. However, only 15 years after the implementation of HD broadcasting, both camcorder and television manufacturers have already started producing 4K camcorders and televisions. This has revealed their intentions to stay ahead of the curve of technology, even if it demands them to create new equipment more frequently than ever before.

The New World of Cinema-Style

One of the first companies to embrace the resolution craze was Oakley founder Jim Jannard’s company, RED DIGITAL CINEMA. In 2007, they released a new camcorder called the RED One that could shoot at 4K resolutions for a much lower price than comparable 4K camcorders. Then, in 2011, the EPIC camera upped the resolution even further to 5K. Even more significantly, RED also demonstrated its Scarlet-X line of cameras that record images at 24 frames per second in 4K resolutions for less than $10,000, making 4K affordable for high-end users. For those with even shallower pockets, JVC announced of a prototype 4K camcorder with a fixed lens that should cost around $7,000. Currently, the camcorder records four simultaneous 1920×1080 feeds to four separate SD cards and stitches them together to get the 4K resolution. Though it’s not elegant getting 4K, it does so at an affordable price for prosumers.

Not to be left out, Sony also released a broadcast-quality 4K camcorder called the F65 which should be available around the first of the year, It shoots up to 120 frames per second, has a rotary shutter, records RAW images, and has almost every other bell and whistle cinematographers can’t live without. However, at $65,000, it’s likely to be a rental camera for most cinematographers.

Canon made a splashy foray into the world of 4K at a Hollywood event in November by announcing a new 4K concept DSLR camera. The camera will have an APS-H size sensor, shoot in 24p, and be similar in size to their EOS-1D Mark IV DSLR camera.

With all of these announcements, almost every major camera manufacturer has now shown their intent to embrace the emerging 4K video standard. Though the initial prices on all of the camcorders are relatively high right now, it seems like only a matter of time before home movies will be captured in 4K resolutions or beyond.

Of course, shooting at higher resolutions means you’ll need higher resolution screens as well. It seems television manufacturers are more than willing to meet that challenge. Unlike 3D technology which has been a tough sell for most television owners, there is an easily understood difference between a 2K display and a 4K one.

One of the first manufacturers to figure this out was Panasonic, who has already released a 152-inch 4K resolution 3D plasma screen which we saw at CES last year – albeit for $500,000.

Sony, Toshiba, and Sharp also decided to join the 4K party by releasing the Toshiba Regza 55X3 – a glasses free 3D 4K television, a 4K projector from Sony, and a 60-inch 4K television from Sharp at CEATEC in Japan for what should be far less than Panasonic’s offering. Once again, the price is a stumbling point with the Toshiba Regza 55X3 going for around $12,000 and Sony’s projector at twice that price, but given a few years; these prices should be low enough for most consumers to afford. Of course, by the time that happens we may already be drooling over the prospect of 8K TVs.