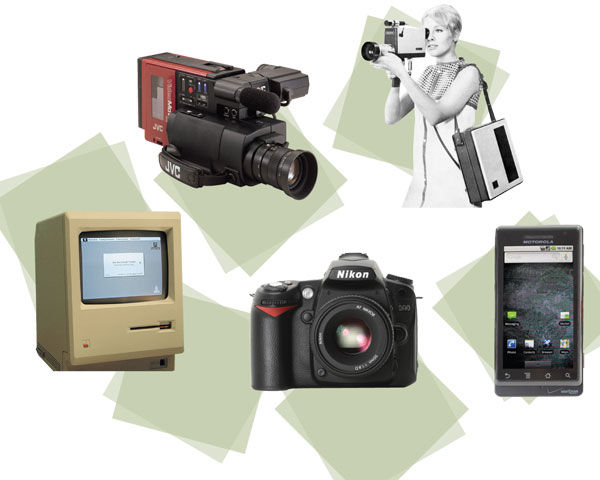 As a tool for a television broadcaster or a well-moneyed consumer, the craft of video production was an elitist's profession or hobby in the early days. Not only did you need to have the means, but the creative gift and the technical skills to produce video.

The first Home Movies were made using film – celluloid, and the consumer film camera only came out for very special occasions. Many times one roll of film that would cover an entire year's worth of events. When video arrived, it was still a costly hobby or business; the average camcorders ranged from $1,500-$2,300 and their footage was horribly lacking in quality.

From poor low-light abilities to limited color saturation and bland contrast, film was still preferred by professional and serious users. But video has evolved tremendously from its cumbersome and expensive beginnings.

From huge shoulder-mounted camcorders to smartphones; from mega tape-to-tape editing suites to simple computer editing; from VHS distribution to the internet; from streaming video to instant uploading, video has come a long way!