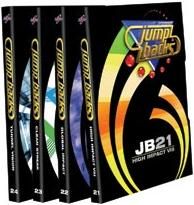 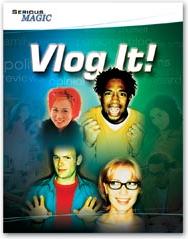 Serious Magic's Vlog It! is designed to help Web log keepers easily add video content to their blogs. Vlog It! includes chromakey support, allowing you to place a background behind you, as well as the ability to add other media clips to your vlog entry. Users can render Vlog entries as Windows Media or Real. 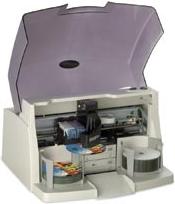 Primera Technology's BravoPro Disc Publisher is an automated CD/DVD burning and printing system. BravoPro copies and prints up to 100-discs per job hands-free with both Mac and PC compatibility. BravoPro is available with two 52x CD-R drives or two DVDR/
CD-R combination drives that record DVDs at 16x and CDs at 32x. The BravoPro's 4800 dpi printer prints full-color, photo-quality images directly on the surface of the disc.