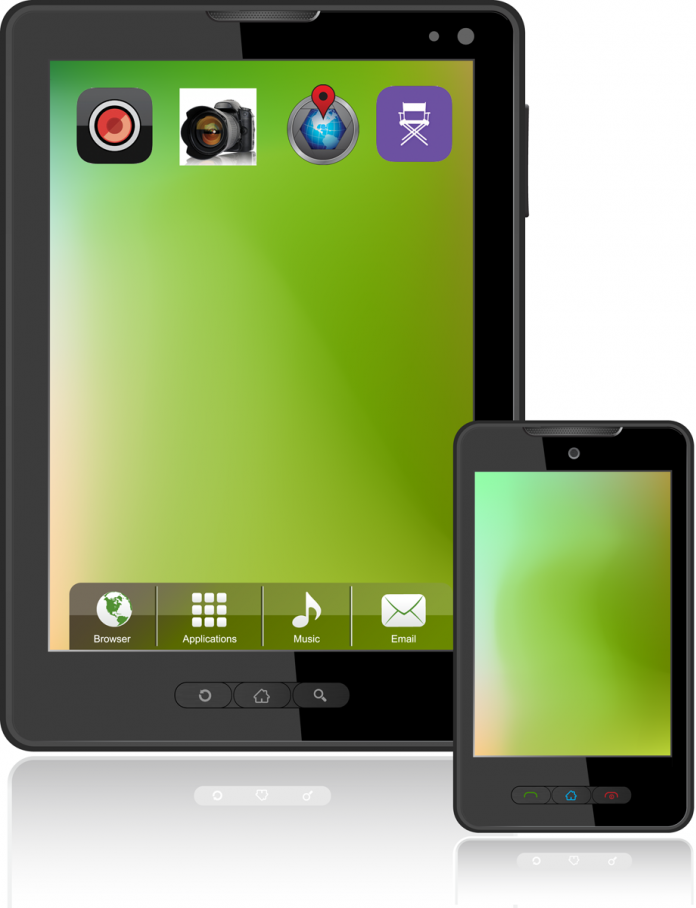 The app marketplaces for iOS, Android, Windows Phone and Blackberry 10 are constantly growing, providing the portable filmmaker with new toys and tools on a daily basis. From golden hour calculators to location scouting apps, we will look at a few of the latest and greatest. For this installment, we’re looking at Map-A-Pic Location Scout, SloPro, Directr 2 and Photo Tools Pro.

Sea To Software’s location tool, Map-A-Pic Location Scout, allows video producers to save, tag and organize shoot locations they come across. Up to 10 photos taken within the app or uploaded from the Camera Roll can be stored to each location, along with GPS coordinates, street addresses, as well as names and notes for each spot. Additionally, the app calculates sunrise, sunset and magic hour times for any saved locations, or the present position of the device.

Sand Mountain Studios have come up with an interesting app with SloPro. Designed to shoot footage at high frame rates, and simulate even higher ones, SloPro was developed with dramatic slow motion in mind. How fast are we talking? iPhone 5S can shoot a claimed 120 frames per second, and 500 and 1000 frames per second can be simulated using something called optical flow. The app also has functions for editing footage, including setting in and out points, as well as setting speed cues for fast and slow motion. Completed masterpieces can be uploaded directly to YouTube or Facebook, or for a fee users can open an option to send finished videos through email, add to their Camera Roll or save to iTunes.

Revamping the popular Directr in September 2013, Directr Inc.’s Directr 2 is a storyboard driven production app geared towards making storytelling videos simple. In addition to being able to create videos the traditional way – shoot, edit, deliver – Directr 2 has a library of preset storyboards, which guide users through the process of making a video that tells a story. Footage can be uploaded directly from the Camera Roll, or shot within the app, then trimmed and captioned. Scenes can be added, deleted or moved to a different spot in the production. Directr 2 includes built-in soundtracks, or music from the device can be imported.

Not to be confused with an app with the same name on iOS, Hans Cappelle has developed a set of photography tools for “professional photographers and advanced amateurs”. While not directly aimed at the video market, the tools included in the software are useful for any camera enthusiast. Some of the tools include a depth of field calculator, field of view calculator, time-lapse calculator, light meter, blue and golden hour calculator, as well as literally dozens of other features.