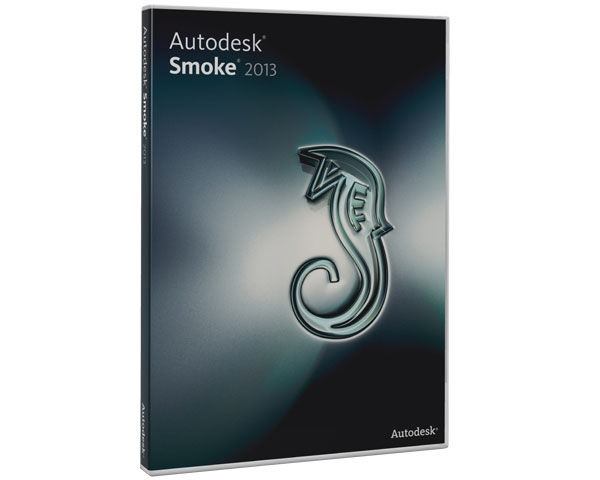 Introduced at NAB 2012, Autodesk's Smoke 2013 was a surprise darling of the show, dazzling us with not only a fresh new interface, but also a new price that is reduced by more than 75 percent compared to last year's version of the software.

To those who have yet to formally meet Smoke, it is an all-in-one tool for editing and finishing (effects and color correction, primarily), and it's always been a good one.

Since it has been so good, Smoke has generally been reserved for the biggest studios and artists, due to a professionals-only price tag of $15,000 per license.

Price? Down. Features? Up.

Aimed at current Avid Media Composer, Final Cut Pro and Adobe Premiere Pro and After Effects users, Smoke 2013 makes a compelling case to be added to your set of programs by providing powerful tools, established keyboard shortcuts and a familiar interface, thanks to its new timeline editing interface.

Where this tool is interesting is that it has depth at many portions of the production pipeline that few other tools can match. For example, it's possible to edit footage Ã  la Premiere, add a multi-layer scene with layers spread out in 3D space with 3D lights, keyed out elements and complex particles like After Effects, and then color correct the project as in DaVinci Resolve.

Have they hit the mark with this ambitious new version of the software? Let's put it through the paces and see.

Still in pre-release, Autodesk is working out a few small bugs in Smoke, but this isn't your normal beta phase. Anybody interested in trying the software can download the current pre-release (version four, as of this story's publication date) and use it without limitation until the full version is released.

We testers are also encouraged to submit suggestions and report bugs and crashes as we find them.

So it costs less, you can test drive it for months, and you get to help Autodesk decide what the full release will be.

After spending some time in Montreal with Ferguson, I got to see Smoke do some things that I might not have stumbled upon during my own testing. After a dazzling demo, I was anxious to try Smoke 2013 for myself.

What I really appreciate about the program is that Smoke 2013 can stand alone as a good all-in-one tool, or can fit into nearly any portion of your production workflow. For example, I found myself using it for a lot of compositing, as its masking and keying tools are sensational.

The installation of Smoke 2013 was a straightforward download-double-click and follow instructions to install, but it should be noted that when prompted to choose a location for a media folder, be sure to choose a drive other than your boot disk. This is similar to scratch discs in Final Cut Pro or Adobe Premiere Pro, and it's critical to the performance of the program that this be an appropriate second drive.

Once installed and configured, you'll create a new user and project. One thing to note when creating a new project is having a choice of format for intermediate renders. Where Smokes of old only worked with huge, uncompressed DPX files for rendering, it now offers up a variety of ProRes formats to choose from.

Next you'll click your way through to the new interface. The interface will be somewhat familiar to Final Cut Pro or Adobe Premiere Pro users. It has some very standard elements. On the left is the Media Library, at the bottom is the timeline, and top center and right are the standard monitors. Each is unmoveable, but they can be resized to your liking.

What you do with Smoke 2013 from this point is up to you. Importing media to do your work within Smoke 2013 entirely, or finishing off a project cut in another application are both options.

I should mention that while testing earlier pre-releases, I had a bit of trouble importing an exported Adobe Premiere Pro XML file, though this seems to work much more smoothly in the third pre-release version. Again, this isn't a final version and I'm sure Autodesk will iron out many wrinkles well before showtime. The folks at Autodesk followed up with our report and said that "this has been updated for pre-release three and there are numerous tutorials and notes online to address this."

Using editing and creating effects with Smoke 2013 is an interesting combination of working with familiar tasks and wrapping my head around the powerful node-based effects system. As a longtime user of stacked effects, learning Smoke's extremely deep effects system – including the wildly powerful and deep Connect FX system for combining effects – was daunting and could quickly overwhelm one who doesn't stay organized in his or her approach. It felt like I could go as far down a creative rabbit hole as I wanted with effects, but I had to remember where I was or I could get lost. Of course, enough depth to get in over my head is welcome.

I compare the Smoke 2013 learning curve to that of Adobe After Effects – with a familiar interface and toolset it won't take editors and motion graphic designers long to get comfortable and relatively efficient with the software, but to truly master Smoke is going to be a long journey.

Luckily, even with such a deep level of potential complexity, the wealth of online resources to help get users up to speed is impressive. For a piece of software that does more than pretty much any other single application in this space, this is good news.

While still considerably more expensive and less intuitive than Final Cut Pro or Adobe Premiere Pro CS6, Smoke 2013 offers something unique – an all-in-one editing and finishing program. You'll be looking to add additional tools such as After Effects, a 3D app and some plug-ins for your various tasks, but Smoke 2013 includes all the tools you will require in one program. If you start to look at the cost of building out a comparable system with competing software and plug-ins, the price doesn't seem too outrageous.

As for the intuitive part, this is a big, strong piece of professional software, and it can do many things extremely well. A learning curve is to be expected.

Add all of this up, along with the ability to slide happily into an existing workflow or take it over entirely makes it a real contender in the post-production editing arena. With it's lower price it finally gets to contend with a much larger marketplace.

Smoke 2013 is a very powerful tool and a great step forward. Plan to put some time into learning everything about this deep program.