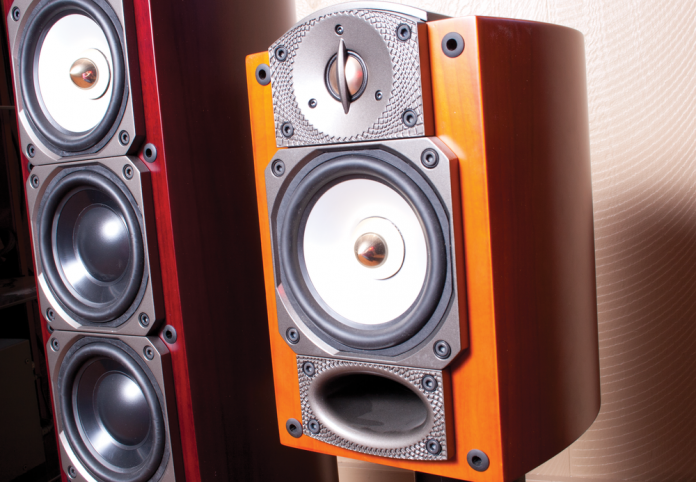 In our Surround Sound part one feature, “Gathering the Audio” we looked at several ways to gather material for a surround sound mix in your video creations. It’s really not that hard, using equipment you may already own. We also touched on setting up a surround mixing space with your existing computer and some carefully arranged speakers. This time, we’ll actually bring these elements together into a finished mix and marry it to the visuals.

Creating a surround sound mix requires an executive decision on your part: what experience do you want for your viewers? For instance, a concert video from your favorite band or artist usually plants the viewer firmly in the audience and even onstage. The mix is in your face and the surround speakers fill with sounds from the audience. On the other hand, a romantic comedy places the viewer in more of an observational role – watching the action unfold, but somewhat separated from the events onscreen. Your choice in mixing strategy determines the experience for the viewer.

Let’s try an experiment. Find a DVD or Blu-ray of something that is similar to what you plan to create. Play the media on your home theater, computer or other surround-equipped system and listen carefully to the various elements in the soundtrack. The next step requires a little effort, but it’s worth the trouble.

If possible, turn off or unplug various speakers in the system, starting with the center channel (alternatively, cover speakers with a blanket or lay them face-down into a pillow). Listen again, paying attention to how everything else sits in the mix now that you’re not distracted by the dialog. Now, reattach the center speaker and kill the front left and right speakers. Listen again. Do this for the surround speakers and the subwoofer too if you can. Listening to isolated elements is very educational when you’re planning your first surround mix.

Notice how the center channel contains primarily dialog while the front left and right channels carry most of the music and effects. You’ll also see that the surround channels have even less information and the subwoofer channel is barely used at all. This formula is easy to replicate.

The Science of Surround

Surround mixing is a balancing act. Surely you’ve noticed certain movies – usually action flicks – require a volume boost, especially in quiet dialog sections. Then, once the explosions start, it’s too loud. Although annoying, there’s actually a reason for this. Professional surround mixers know that they have to mix for the least common denominator, which could be a simple mono television speaker.

Playing a 5.1 channel mix in stereo or mono requires a process called downmixing. It happens automatically in the playback device but, as the mixing engineer, you have to allow for it. Not only do the combined channels have to sound good as a downmix, their combined output level can’t exceed 0dB – just like normal digital recordings. So if your mix is full of bombs and car chases, those items determine the maximum level of the mix and everything else must be lower in volume.

In fact, there are standards to help with downmixing. Although you have ultimate control of your surround mix, it is recommended that you mix the center and surround channels -3dB lower and the subwoofer channel -12dB lower than the front left and right channels. This helps ensure that the downmix will sound right and you’ll have some headroom for louder elements.

Mixing in the Video Editor

Most top-level video editing applications have some form of surround mixing built in. Some are better than others but Final Cut Pro, Adobe Premiere Pro and Vegas Pro all give you the ability to create a respectable surround sound mix.

The process starts by telling your software that you want to do a 5.1 project. This is usually set in the properties when you begin a new project, although some programs allow you to change from stereo to 5.1 after the project is in progress. When you add clips with audio or separate audio clips and open the mixer, you’ll see that each audio track has a multichannel panner instead of the standard left/right panner. Using this allows you to place sound wherever you like in the surround field.

Pans, like virtually every other effect, can be automated with keyframes. Now you can do that awesome helicopter flyover or send bullets whizzing across the room. Simply set a starting keyframe, adjust the pan where you want the sound to start, then set an end keyframe and move the pan to wherever you want the sound to end.

Using your video editor, you can create a simple and fully functional surround mix using only these panners. It will take some getting used to – and every panner works differently – but with some patience and a few test runs, you’ll be creating basic surround sound mixes in no time.

Mixing in the Audio Editor

Start by completing your video edit as usual and make sure everything works exactly as you want on both the video and audio sides. As you’re editing, make sure everything has an audio track. You don’t want sound effects or music interfering with the dialog or vice versa. Next, mute all but one type of audio – music for instance – and export that as a WAV file. Do the same thing for every category of sound in your project: dialog, effects, ambience, etc. When you have your stack of WAV files, import them into your audio editing software, each on it’s own track, and align everything at the beginning of the timeline.

If your video editing program doesn’t offer surround mixing, or you just prefer the control of a dedicated audio environment, surround sound is still in reach.

Every audio editor is different, and some have some pretty strange ways of dealing with surround sound, but ultimately, most of them boil down to some form of multichannel panning similar to our video editing example. Panning can be either fixed, static positions or dynamic moving pans using the automation in your software. In addition, you have the benefit of additional audio processing and control that the video platforms can’t touch.

Finally, export the soundtrack. Unless your software can output a multichannel Dolby Digital file (most can’t) the best output format is usually a 6-channel WAV file. Drop this file into your video project, muting all the original tracks, and you have a fully synced, 5.1 channel surround sound project. Render the final edit to DVD or Blu-ray as you normally would and you’re ready to test the mix on your home theater.

This article is just a get-your-feet-wet type of tutorial. There are many variables for every different combination of audio gathering, editing and mixing software. Your mileage may vary. But using the techniques outlined here, you can get started using surround sound in your projects and take your production value to the next level.

Open Source to the Rescue

One major video editing platform (who shall remain nameless), only allows the user three surround sound exports before requiring the purchase of a surround sound encoding plug-in. Not cool. The plug-in works great if you have the extra cash, but there’s another way – and it’s free. For this fix, we’ll assume you’ve exported a multichannel WAV file. First, you’ll have to download some software. Tranzcode will split a 6-channel WAV file into separate channels/files (http://www.videohelp.com/tools/Tranzcode). WAV to AC3 Encoder (https://code.google.com/p/wavtoac3encoder/) takes those separate files and blends them into a standard AC3 file, perfect for authoring on DVD or Blu-ray. Just marry the resulting AC3 file to your soundless video and you’re done. All the separating and encoding will take some time, but both programs are dead-easy to use and completely free.