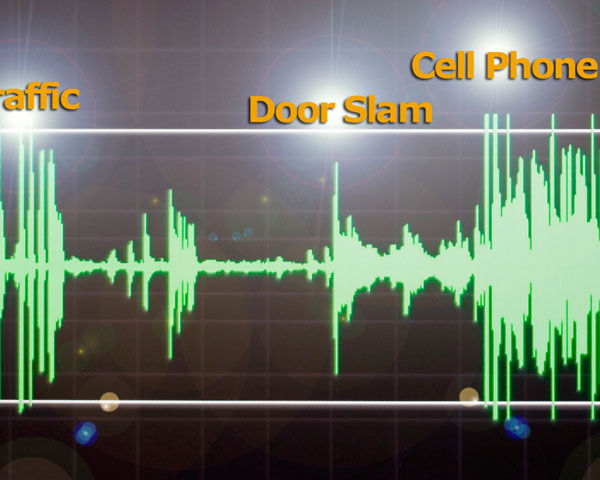 Let’s be honest here. We’ve all botched an audio recording from time to time. It happens. While you can’t be ready for every possible situation, you can avoid some of the more obvious problems. This issue, we’re reviewing the 10 most common audio mistakes and how to fix them before they happen.

Automatic Gain Control, or AGC, is the nemesis of every video shooter. AGC is a special circuit that monitors the incoming audio level, decides what is too loud and too soft, and adjusts the recording level accordingly. What’s wrong with that? AGC isn’t very smart and works in real time. It can’t predict what will happen next and only reacts to volume changes as they occur. This means that loud sounds will suddenly get softer while quiet sounds get cranked up until the noise is unbearable. If your camera has a manual audio level setting, use it. If not, you have to pay close attention to the recording to minimize the effects of AGC. 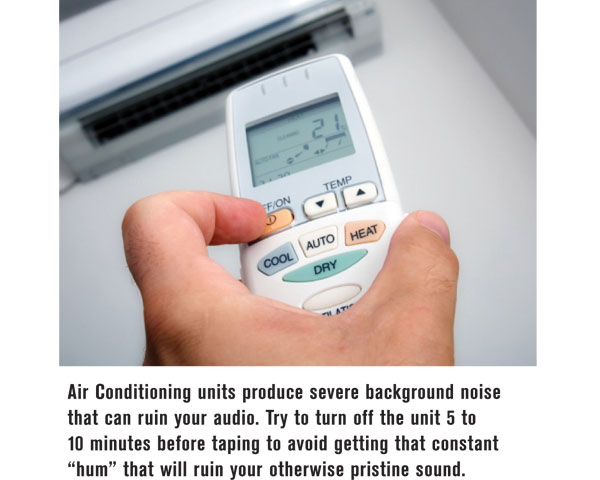 Virtually every location has some background noise, there’s just no way around it. While some background noise occurs naturally – traffic, birds, bugs and weather – many sounds can be controlled. For instance, refrigerators and freezers are usually easy to unplug. They’ll stay cool long enough for your shoot and you won’t have to worry about their compressors kicking in. Air conditioning systems make lots of noise too but, if it’s not too hot or cold, you can turn them off temporarily. Don’t forget to silence the cell phones and turn off the background music. Sometimes, the simplest way to eliminate background noise is to simply shut the door.

Savvy outdoor shooters know that wind is the enemy. While foam windscreens are available for most microphones, a light breeze is about all they’re good for. Any stronger wind and your audio will be ruined with rumbling noise similar to thunder or an earthquake. Fortunately, the fix is simple – a fur windscreen. Also available for most microphones, a fur windscreen can block much stiffer winds and salvage an otherwise impossible shoot. If you need to improvise a fur windscreen quickly, visit your local fabric or crafts store. Look through their selection of craft fur and get a piece large enough to wrap around your microphone. A couple of ponytail holders and you’ve got a temporary windscreen that will minimize most wind noises.

You’re still not monitoring your recordings with headphones? Seriously? If your camera has a headphone jack, it’s time to find a pair of headphones, leave them in your camera bag and use them on every shoot. While a nice pair of full, over-the-ear headphones is preferred, anything is better than nothing. This means your MP3 player earbuds can do double-duty in your shooting setup. With headphones, you’ll hear hum and buzz, wind noise, catch shorts in cables, dead batteries and other audio problems before they’re permanently recorded. Unfortunately, not every camera has a headphone jack. In these cases, try monitoring through a mixer or simply do a test recording and check it before the shoot. 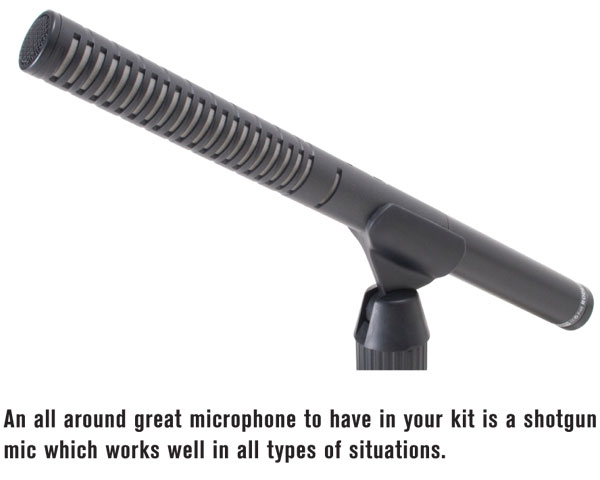 Imagine a crazy, urban skateboard video with a bluegrass soundtrack. It’s just wrong and everyone knows it. The same can be true of your microphone choices. The choice of a mic is determined by situations that arise during the shoot or simply what you have on hand. It’s hard to go wrong with a good shotgun mic in your bag. They work for interviews, dialog, handheld use and even effects recording. If you’re using other types of microphones, make sure they suit the situation. This simple step will improve both the visual and audio portion of your video.

6. Relying on the Built-in Mic 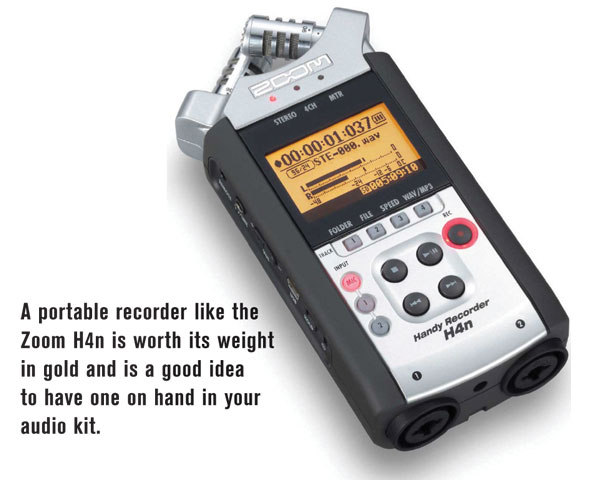 There are times when the built-in microphone is the right choice, but we’re talking about birthday parties and vacation, not a production for a client. In those instances, you need to plug in an external microphone. Camera-handling noise, tape drives, zoom and focus motors all transmit sound directly into the built-in mic. Whether wired or wireless, an external microphone gets the pickup closer to the source and eliminates all the noises associated with your camera. Of course, not all cameras include a microphone jack. That’s why portable recorders have gained popularity lately. It’s an extra piece of gear, but for the results, they’re worth investigating.

7. Picking Up Hum and Buzz 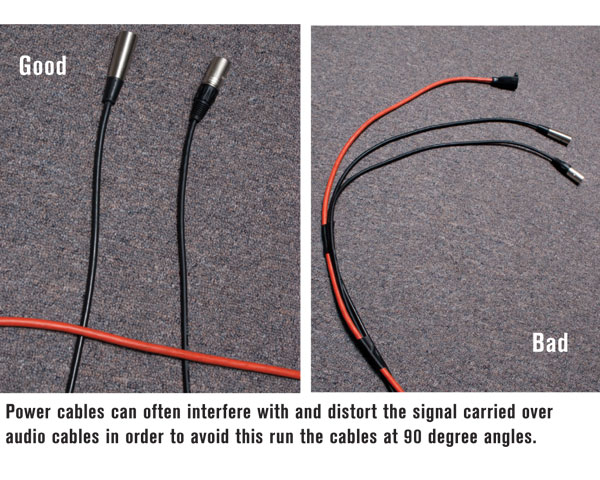 Many of the tools we use to make video also make noise that sneaks into the audio path. Power supplies, computer monitors and even lights all generate electromagnetic radiation. When your camera, audio recorder or audio cables are near these things, it’s easy for hum and buzz to creep into the signal. To minimize or eliminate the noise, make sure your audio equipment and cabling is as far away from these noise makers as possible. If you can’t keep the cables apart, try crossing them at 90 degree angles. Distance is important, too. Parallel cables separated by even a few inches can make a huge difference in hum and buzz pickup. Whatever you do, don’t tape the power cables and your mic cables together. Bad idea.

There’s not much worse in the audio world than an overloaded digital recording. Sending too much signal to your camera or recording device results in nasty digital distortion and there’s no way to eliminate it after it’s recorded. At the other end of the scale, too little signal level on your recording makes it noisy. When you bring the level up in post, the noise may be too much to bear. Monitor your recording levels closely to get a good, healthy signal into the recorder. This will eliminate distortion and noise and make your editing job much easier.

Microphones put out a very small signal level. The mic preamp in your camcorder amplifies the signal to a level that’s perfect for recording. If you plug a line level device – CD player, mixer, electronic keyboard, etc. – into the same mic jack, it amplifies that too, which can overload the recorder. Make sure you keep your mic and line level signals sorted out and only attach them to the appropriate connections. If you camcorder has a mic/line switch or menu setting, learn how to use it. If you’re using a mixer, send the proper level to your camera. You’ll get nice, clean audio and make your post efforts easier.

The dictionary defines ‘foible’ as a slight flaw, defect or weakness. In the audio world there are times when things are close, but not quite right. For instance, you chose the right microphone but your positioning isn’t quite right, making the audio muddy or indistinct. You’ve got strong audio levels, but they’re just a little too strong, resulting in momentary distortion in your recording. Or, you minimized most of the background noise or hum, but it’s still audible on the video. All of these foibles are avoided with some simple attention to details before and during the shoot. Double check everything before you hit the record button and reduce the chance of these foibles during your next shoot.

We’ve mentioned it before, but the new handheld flash-based audio recorders are quickly becoming the new standard in audio gathering. The reasons are simple. They’re small, run on batteries and record to flash memory. In addition, they offer options your camera might not have, like microphone and headphone jacks. Most have AGC and manual level control along with mic and line level inputs. Some even record surround sound. This is an excellent way to buy a serious audio upgrade for very little cash.