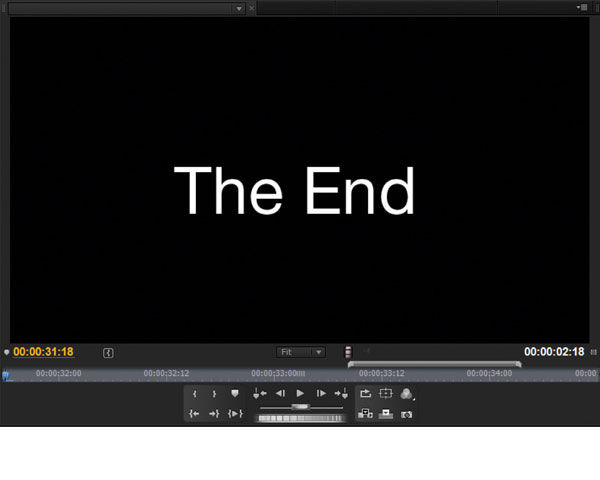 Most common video editing applications come with built-in text and graphic generators, while more professional solutions allow you to do 3D objects, lighting and particle emitters. With all these whiz-bang features, however, what really matters most is keeping it simple.

A terrific example of the “less is more” philosophy is the opening title of the hit TV show Lost. Picture a black, empty background with white, 3D text that says “Lost”, moving from far-away and out of focus as it gently twists in space toward the viewer. It briefly sharpens into focus as it continues to swirl forward. Meanwhile a bed of ghostly noises plays in the background. It’s visually quite simple: black background, white text and simple motion. But, it says a lot about the kind of show you’re about to see. It’s haunting, it’s disorienting, it’s everything that is the main character of the show: a mysterious island with a mind of its own.

Where the Danger Lurks 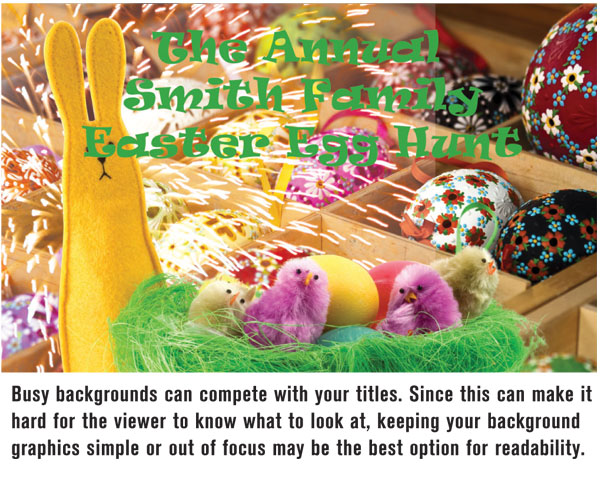 Many designers (usually the ones with the most tools) tend to make a muck of their titles and graphics, adding layer upon layer of shapes, setting them to motion in every which way they can go, and pouring every color onto the canvas. Their poor viewers and their eyes – how do they manage? Seriously, how do they manage to extract the meaning of titles and graphics that are poorly thought out and executed. The trick for any editor is to be aware of the context and meaning of their editing decisions, down to what kind of font to use. 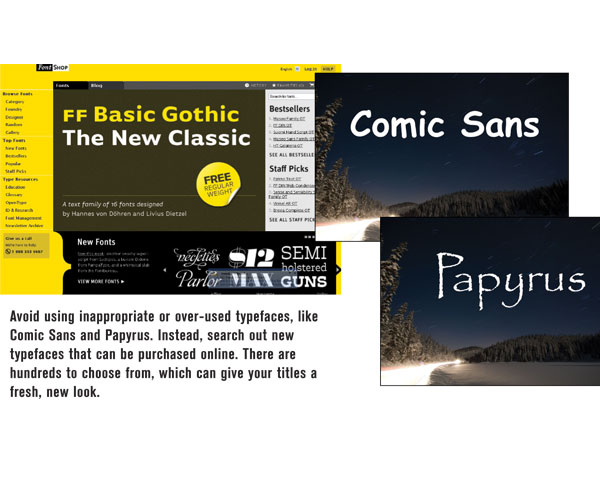 Typeface is the fancy word designers use for what the majority of us refer to as fonts. Since we’re talking about titles and graphics, I’ll continue to wear my designer cap and refer to typefaces from here on out. Many designers make a living from creating typefaces, believe it or not. In fact, typefaces are intellectual property just like the original videos you create. A professionally designed typeface could cost you anywhere from $20-$120 a license. Just wanted to warn you, should you be planning your next video budget for a client who’s in need of a professional look. Many savvy video creators have learned that there are quite a few royalty-free typefaces out there, but use them at your own risk. A good font is well laid out with the spacing between letters carefully considered. I highly recommend taking a look at professionally designed typeface, just to get a sense of the quality and variety that is available.

A good typeface can say a lot about your production. For example, if you’re editing a 30-second spot for a classy restaurant, you’ll want a typeface that is elegant, sophisticated and yet easy to read. For example, you would never use, the Comic Sans typeface. You could spend a good hour or so cycling through the standard typefaces on your computer and still come up empty handed (and, please, don’t even think about Papyrus, the most overused, overrated typeface on the planet). Do some shopping around. I visit fontshop.com quite frequently. There are probably hundreds of other places to look for good typefaces. They can save you a great deal of time because you won’t have to rely on cheap editing tricks to make the titles and graphics look good.

Watch Out for Too Much Detail 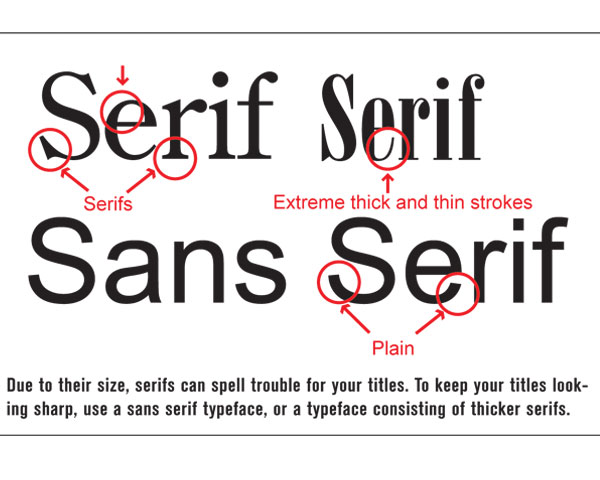 Video is rather unforgiving when it comes to typefaces that have too many small details. Typically, serifs are bad. A serif is the ornate design along the tails or heads of individual letters. Not all serifs are bad, just the ones that are so small in detail that they make the letters look like they’re flickering. When a small serif gets caught between two video pixels it can flicker between the two. It’s an unfortunate distraction to the viewer. So, choose a typeface that has cleaner or thicker lines.

Text On The Move

Choosing a typeface that speaks to the aesthetics of your video and conveys its meaning will get you off to a great start. For the TV show Lost, you could say the typeface was a little more than a start and that its movement carried it the rest of the way. The twisting, swirling “Lost” gave the viewer a disorienting feeling, which really sets them up nicely for the entire show.

Now, back to our classy restaurant example, how can we use movement to convey sophistication? Maybe we have the restaurant name move across the screen ever so slightly left to right. It could look as if it were gracefully gliding across. With the right typeface this would be a very elegant movement. And simple too! Two keyframes to mark you positions and you’re done. Well, nearly. Add a gentle fade in and fade out and you’re done with your title. How easy.

Laying the Foundation with Graphics

Graphics can mean quite a few things, from complicated 3D environments to simple background images. For most of us, we just need something in the background and, unfortunately, we don’t have the time or budget to make 3D models and spin objects all around the frame. But, again, I remind you to think about the meaning of your actions as an editor.

Considering the Lost example once more, I always thought it was odd that the background was black. It almost seemed like a lost opportunity (pun intended). I would not be surprised if the editors had several version with different backgrounds, perhaps a few options that conveyed more meaning. Yet, the background was an empty black. Most importantly, it was abstract.

The key to creating good, complimentary graphics to your title is making them abstract so that the viewer is not distracted by them, while also trying to reinforce the meaning. With the variety of objects at play, it’s all about context. Imagine once again, the classy restaurant example. What kind of background would convey sophistication and elegance. What can fall behind our gliding title that will reinforce the meaning. I would think that a still photograph of blurry lights would be a nice touch. You can take a photograph of Christmas lights at a great distance with a long lens and deliberately take the lights out of focus, softening the points of light. You could even add colored gels to add a nice color effect. Probably warm reds or oranges would be a good fit.

After you’ve built your composition of titles and graphics you may want to consider these few tricks before finalizing your video. De-interlacing your video can help reduce the flickering that can appear with serifs or other fine-detailed graphics. Most video editing applications have filters that you can apply to video, text, graphics and photographs that will de-interlace your video. Consider doing that for all your text sequences.

You may also find that titles and graphics with very sharp edges are prone to flicker on-screen as well. Occasionally, I’ve tried adding a slight Gaussian blur (no more than .2 in the Gaussian blur settings) and found that it can help minimize this effect.

Titles and graphics can be overwhelming for many of us. When in doubt, don’t hesitate to seek help from professionals. Even many print graphic designers can help in the video world. And most importantly, remember that less is more. There are many interesting templates that can automate all sorts of fancy text and graphical effects, but always ask yourself what’s the meaning of it. Don’t leave that question up to your viewers, as that’s a sure sign that you’ve left them confused. Unless, of course, you’re Lost and your making a point of that.