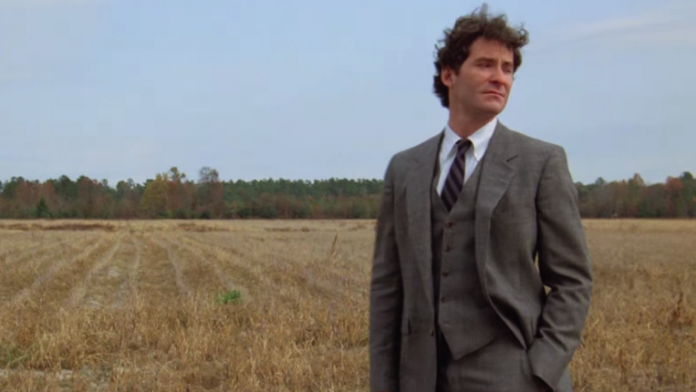 What makes a good­ story? For that matter, how many opportunities do we have to create a lasting piece of literature that transcends the lines of genre distinction and categorization? The answer to the latter is speculative, of course, but in order to truly understand your story, the spine within the story, you have to create a concept that matters to you. This leads into the inevitable question, what is the “story spine?” Stephen Gallagher defines it as “the essential information that links in a logical sequence to deliver you to an ending that, if the logic is hard enough, will seem inevitable even if it comes as a surprise.” These are the “what else could it be” or “I can’t believe it” moments that create memorable films. In essence, write to compel the audience. Think back to the films you grew up with.

For me, Lawrence Kasdan (“The Empire Strikes Back,” 1980; “Raiders of the Lost Ark,” 1981) will always be one of the ultimate blockbuster genre writers, but his more personal works (i.e. “Body Heat,” 1981; “The Big Chill,” 1983) are just as important due to the story’s structure and character development. The concept, or spine, of “The Big Chill” revolved around the complexities of growing older. The ideals of the characters had changed from the revolutionary 1960’s and 70’s to the staunch conservatism and excess of the 1980’s. At a glance, the theme instantly resonates with that particular culture and we, the audience, see a progressive change in the character’s desires/motivations. So, once again, think about the films you love for whatever reason — dialogue, pacing, setting, etc. — and pinpoint why the defined concept or approach works so well. Don’t copy the formula, but recognize and research elements that have worked consistently over the years, learn from them and then create something different.

When you are writing a fiction or nonfiction narrative, write from what you know.


Andrew Horton’s “Screenwriting for a Global Market: Selling your Scripts from Hollywood to Hong Kong” recognizes Hollywood’s dominant presence in formulaic structuring and states that “the ‘classical narrative’ technique of screenwriting that American cinema has developed over the years has not substantially changed”. Yet, there are stories that stray from a defined formula and tell a different tale — and thank goodness for that.

You will find a prevailing element within most stories: the three-act structure. Syd Field’s “Screenplay: The Foundations of Screenwriting” finds that “A story is the whole, and the elements that make up the story-the action, characters, conflicts, scenes, sequences, dialogue, action, Acts I, II, and III, incidents, episodes, events, music, and locations are the parts, and this relationship between the parts and the whole make up the story”. While Field’s description journeys far into the realm of mise-en-scÃ¨ne and its appropriation of film aesthetics, the three-act structure is the kind of foundational structure necessary for finding your story spine. However, it is not the spine itself.

There are numerous charts and graphs that break down the path of the story using three acts, five acts or another structural model, but the general concept of creating a solid foundation for the characters and story are the same.

In Act I, the “inciting incident” creates a “call to adventure” (Christopher Vogel’s: “The Hero’s Journey”) for the main character of the story and establishes what type of story is being told. The first act of your spine is integral to the overall flow of your story and an audience generally needs to be enthralled within the first 10 minutes of a screenplay/film. This is where you will establish the major themes at work in the story, the spine around which the meat of your story will develop.

Act II introduces the battleground for your characters and reinforces the driving, thematic structure of the story spine. Characters will gain enemies, acquire allies, suffer tremendous losses, learn horrible truths and navigate through your designed atmosphere. The second act is “the true heart of the script,” the one that “presents the greatest challenges”. As the second act progresses, we must recognize the changes that alter the most important characters and the overall tone of the story. The nature of the challenges faces and how your protagonist reacts to them will continue to develop the spine of the story. The most compelling stories have emotionally layered characters and increasingly hostile surroundings that build upon each other.

Act III is all about tying up loose ends and solving conflicts. Negative or positive outcomes may arise — the choice is yours — but this is the resolution of your story. Remember that the audience wants closure no matter the form, but if you plan to make it an ongoing story then there needs to be one hell of a cliffhanger. If the ending is satisfying, which can be very difficult, let it set in before you start in on the next draft. By this time the characters will have grown in your mind and caused a massive shift in the direction of your story spine.

Ken Dancyger and Jeff Rush’s “Alternative Scriptwriting: Beyond the Hollywood Formula” finds that “the violation of genre needn’t relate to character. It can relate to any motif of a genre”. That being said, do you want to create an abstract, esoteric or a non-linear story spine? A documentary? If so, a visually intellectual story filled with symbolism and unconventional events places more of an emphasis on changing thematic structures.

Directors such as Michelangelo Antonioni (“L’Avventura,” 1960; “L’eclisse,” 1962) and Terry Gilliam (“Brazil,” 1985; “12 Monkeys,” 1997) work with human emotion as a driving force that allows the story to develop into existential awareness. In these films, the audience might not be initially aware or be provided with direct answers, but the story leads us toward a more abstract concept of isolation, fear and disillusionment of one’s country. In reference to Antonioni’s “L’eclisse,” Peter Brunette’s “The Films of Michelangelo Antonioni” argues that the film is “an attempt to portray the wider failures of contemporary Italian society”. This is just one example of thematic storytelling, and yet it speaks to a larger audience of filmmakers who willingly break away from the classical structure.

Documentaries are another example of storytelling that can be produced in numerous ways, but at the center of the story lies a narrative structure akin to classic examples of the story spine. Sheila Curran Bernard’s “Documentary Storytelling: Creative Nonfiction on Screen” suggests that “documentary storytelling is intended for those who have an interest in understanding how story and structure work, and in particular, why some nonfiction films seem to have more power than others and whether that power is built on credible content”.

The similarities between concepts of documentaries and fiction are reinforced, as “even small or very personal stakes can be made large when their importance to those in the story is conveyed” (29). This quote relates to a common problem found in creating compelling characters on-screen. What are their motivations? What do they need to achieve to become relatable to us? What is the deeper meaning of the story and do the characters’ actions reinforce this message? When you are writing a fiction or nonfiction narrative, write from what you know. Notes are a crucial and invaluable process to this rule of thumb.

Whether you are creating a story centered on a high school student, a fictitious space adventurer or a documentary based on a real government agent, you need to do your research to lend credibility to your story and characters. Period and biographical pieces depict specificities that must be maintained for authenticity; otherwise the inconsistencies (i.e. plot holes) will take a toll on the audience.

As you continue to write, don’t worry about creating the perfect concept, character or story. Write honestly and explore the many paths that serve to challenge the audience’s perception of the story’s content and character development. The world is filled with complex individuals, not just super-heroes and tough guys with nothing to lose. Let your characters grow and the concept of your story will grow as well!

Quinn Winchell holds an MFA in Directing from the Academy of Art University in San Francisco (2011) and has lectured at California State University, Chico in narrative screenwriting.