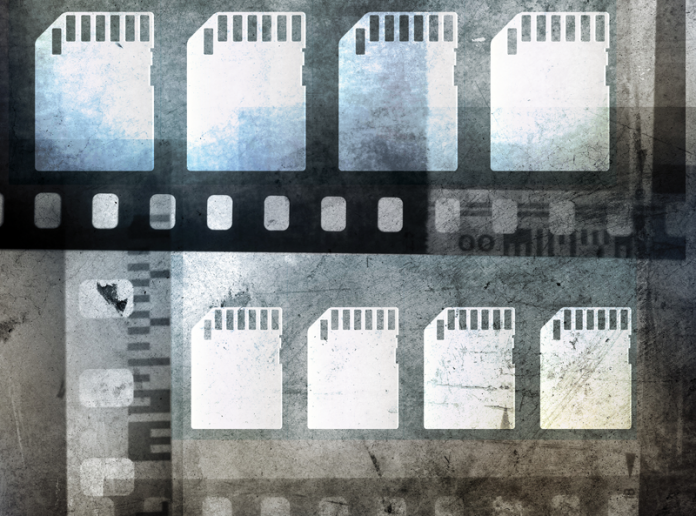 The first memories I have of movie magic are from my 1950s childhood. At school we were made to watch films about history, geography and science. A trip to the movie theater was rare, but our town hall frequently held community film nights when we laughed our faces off at the shenanigans of Charlie Chaplin and Laurel and Hardy. I also remember staring in wide-eyed wonder at the frozen landscapes and Inuit adventures in Nanook of the North, the documentary classic made by Robert Flaherty in 1922. The wonder of movies stayed with me, although I never dreamed I would someday be involved in filmmaking. I made my first films in the early 70s. Shot and edited on 16mm, they very much resembled the explanatory films that flickered on the classroom screens of my childhood. I never dreamed that someday filmmakers would be able to make films about whatever we can imagine.

We’ve been reinventing how to capture and manipulate motion pictures for more than 100 years and innovations now come at us faster than ever. But when the first sea change washed over the film industry in the late 70s, I didn’t see it coming. One day we’re up to here in the mechanical photochemistry process invented at the turn of the last century; the next, we’re going electric: Images and sounds converted to electronic impulses are recorded and played on magnetic tape. I survived the transition from film to videotape. I remember when trims and bins had entirely different meanings and I was stunned when videotape overtook film as the go-to format. Suddenly film directors, shooters and editors (many kicking and screaming) were at the mercy of video equipment sales people and television engineers who unlocked the mysteries of NTSC color bars. Overnight, edit rooms once furnished with flatbed editors like the Steenbeck, trim bins, rewind benches, reels and cans, synchronizers, squawk boxes and guillotine splicers, transformed into what looked like the deck of the starship Enterprise. Consoles with colorful blinking lights and levers, display monitors and tape transports, time base correctors, waveform monitors and vectorscopes made up the new terrain of moving image creation. Cutting rooms were now edit rooms. Once I stopped kicking and screaming, I dove into the new video technology and discovered that some of the tools actually made things easier and faster. I also realized that although acquisition and post-production workflows had changed, the art of motion picture storytelling had not. Of course, that all seems so retro now. Can you say analog?

Virtual is Here to Stay

“If it can be written, or thought, it can be filmed.” ? Stanley Kubrick

Another development I didn’t see coming was tapeless recording. But when I saw my first video files get sucked up from SD card to hard drive, I was in love. No more real-time waiting for the video to transfer from tape; welcome to bits and bytes transfers. The age of digital cinema is upon us. With computers as the new image-making devices, motion picture storytelling is changed forever. What the camera sees and hears is converted to ones and zeroes. No film. No tape. It’s all virtual. The possibilities for virtual creation and digital manipulation appear to be boundless. If we can imagine it, we have the tools to create it.

In the movie creation landscape of virtual cinema, directors and DPs bring their vision to the screen exactly the way they imagined it using performance capture, 3D and pre-visualization technology. Martin Scorsese pulls out all the virtual stops in Hugo, his reverential tribute to the dawning of the age of cinema and the inventor of film trickery.

A Twist of Cinematic Irony

If you’ve ever seen Scorsese’s cinematic adaptation of Brian Selznick’s graphic novel, The Invention of Hugo Cabret, you’ll appreciate the delicious irony: A contemporary filmmaker, operating on the frontier of virtual cinema, makes a movie about the original “cinemagician” without turning over a single frame of film. Here’s the story: Hugo, a young orphan, subsists in the bowels of a 1930s Paris train station where he unknowingly befriends the pioneering silent filmmaker, Georges Méliès. An illusionist, Méliès discovered the substitution stop trick in 1896 and went on to manipulate reality with such innovations as multiple exposures, time-lapse photography and dissolves. He was the first true film auteur. He not only wrote the script, painted the sets, acted in, and edited his movies, but he was also the effects supervisor on all of them. More than 100 years later, Martin Scorsese marshaled the considerable forces of international visual effects giant Pixomondo for the making of Hugo. More than 600 artists and technicians, virtual camera operators, digital compositors, match move artists and data wranglers worked around the clock on four continents to build the breathtaking landscapes of 1930s Paris where Hugo is set.

Scorsese, a champion of the film medium and film preservation, sot Hugo digitally only, because it was in 3D. Since then the director has conceded that the decline of film is inevitable, and he cites 3D and the huge investment by cinemas in digital projection as the main reasons. The Wolf of Wall Street made in 2013, was his first digital 2D movie. Whereas Scorsese is a late adopter of digital cinema (if not a celluloid holdout), other directors such as George Lucas and James Cameron are pioneers who are pushing digital cinema where no director has gone before. Lucas opened the gates to movie making without celluloid in 2002, when he made Star Wars: The Attack of the Clones, the first major motion picture shot entirely on digital video. He hasn’t exposed a frame of film since. James Cameron also works at the vanguard of cinema innovation. He was part of a development team for a camera system that could shoot live action 3D without a post-conversion process. For Avatar, he pioneered a new technology that allowed him to shoot with a virtual camera while looking at a crude computer-generated landscape of a scene. This is previsualization and previz is the dealmaker for directors who are thinking of jumping into virtual filmmaking.

“The previsualization process [allows me to] put scenes together without having to shoot them, see how they fit in the movie and then, if they work, I can cut them in and actually go out and shoot them.” – George Lucas

Previsualization gives the director and director of photography a preview of their film. The imagining of major scenes, especially complicated action scenes or scenes that require special effects, traditionally begins with storyboards. The boards show location, blocking, lighting concepts, camera angles and camera moves. Previz is the process of animating those storyboards.

The previz workflow goes something like this: The VFX supervisor and the director discuss ideas about how previz can contribute to a shot or a sequence and what assets need to be created (locations, vehicles, characters). A previz script for the shot or scene is given to the previz team (a designer, an animator and a modeler) who then builds the assets or imports them from a digital library. Next, the assets are animated, complete with camera moves and cover shots, usually with powerful 3D animation software such as Maya. An editor cuts the scene together for the director to assess whether the scene is working. How is the pacing? Does it flow? This process allows the director and crew to solve creative and technical issues and to make adjustments to the shooting plan before shooting actually begins.

Previz was invaluable to Scorsese on Hugo as the process allowed the director to explore visual ideas and take the guesswork out of technical decisions for shooting the complicated station scenes. He was able to communicate his ideas visually to the entire production team before the real shooting began.

You Too Can Be a Virtual Movie Maker High end 3D VFX tools such as Autodesk Maya and Softimage XSI used on Hugo and Avatar are out of reach for most micro-budget filmmakers. However, as previsualization technology continues to evolve, the tools are becoming more accessible and affordable.

Google has acquired the architectural design tool Sketchup Make. One online reviewer claims that this apparently intuitive 3D modeling space allows you to customize spaces and shapes, if you are looking to create rough blocking models of your locations. Sketchup Make is free.

Poser is 3D character animation software. The website blurb reads: “Poser is an ecosystem of ready-to-pose 3D humans, animals and cartoon figures, hair clothing, props, scenery, and all the features, lighting and cameras you need to bring your stories, dreams and projects to life no matter what the genre.” Poser is priced from $130-$500.

FrameForge is more expensive, but it’s designed with previz in mind. Using 3D characters, props, lights, and locations, you can quickly block out a preview of the action in your scene. Here’s the promise: “FrameForge Previz enables you to create a virtual 3D set in your computer with the freedom to place any number of virtual cameras in any placement, angle or height desired. Each camera features full Pan/Tilt, Dolly, Zoom, Roll and Crane control.” FrameForge pricing ranges from $399-$899.

Whether you’re sharing creative visions, solving technical problems, or previewing cinematic concepts before executing them on set, previz tools make for super-efficient and affordable solutions. There you have it. Go make a movie. Film? Fuggeddaboutit!