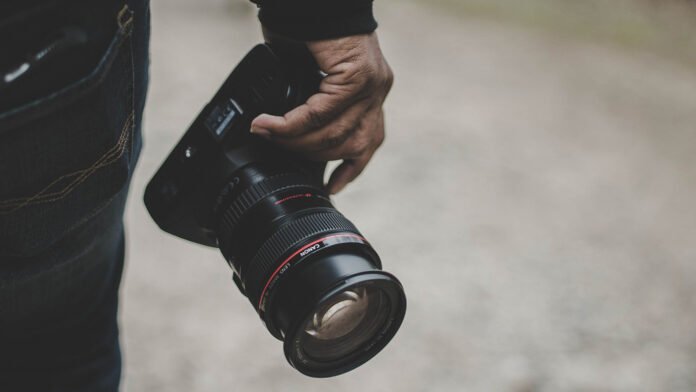 Camerawork is one of the most powerful tools a filmmaker has to communicate with his/her audience. The visual aesthetic of a project is usually planned out very early in the filmmaking process, and is one of the main collaborative efforts between Director and Director of Photography. Hand-held camera boasts a long and stormy history in The Biz, but remains one of the most popular filming techniques used today. Let’s look at six reasons to go au naturel.

Budget is the single biggest factor that affects a project’s production value, so it makes sense to go with a visual style that will create the proper mood while also fitting within the necessary budget. Hand-held camera technique allows the omission of certain equipment such as a professional quality tripod and fluid head, and frees up valuable real estate in the camera truck that’s also doubling as the G+E truck, art department truck, and craft service storage. There are plenty of tutorials out there for DIY hand-held rigs, so the budget-conscious filmmaker has many options to go hand-held on the cheap.

Horror movies love to take us places we shouldn’t go, such as deep into the woods, or even dingy public restrooms at night. It’s hardly surprising then, that the horror genre is one of hand-held camera’s most vocal supporters. Logistically, it’s much easier to have a camera that can fit into small places or can be moved over long distances on foot rather than a full rig encumbered by weight and size. Also, documentaries such as La Source (2012) greatly benefit from the lesser carrying weight and improved accessibility afforded by a smaller camera rig, making hand-held camera a mainstay of documentary film production as well. Additionally, reality TV widely uses hand-held camera techniques on shows that require constant movement, such as The Amazing Race and COPS.

If there’s one thing Paul Greengrass taught us with his Bourne movies, it’s hand-held camera = intensity. Although filmmakers have been experimenting with hand-held camera since the dawn of cinema, the use of hand-held camera as an intentional aesthetic choice developed during the cinéma vérité style of the 60’s French New Wave movement in films such as Godard’s Breathless (1960). Since then, the technique has been used to heighten tension and give realism to countless films and television programs. Some of which, have become synonymous with the camerawork itself, such as the much-imitated Fox serial drama 24.

Oftentimes lifeguards, apartment managers, mall security guards, etc., are willing to look the other way when you’re stealing a shot in public with a hand-held camera (especially DSLRs). Yet these same authority figures may shut you down the moment a tripod pops out (speaking from experience, unfortunately). So in certain cases, hand-held is the best way to go to get your public shot on the down low. The permanent mobility of hand-held camera makes it perfect for micro-budget filmmaking where permits are often a luxury and an unexpected visit from local 5-O makes an easily hidden camera a valuable commodity.

TMZ on TV, as sensationalistic as it is, definitely does one thing really well: breaks stories first. TMZ employs a veritable army of independent camera people who get paid to haunt well-known celeb hangouts and buzz outside stars’ mansions hoping for a glimpse of something tabloid-worthy. Naturally, if camera people went running up to celebs with a heavy and cumbersome tripod and head assembly, they’d probably end up with little more than a shot of celebs outrunning them. Thus, hand-held camera serves as makeshift stealth mode for video paparazzi in search of their next rent checks.

One of the biggest motivators to leave the tripod at home is speed. Traditionally, hand-held camera is much quicker to setup, as there is no need for time-consuming duties such as leveling the fluid head or making sure sticks are placed on the proper mark. A supreme benefit of a hand-held camera is that it is in a constant state of adjustment, so even if your operator misses the framing you wanted for a second or two, a quick turn of his waist can make it better in no time. Indie productions employing hand-held camera also benefit from fleeter travel time between company moves thanks to less equipment to pack up and unload.

Hand-held camerawork is a great option for filmmakers looking to cut costs, reduce set up time, lessen equipment, and create an authentic, intense atmosphere. Additionally, the technique works well in non-narrative projects such as documentary filmmaking and reality TV. Although hand-held camera has been around the industry for decades, it remains one of the most popular filming techniques used today.

Rory Walsh is an independent writer/director based in Los Angeles.