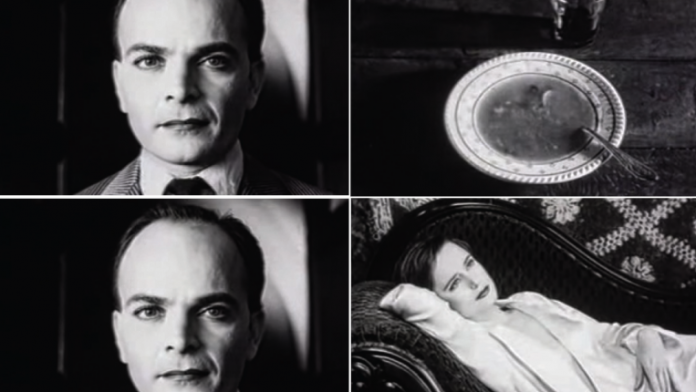 In the earliest days of cinema, when film was new, no one clearly perceived the options and limitations of the genre. The camera was placed in an optimal position to capture activity and then turned on. However cinematographers quickly realized the camera could provide more than just one perspective without confusing the audience. The camera could be moved, irrelevant moments could be dropped. Both time and space could be compressed. But what worked and what didn’t? What felt right and why? Let’s look at the evolution of editing theories and what they mean to us today.

George Méliès was an early film cinematographer and theorist. Many recognize him for discovering the “stop trick,” in which you stop the camera, change something and start up again, thus making it seem like objects appear and disappear. He also experimented with other techniques like hand-painting frames, multiple exposures and time lapse. He was also a firm believer that films could use a series of tableaus, or complete scenes captured in single shots, to form longer stories. “Linked tableaus” as they were referred to, were scenes placed in progression to connect events. His 1898 short, “A Trip to the Moon,” incorporates these ideas. Building on this concept were artists like Edwin S. Porter, who learned to tell multiple stories at the same time and cross-cut between them, forming a larger, overarching plot. The 1903 short “The Great Train Robbery” uses simultaneous action to show what’s going on in two places at the same time.

By 1910-20, the film bug had spread across Europe and Asia, giving rise in particular to a massive movement in Russia. Lev Kuleshov and others like him broke down the scene into montages of smaller shots, all different and yet related. This allowed the viewer to approach the action from many angles at once and thus gain the greatest amount of insight. Kuleshov found that the audience could be emotionally manipulated through the planned juxtaposition of shots, but how the information was presented changed the perception of the individual shots as well. Viewers would interpret the look on a man’s face differently depending on what shots were placed next to it. We refer to this as the Kuleshov Effect.

Vsevolod Pudovkin would later postulate that there are essentially five types of montage possible, each rearing different meaning to the viewer. These are: Cuts for contrast or the joining of a shot against a dramatically different shot so the viewer compares them, Cuts for parallelism that connect one shot or scene with another that has similar elements so the viewer draws a connection between both instances, Cuts for symbolism  where an item or feeling in one shot is used to explain, emphasize or clarify an item or feeling in another scene, Simultaneity, in which two events that are taking place at the same time are intertwined and Leitmotif or cutting between related concepts so that a theme emerges among them. His film, “Mother” (1926) is an important classic which is often used to illustrate these theories.

At this point it’s obvious that there’s more meaning to editing than just placing shots next to each other.

At this point it’s obvious that there’s more meaning to editing than just placing shots next to each other. Sergei Eisenstein argues that shots and scenes each contain their own ideas, concepts and feelings, but when strategically placed against one another, the viewer is able to deduce a third and entirely new meaning. This concept, which he termed the intellectual montage is well represented by “Battleship Potemkin,” which he made in 1925.

In contrast to these artistic Russian postulates, another philosophical movement took place mainly in France and Italy arguing that the best way to approach the true context is to show as much as possible without interference so the viewer can draw their conclusions from a more realistic perspective.Theorist and critic André Bazin was part of this movement and a firm believer of the long take, an editing approach which fundamentally contrasts with montage. His approach meant that the camera should essentially act as the eyes of a neutral viewer, and yet still portray the filmmaker’s meaning. François Truffaut’s, “The 400 Blows” (1959) is a prime representation of this philosophy. While not as popular today, it is certainly a valid approach, and has been used quite effectively in many instances. Think of the the slow cinema movement pioneered by directors like Gus Van Sant. Indeed, it is also seen often in music videos of all things, where the single shot concept has been used almost as a rebellion against the fast and furious cutting of old.

These notions encapsulate the primary and perhaps pinnacle of most modern editing theory. While you’re trying to decide which shot to place next to the other to produce the desired emotional and motivational content, you are both looking to find the exact frame that will either continue or contrast the action from the previous shot and at the same time thinking about what will be derived from the big picture as a whole. Will a jump cut excite your audience, unsettle them or just confuse them? Is the overall story and the theme of the work best served by placing an action scene right after a slow moment, or intercutting between them? What message is sent by using either of these methods? These are the questions that should be continuously addressed during post-production.

Modern practice says there’s an appropriate time to use each style. Let’s start with wide shot of a room as two people walk and talk. Half way through the conversation someone picks a gun up off a table in the background and shoots the other person, then we see the villain make themselves a drink and sit around until the cops show up and arrest him. You later find out through verbal exposition that someone was watching the whole thing and he gave up because he knew he was seen. It’s a valid approach, but your audience might feel a little cheated. It’s not very exciting and it just doesn’t work cinematically.

Instead, let’s try a bit of editing montage. We again see our characters talking. Now we’ll use an insert shot to call out something that already exists in the scene of our shooter’s eyes as he glances down. We’ll use a motivated cut — one that has a visual or audio incentive to be used — to show the item and its location: It’s the gun on the table. A close up shot, used to see greater detail, shows the table, the gun and the villain’s leg behind it. This table is the very table the he is standing next to. Thus we’ve built both understanding and tension. Let’s go back to the wide for a while and slowly build anticipation of the oncoming conflict. The perp. looks back down at the gun. We’ll use this look and go to a thematically matching shot of our outside observer looking into their binoculars. “Sight” and “looking” have morphed into a theme.

This cutaway shows us what’s happening outside the scene. Next, a point of view shot shows the audience what the watcher is looking at. It’s the window outside the room, and the victim has just crossed to it. We then go back to the wide shot in the room where we match cut, aligning the movement from one shot to the next, and see the victim just coming to rest at the window; they are looking out.

Let’s pick up the pacing now and build the tension to a breaking point. Note the irony — we’re going to speed up the scene by extending time. Here realtime and screentime are rather different. We’ll use a thematic montage to bring the scene together. The perp. looks back at the gun. The victim looks up and out the window. The binoculars point of view show she’s looking right at the voyeur. The voyeur looks back through the eyepiece. Now some parallel editing to show all that is taking place with our three characters in a single instant of time. The victim is taken back and goes to reach for her companion to join her at the window. The perp. gets fed up and reaches for the gun. The voyeur is panicked and their hand reaches for the phone. The gun goes off. A ringing sound is heard, the victim falls slowly to the floor. The rest of the scene must release the tension and resolve the story.

We use another motivated cutaway of the phone at the police station ringing and an officer picking it up. We’ll cut back to the outside window where the shooter stands over his victim, then looks out the window and notices the watcher. The watcher has the phone in their hand. The shooter knows he’s been caught, and resolves himself to his fate. We then cut to a drink being poured and match it with one last tear falling from our victim. It’s an intellectual montage where shots represent the bigger meaning letting us know that it’s all over for everyone. Finally, we’ll end the scene with a cross dissolve, or fade between shots, to help show that some time has passed. The police are putting the handcuffs on the shooter and leading him out.

This scene was much better served by using the montage style of cutting. So what about the long take? When would that be appropriate? Let’s use one more scene in a single shot. We’ll start at some hands in handcuffs. As they back away from the camera, we see it is our shooter. We follow his face as he walks and walks, in and out of pools of light. As he walks his expression turns from stern neutrality to sadness and loneliness, seclusion. Finally he turns and we see him led into a cell where the door is closed. The guards walk away, and so does the camera, returning on the path it just followed as the prisoner remains locked in his cell and fades into the distance. We’ve told all we needed to and conveyed all the emotion necessary in one single shot, and its length underscores the theme of the scene. The isolation, the loneliness, the “long time” to come. We could have used multiple shots here, but it would have been overkill.

While the montage and the long take are fundamentally opposed, they should not be considered mutually exclusive. An editor should recognize that effectively combining them is possible and in some cases helpful. This is the heart of editing theory. When we understand “why” editing works, the how becomes almost instinctive, our cuts become precise, our meaning apparent and our audience becomes even further drawn into our presentation.

Edward Dmytryk (1908 – 1999) is considered an editing and directing legend in the film industry, and his book “On Film Editing” is considered essential reading in most film schools today. In it he postulates that there’s only one perfect place to edit a shot, and puts forth his seven rules of film editing. It’s true that he was focusing on editing film and not video, and thus some of his statements are less important today than others. Nevertheless his theories are still considered essential knowledge in editing, and indeed integrate seamlessly into the ideas we’ve discussed in the article. 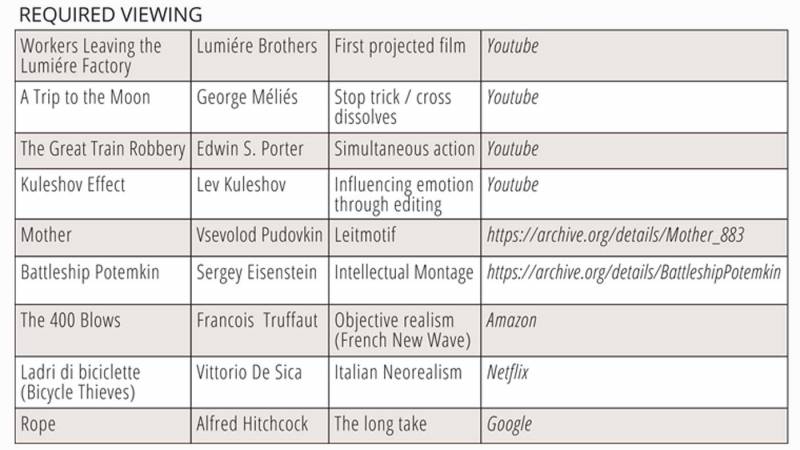 Peter Zunitch is an award-winning editor working in New York.