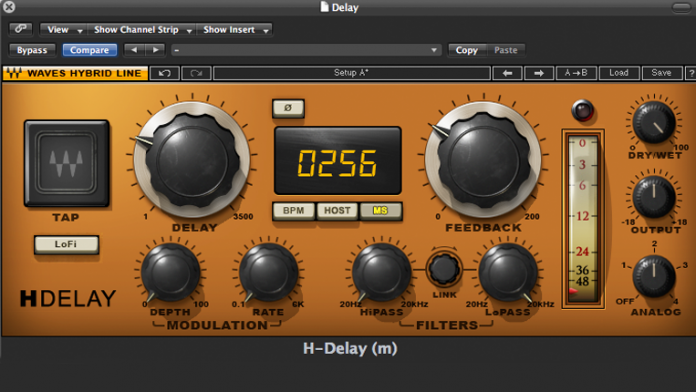 Considering that this article will be delving into the rich world of signal processing, I feel honor-bound to make a few suggestions:

These tips will help to keep your signal flow tidy, retain a more organic sound and use less computing power. Experimenting will help you find new and exciting ways of using effects.

The natural starting point for any mix, equalization (EQ or Filter) works by boosting or cutting the gain of selected frequency ranges. There are several types of equalizers out there: graphic, parametric, shelving, and notch. Remember to choose the right EQ for the job and to let your hearing be the judge, mixing is about more than just the numbers. You can refer to the frequency range chart to get an idea of where different instrument and vocal ranges live.

Modulation in this case covers a range of effects, especially the flanger and chorus, in where the source signal is being affected by another signal through an oscillator or filter.

In this, we shall treat delay as a signal with a delay time of over 35ms, the point at which the delayed sounds start being perceived as discrete echoes or repetitions. Echo is a delayed signal that has some of the original fed back into it, hence the feedback parameter on delay units.

Chorusing is achieved when two identical signals are blended while detuning one of them. The effect contributes to a sound’s sense of motion and depth. Stand-alone chorus plug-ins can be used or reproduced with a delay set at 15ms and using some light modulation via a Low Frequency Oscillator (LFO).

Flanging is a complex delay based effect that is constantly varying the delay time in addition to sweeping through the frequency band to create its signature “jet engine” like sound.

Phasing works around the principle of passing a signal through evenly spaced notch filters. It differs from flanging by not being a delay-based effect.

The origin of these effects came from overdriving preamplifiers and saturating the tubes. This saturation introduces additional overtones and harmonics to the source signal. Where they differ is in the intensity of these additional frequencies. Overdrive is usually associated with blues and rock while distortion is more present in heavier styles such as heavy metal or as an accent to guitar solos in other styles. Overdrive effects use drive where distortion will use gain to create clipping and distortion across the signal’s harmonic range in addition to introducing a new harmonic series.

The next two stay true to their names by doing exactly what the name implies. Pitch shifting is the basis of pitch correction technology used for adjusting vocals and other melodic lines with plugins like Melodyne. It can also be used to add or take away a bit of age in dialogue, for example pitching up a vocal slightly to give the impression that the character is younger than the performer’s voice. It can also be used purely as an effect and is very popular with guitarists. Pitch effects are a reciprocal part of time stretching, more on this in the next section.

The most popular use of time stretching is in the creation of 30 and 60 second commercial spots and less obviously the subtle reduction of the length of television programs in order to create more space for commercials. We have all heard the terms and conditions and the end of a commercial spoken at inhuman speeds. Another common use of time stretching can be seen in audio for video when extending practical or archive sound effects to fit within slightly shorter or longer spaces of time.

The limits of the technology are revealed when overextending an audio sample to the point where you start to hear artifacts or where the sound is so short that it no longer communicates its purpose. Applying pitch shifting is essential to compensate for the change in length and to achieve a natural sounding result. Logic Studio’s Time and Pitch machine is an excellent tool for these applications. Some DAWs do automatically account for pitch variance when changing an audio region’s duration.

Entire articles are written on this topic, we will cover the basics of using compression effectively. People spend years learning the finer points of compression and limiting.

Compression reduces a signal’s dynamic range and results in a more even signal. The classic example is of a vocal track where the most of the performance is of a constant level save for some lines that are quieter and some that are louder than the rest. This is a perfect time to apply some compression that will bring down the more aggressive sections while boosting the softer passages.

There are several different types of compressors out there. I will focus my example on compressors that use the “Threshold” parameter. The threshold is the signal level that we tell the compressor to consider as “too loud.” The ratio controls the amount of reduction is applied or how much of that signal is allowed to pass through the compressor. A ratio of 2:1 means that for every 2dB coming in only 1dB will pass through. Additionally, we can adjust the attack and release times to suit our source signal, a fast kick drum versus a slow sustained vocal. As the signal is reduced we can apply makeup gain that can bring the signal level back up during output. Compressors and limiters are inherently similar by virtue of ratios. A compressor with a high ratio becomes a limiter by reducing the slope into a flat line.

Again referring to more of a concept that a specific technique, active noise control takes form in two major applications. One is through the design of purpose built acoustic diffusers that use acoustic cavities, channels, and chambers to trap, diffuse, and diminish troublesome lower frequencies. The other form is through direct noise cancellation through phasing. The latter will use microphones and speakers to pick up sounds and playback an out of phase signal where the two cancel each other out. This is fundamentally how noise cancelling headphones work.

This should give you an idea of how different signal processing techniques work and what they are most useful for. It’s up to you to use your ear and create a pleasing and organic signal to suit your audio needs.