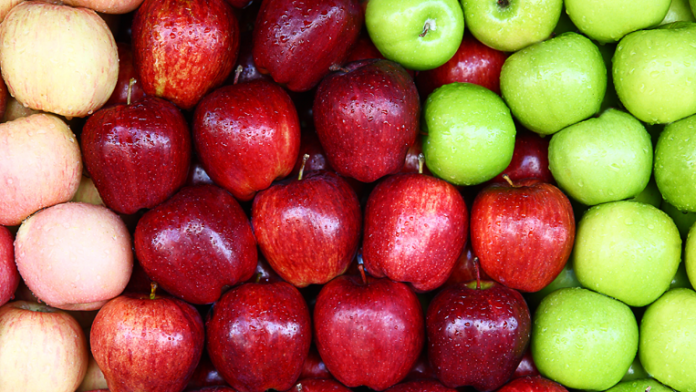 Cinematography is all about light, but filmmakers soon learn that all light is not created equal. The human eye is immensely versatile at adapting between different light sources — if you follow someone wearing a white t-shirt from daylight into a house lit with tungsten bulbs, their shirt still appears white to you. Had you been filming that same person, the results would have been very different. Through necessity, cinematographers quickly understand the need to color correct light sources using gels and filters to compensate for the differences, known as color temperature, between daylight and traditional artificial lights — but sometimes that is not enough.

Daylight and artificial lights such as tungsten filament bulbs are full spectrum light sources. Though the intensity of light may vary between the red and blue ends of the spectrum produced by these light sources, it is unbroken. However fluorescent and LED light sources produce a discontinuous spectrum consisting of only certain colors. The gaps in the color spectrums of these light sources cannot be compensated for or corrected with filters or gels. In practical terms this means that while an artificial light source may, for example, correctly reproduce shades of blue and green in a subject, shades of red may appear different when compared to how they appear in daylight.

The International Commission on Illumination (CIE) defines color rendering as “the effect of an illuminant on the color appearance of objects by conscious or subconscious comparison with their color appearance under a reference illuminant”.  To enable a meaningful comparison to be drawn between different artificial light sources the CIE created the Color Rendering Index (CRI) in 1964. The CRI score does not represent the color temperature of the light source under test, but the accuracy with which it will reproduce the full range of colors in a subject.

The CRI is calculated by comparing the appearance of a range of sample colors when observed under daylight — or a standardised artificial source — against the light being tested. The results across the sample colors are averaged out to give a single score, with 100 being given to a light which renders colors as accurately as the standardised source. The lower the CRI score, the less accurately a light source will reproduce all colors in a subject. To ensure accurate color rendition for filmmaking, especially with skin tones, a CRI of 90-95 or higher is desirable.

There are some inadequacies with the CRI ratings however. The CRI gives a score for color rendition as it appears to the naked eye and the imaging sensors in television and video cameras can perceive light very differently. Visually, it is possible to create white light with just a mix of red and blue, but to a camera this would appear very differently. In addition, some of the test colors used to determine CRI were highly saturated and outside the permitted tolerances for broadcast television.

As a result Alan Roberts, a former television engineer from the UK, developed the Television Lighting Consistency Index (TLCI). The process to calculate the TLCI for a light is similar to that for CRI — a set of color samples is compared under a standardised light source and the light under test. However, rather than using a human observer, the TLCI uses software to calculate the color response that would result when using a video camera.

What’s it all mean?

Both CRI and TLCI ratings are a good guide to the quality of light sources with the latter being more relevant when shooting digitally rather than on film. When renting or purchasing lights you should seek choose those with high ratings: 95+ for CRI or 90+ for TLCI. However, since both ratings are an average of the readings for a range of colors, it is quite possible to find that two lights that have the same score, but which give different results in use. This tends to only occur when the two lights are made by different manufacturers.

Ideally you should always conduct tests in advance of a shoot to check the compatibility of lights as well as their performance, especially when using those from more than one manufacturer. Using only lights of one type, and from one manufacturer, will reduce the risk of a mismatch in lighting sources. Care should also be taken when using mixed sources, for example daylight or tungsten lights along with LED or fluorescent lights.

Ideally you should always conduct tests in advance of a shoot to check the compatibility of lights as well as their performance, especially when using those from more than one manufacturer.

High CRI / TLCI lights often command premium prices, which can be an issue for independent productions working to restricted budgets. It is worth remembering that many guerrilla film makers have achieved great footage using lights fashioned from worklights or LED panels.

It is also pertinent to consider the project for which the lights are to be used. For a narrative film, there will be time in pre-production to conduct lighting tests on the equipment to be used. However, the footage is also likely to be graded so some inadequacies in lighting can be corrected during editing. For news footage shot, edited and broadcast to very tight deadlines, there is less to be time to grade footage but the immediacy of the events being reported means that often issues with image quality will be overlooked.

However, having an awareness of the implications of CRI and TLCI will allow a cinematographer to prevent some issues with their footage in advance and to be prepared to correct others during post-production.