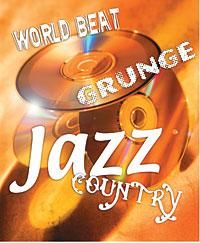 While proficiency at gathering footage is paramount to a successful video project, don’t underestimate the importance of your sound track. As most experienced videographers know, audio reproduction of dialogue and ambient sounds are just not enough. A video with lasting appeal calls for something more. And dozens of companies have the answer – prerecorded music collections. Whether you’re after traditional or avant-garde songs, or you’re just after sound effects to add some zest to your production, the perfect royalty-free library exists out there, just for you.


Maybe a triumphant march would enhance your son’s or daughter’s high-school graduation commencement; perhaps a rock ‘n’ roll segment would add some fire to some sports footage, and any number of soaring, inspirational soundscapes could add to the grandeur of your favorite nature footage.

Where to Turn for Tunes

To accomplish the aforementioned audio track inputs, you could insert music into your video from your own CD collection, but there are copyright issues to consider. If your video is destined to never leave your living room, to be shown only to family and close friends, adding Queen’s "We Are The Champions" to your daughter’s soccer game is a harmless deed. However, if you have grander plans for your video project, such as showing it at a well-attended soccer league banquet or entering the project at a film festival, play it safe. Make use of one of the many music libraries available to you as a videographer.

Like most things, commercially sold music libraries are available in several pricing levels and options. Some cost as little as $20 or $30 per CD, and you can use the music as much as you like. Others are more expensive, and may have different pricing schemes.


Probably the most common pricing method is the buyout license. This means when you buy one of these CDs, you buy the rights to use the music in any of your productions you wish. Buyout music libraries range widely in price, style, format, length, etc.


Another common type of license is called the needle-drop or needle-down license. With this kind of license, you pay for each use of the music you’ve incorporated into your production. Therefore, if you use a needle-drop license in a television commercial, you’d have to keep track of each time the commercial aired, and pay the licensing company accordingly. This type of license is not commonly used for low-level professional videography, but it is good to know that it’s available as an option. This could be especially useful if you need to negotiate a lower price for a one-time viewing at a school function or a business meeting, for example.


Yet another type of license, especially common in the broadcast TV category, is the annual blanket license. Local TV stations and producers of commercials often use it to license specific songs for use in a broadcast setting.

How Do You Choose?

When shopping for buyout music or sound effects, there’s really only one way to make a selection listen. Many buyout music companies have Web sites with MP3s and other forms of audio samples of the company’s wares. Almost all of these distributors make a sampler CD available at little or no cost, and you can select the specific music or sound effects you need for your production. Sampling the goods is essential with buyout music, as they can vary widely in style, production quality, and in the quality of the musicianship. Some, for example, may have all-electronic drums and horns when what you’re after is a live funky groove played by real musicians with real instruments. Regardless of your personal preference, a little bit of time spent listening to the music goes a long ways towards helping you make the wisest decision.

Fresh Music (www.freshmusic.com) offers three collections of buyout CDs for your perusal. The original Fresh library consists of 74 CDs of music in a wide variety of styles, with titles like 2hip2soon, Cool Grooves and Wonderfulness. It also features a number of more traditional buyout CDs like Traditional Folk, Classic Rock, News Themes and Sacred Songs. Prices in this collection are $59 per CD for most CDs and the entire collection of 74 discs is available for $1,750. Fresh Music also features the Airtime Broadcast Library ($595 for 20 discs of 60-second and 30-second selections) and the Fresh Produce Library ($550 for 12 CDs, with more than 2,000 sound effects and production elements).


River City Sound Productions is another important source of buyout music. This company’s origins stem from a popular Nashville, Tenn. recording studio of the same name. Its buyout music CDs include offerings in two categories: Broadcast (sports, mellow, country, high-tech, etc.) and Specialty (weddings, classical orchestral, etc.). Be sure to check out the sample MP3s at the Web site, (www.rivercitysound.com).


The Music Bakery offers a selection of buyout music and sound effects CDs in many different styles and genres. Regular price for music CDs is $99 per disc, but at press time, a Web special at the company’s site (www.musicbakery.com) offered CDs at $59 each. At The Music Bakery, specific applications, rather than musical genres most often arrange styles. Disc titles include Corporate/Motivational, Attitudes & Atmospheres, Action/Drama Mystery, etc.


T.H.E. (The Hollywood Edge – www.hollywoodedge.com) sells most of its music libraries for $125 per CD. The company offers assorted sets of music and effects, with titles like The Edge Edition, Cartoon Trax, Sounds of Speed, Laughs and Cheers, LA Riot and others. CD sets range in price from $150 for a 2-CD set to $695 for a set of 20.


Megatrax is a company that has a little different approach to licensing its music. Users can opt for either a needle-drop approach, or a purchase of an annual blanket license. Megatrax has an extensive library of available titles. For a listing of what’s currently offered, point your Web browser to its site (www.megatrax.com). There, you’ll find a downloadable, searchable catalog of the company’s wares. Also available at the Web site is a handy Song Search tool.


Production Garden offers buyout licenses and annual blanket fees for all of its 10 collections of songs and production elements. World Sounds, Weddings, Metro, Manchester Music Library, Air Assault and others make up the company’s titles. The company carries a total of 150 CDs. For quick previews and licensing info, visit the company’s Web site (www.productiongarden.com).

Certainly, buyout music and sound effects libraries are not for every videographer. As mentioned earlier, the casual home video enthusiast needn’t fear the long arm of the law if all he plans to do is show creative projects to family and friends. If you plan to show your video to a public audience, however, or if you plan to make money off your videos, it’s a really good idea to make sure you own the rights to all of the music you use in your works. The folks at ASCAP and BMI (people who license the rights to 99 percent of the popular music you hear) have gotten pretty good at chasing folks down in recent years. Some local bands have even been given citations for playing cover tunes in local bars. So, if you’re a professional, we suggest you play it safe. With a little shopping and forethought, you can often get just the music you need for less than $100. And remember, before you lay out your hard-earned dollars for your music, use the best judge available for your productions your own two ears.