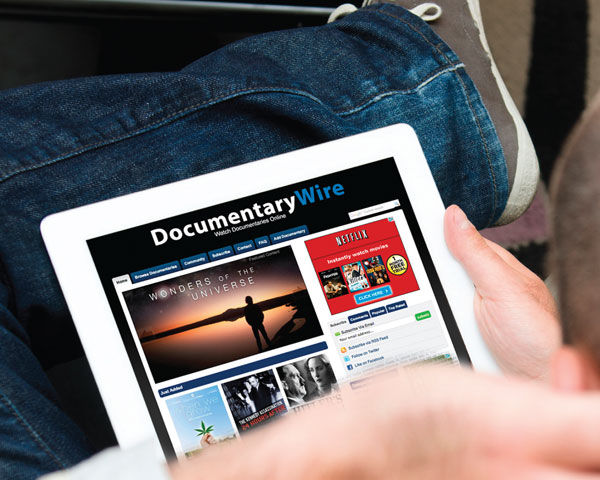 Documentary has shown to be a malleable genre, with many sub-genres to boot: Travelogues, First Person POVs, Fly-on-the Wall and Biographies (among others) are all present online. Online documentaries are briefer, to-the-point and often involve fewer crew members than feature-length or theatrical documentaries. They can also include interactive or social media elements that enhance the overall story. Lucky for us, there are many places to watch documentaries online. And while websites like YouTube still dominate online video viewership, Web-enabled TVs and portable devices are rising in popularity. Viewing these new online stories can help us in styling our documentary accordingly, as well as showing us what other opportunities might be waiting on the horizon. Understanding the online medium allows us to confidently begin making our rich online stories. As of this writing, roughly 80% of Americans with Internet access watch online video. Now, there's an audience! Keep reading to find out where to watch, and how to make better online documentaries. 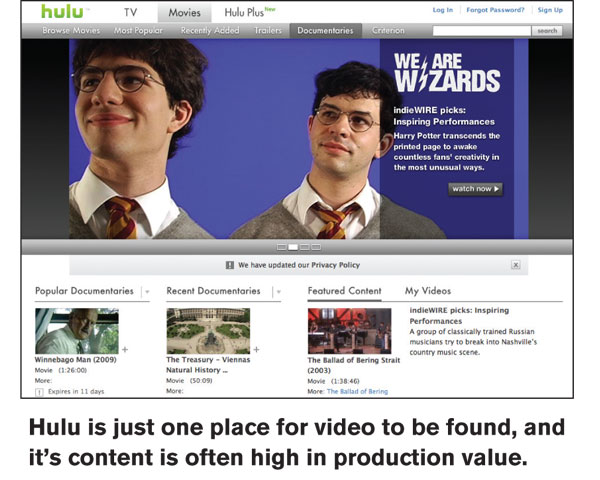 To get a feel for what the online documentary landscape is like, some homework is in order. But don't worry, this kind of homework is fun, and mostly free. Online documentaries fall into two basic categories: Feature length, and short-form or micro-docs. Feature length online documentaries are theatrical feature films that have been ported to the web, while micro-docs are made with the online audience in mind. As of this writing, the average online video is around five minutes in length, according to comScore's US Online Video Rankings report.

We'll want to watch some great documentaries before jumping in ourselves. There are several online video destinations where documentaries abound. Hulu.com has a hefty selection of free documentaries at all times. And though their lineup changes frequently, you're likely to find a broad mix of award-winning documentary icons such as The Thin Blue Line (1988) and Super Size Me (2004). These are feature-length docs that have found new life online. While Hulu doesn't have as big of an audience as YouTube does, Hulu's viewers do tend to watch longer videos. So Hulu has shown to be a good home for longer documentaries. A few advantages of watching documentaries on Hulu.com are social networking and Hulu's custom documentary recommendations. YouTube has attracted many online documentary-makers to create their own channels, like Wholphin DVD which has uploaded a number of great short documentaries including Kung Fu Wang. However, YouTube doesn't currently curate their own documentary channel or grouping, so you'll have to go searching. PBS has a number of micro-docs online, in the form of their POV Series. Check outCity of Cranes in their online documentary listing. www.pbs.org/pov/cityofcranes/cityofcranes.php .

Openfilm.com is a niche haven for micro-docs, including an independent series called Australia Inside Out. www.openfilm.com/videos/aio-episode-2-part-1. These Web documentaries really personify the kind of stories that are being told online; from local biographies to travelogues covering thousands of miles. VBS.tv also hosts a series of made-for-the-web-micro-docs. Its Toxic series launched with, Toxic: Garbage Patch Island. Later, VBS.tv stitched together its award-winning micro-doc series into a long-format documentary, one that fit into the film festival circuit. More niche online documentaries can be found at The Creators Project.www.thecreatorsproject.com/studio . Here, artists, engineers and musicians share their crafts in the form of the short documentary.

While length might be the most obvious difference between micro-docs and their longer-running brethren, many similarities remain. Seasoned Videomaker readers know what every documentary needs to have: the "Three Legs of the Stool". The three legs of the stool are Story, Character and Access. The story needs to be compelling – a classic love story, a plot twist or a never-before-seen event. The character or characters must also be enticing to your viewers (hopefully you'll have several characters to choose from!). And don't forget your access to the story; this could take the form of limited access such as a tall fence in the way of your camera lens, or it could take the form of a friend-of-a-friend knowing just the right person to help you get your documentary started. A successful documentary has all three. And a micro-doc has all three legs, just shorter. We like to think of this abbreviated time limit as a creative challenge. Making a micro-doc may not allow you to pursue complex stories that unfold over months or years, such as family biographies. If your documentary requires voice-over narration, the writer may overcome the same creative limitations by picking just the right words to use. The number of characters you can realistically fit into a short story may be compromised, so it's up to you – the video producer- to carve the best story using limited tools.

Smaller scale projects like micro-docs allow a video producer to pursue more subjects, and can help refine his or her process faster. Micro-docs should be manageable. This leaves time to for the video producer to start enacting a distribution plan. Using Twitter can help tell a story and give thanks to those who help out along the way. Search Twitter to find online communities based around the same subject matter as your micro-doc. Including good local musicians can build strong community support and is usually more cost-effective than hiring a film composer. When a documentary is about ready to be uploaded to the world, take care in preparing a full description of your documentary. Your added text helps others find your documentary more easily. 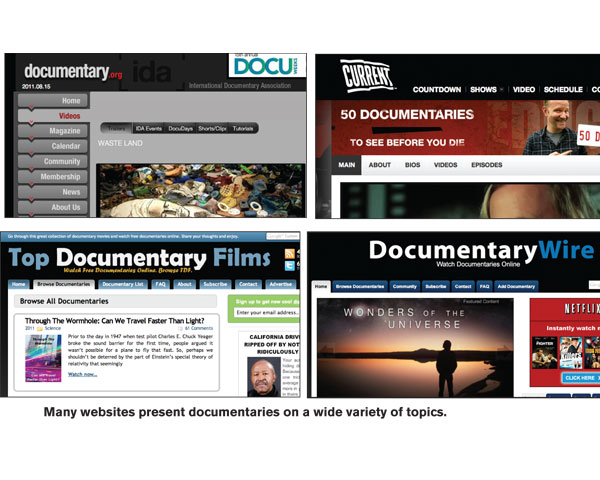 The online medium opens up all sorts of doors for creative storytellers. Micro-docs are popping up on Web-enabled TVs, iPad Apps, Netflix Streaming, and Video On Demand (through your cable provider). Phew! Not only are these up-and-coming ways to watch documentaries – they are potential outlets for your documentary. Posting your video to Openfilm.com could mean a spot in their VOD lineup. Your public YouTube channel is accessible on Google's Smart TV. With 21% of TVs now shipping with Internet functionality, your micro-doc can take shape on a range of screens.

While online documentary isn't constrained by our web browser, some documentary producers continue to push the limits of the medium. Take for example Michael Simons and Paul Shoebridge's Pine Point, the 2011 NETART Webby Award Winner. This interactive story re-defines what an online documentary can be, by overlapping several storytelling elements together. Micro-docs, photo flip-books, audio narration and handwritten notes form a rich documentary story about a small mining town. The Pine Point documentary is, well, different. But its Webby award shows that it is worthy of 'The Oscar of the Internet.'

'Online documentary' is a seemingly perfect blend of the imagination of a storyteller, with the technology of the Internet. The two just seem to be made for each other, like 'peanut butter and jelly', or 'peas and carrots'. The Web. The documentary. There are so many stories to watch and be watched, and so many viewers, eager to be transported into your next online documentary. With your help, the micro-doc will be around for a long while to come.