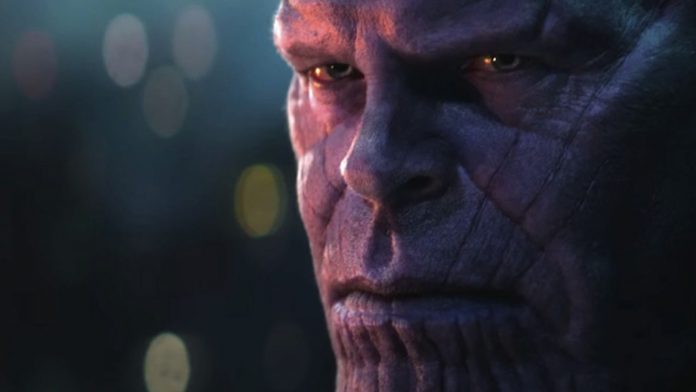 "Avengers: Infinity War" is tearing up the box office right now, having grossed 1.2 billion worldwide and becoming the fastest film to make 1 billion. One of the clear highlights of the film is Josh Brolin’s portrayal of Thanos, but while his performance makes Thanos come to life, none of it would be possible without the special effects team of Digital Domain.

Recently, The Verge interviewed Infinity War’s visual effects supervisor Kelly Port to talk about how they were able to turn Josh Brolin into the menacing, yet sophisticated, Thanos.

After all the years of build-up and movie instalments from Marvel leading up this epic blockbuster, there was immense pressure to deliver on the big bad in this epic blockbuster. But thankfully, Digital Domain and Weta Digital were up to the challenge and delivered. However, while Weta Digital did work on Thanos, the team worked on him for one sequence on Titan. The majority of Thanos was handled by Digital Domain.

Digital Domain handled mostly all the heavy and depressing scenes in the film. Port revealed that there was a running joke at the studio: ““Hey, give us some Baby Groot or something, because we’re so depressed over here.”

All together, Thanos has over 40 minutes of screen time in Infinity War and is the main villain of the film. To Port, it was critical to the entire film that he was done right.

He is the main character of the film, and if he wasn’t successful, it would be not as successful as a film,” said Port to The Verge. “I think it really was critical that Thanos not only looked photorealistic as much as technically and artistically possible, but even more important, it was conveyed to us from Marvel and from Dan that Josh Brolin’s performance in all its subtleties really needed to come through as much as possible as well.”

Kelly Port said that they started with the historical design of Thanos in the early design stage. From there they tweaked a few small but significant details like the proportions of the eyes and the placement of the eyes to the mouth. The goal was to find a good balance between Brolin and the historical Thanos.

“There’s a balance to be had between Brolin and the historical Thanos character, for sure, and we tried to find that balance, but we did introduce more of Brolin I think than in previous Thanoses in the films. I think, all in all, that helps in the overall performance matching, and getting a little closer to feeling what Brolin was doing with the character as well,” said Port

From there, they worked on his costume and textural detail of the skin, which took months to a full year.

When it was time to move onto the motion-capture process, they built the motion-capturing cameras that record the motion of the body in and around the set pieces, allowing actors to be on set and interact with each other.

“Josh would be wearing a motion-capture bodysuit, with tracking markers and things you’ve seen before. Then he’d also be wearing a helmet, with two vertically arrayed HD cameras running at 60 frames per second, and then he’d have the tracking dots on his face,” describes Port. “Once the [movie] edit is put together, we would get time code for the body motion-capture, we’d get time code for the facial capture, and then we’d get, of course, the associated imagery that goes with that: the set, live action, clean plates, reference passes, all sorts of things that will help us ultimately do a better job later.”

Brolin’s facial tracking was done in a two-step process using what they call Masquerade and a technology called Medusa.

Brolin describes the Medusa technology that gets “really high-resolution imagery of face shapes of Brolin, which essentially get put into a reference library.”

“It’s not just “shape A” and “shape B.” It’s about 50 different shapes that we capture, but it’s also the transition from those shapes,” Borlin goes on. “So, what happens to the muscles, to the skin, to the face, to the bone, when you transition from shapes A to B, as well. So that’s all in this massive database. Then it all goes through a machine-learning algorithm that we’ve developed that says, ‘This is a low-resolution face, but we want the high-resolution face that essentially is equivalent.’”

Before Thano’s head was ready to be combine with his body, the team goes through video of the high-res character and high-res actor side by side. In this process, the team looks for anything that’s missing from Brolin’s performance in Thano’s model and they make tweaks if they find any.

It’s all in the eyes

“The eyes are, as they say, the windows to the soul, and such a critical part of a facial expression and what emotion you’re conveying,” says Port. They team spent immense time of Thanos’ eyes doing a lot of research on eyes and how they move, look and their biology.

Other productions have struggled to convey the facial expression and emotion the actor is portraying. But because of Digital Domain used Medusa scans, they were able to get the sense of the eye topology.

You can read the full interview with Kelly Port at The Verge.