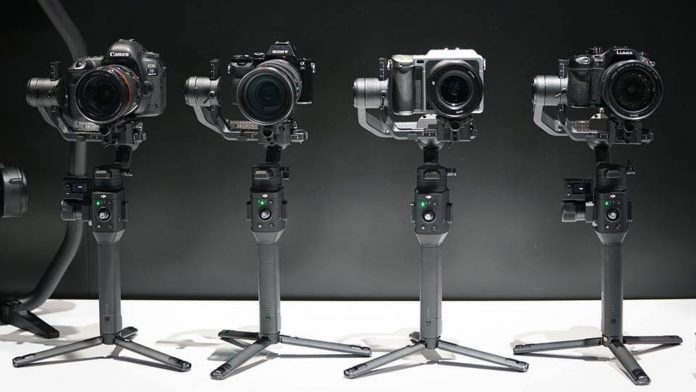 DJI has revealed both the pricing and availability for the company’s first single-handed stabilizer for DSLR and mirrorless cameras.

The Ronin-S was announced back at CES 2018 and took home Videomaker’s award for Best Gimbal at the event. However, DJI kept the gimbal’s release date and price quiet, until now. Today, DJI announced that the Ronin-S will be available for pre-order for just 699 bucks. It will begin to ship in late June.

The Ronin-S reportedly can hold payloads up to 8 pounds and most camera-and-lens combinations, which include the Canon 1D and 5D, Panasonic GH and Sony Alpha series cameras. DJI also says that it can handle speeds up to 47 mph with a Panasonic GH5, compensate for zoom lenses and works with in-body and in-lens stabilization systems.

Another key component to the Ronin-S is its reportedly easy setup and use. It has a new Push Mode that allows users to adjust the pan, tilt and toll axis by hand. It’s Auto-Tune function also automatically adjusts the strength of the motors. Additionally, the Ronin-S's battery is said to last up to 12 hours.

The gimbal uses a Manfrotto quick release system and features a joystick that controls the camera position. It weighs about 3.3 lb or about 4.1 lb with the grip included, and can be used with the DJI vehicle mounts, jib mount and the dual-handle systems.

The Ronin-S is priced 699 dollars, but is not currently available for purchase. You can however sign up for ‘in stock reminders’ at DJI’s store to stay informed as to when more models are available for pre-order.