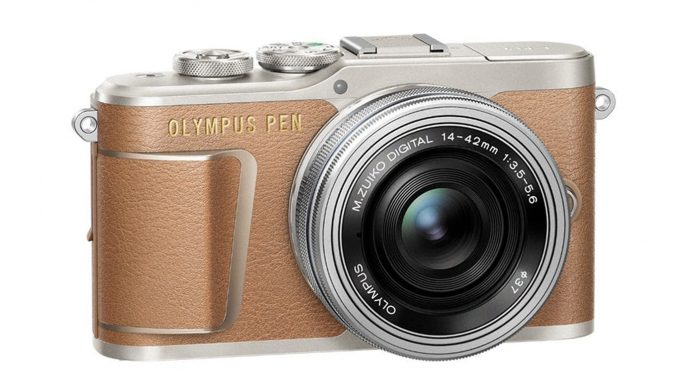 Building off of the E-PL8, Olympus has given us the new PEN E-PL9, their smallest Micro Four Thirds mirrorless camera yet. Despite the retro design, they’ve given it some essential features like 4K video and in-body stabilization.

The PEN E-PL9’s body design is very similar to the E-PL8 in that they both take on a retro look. But at the same time, Olympus wanted to make sure that its users could — and would want to — take the camera “everywhere and get creative.” As a result, they ventured to make the PEN E-PL9 even more portable and ended up with a body that weighs 332g and measures in at 117 x 68 x 39 mm, a size that seems like would fit snugly into a travel bag.

The camera has also swapped about buttons and dials for a touchscreen, allowing for most of its settings to be accessible through the rear screen. The screen can be tilted or dropped underneath the camera if you want to take a selfie.

The E-PL9 has support for 4K 30fps video and five-axis image stabilization, along with a 121-point AF system. And there’s a option to extract still images from the video that you shoot. The camera’s compatible with 20 M.Zuiko Olympus lenses and a number of legacy lenses through select adaptors.

You can watch Gordan Laing test out the PEN E-PL9 in the video below:

A Camera Fitted to Beginners

Many of Olympus’ design choices with the PEN E-PL9 and the features that they’ve included make it clear that this camera wants to appeal beginner videographers and phone-ographers. It’s simpler menu system and touchscreen control is probably less daunting than a full layout of buttons and dials. Additionally, Olympus has packed the PEN E-PL9 with built-in filters that can be compared live vis the touchscreen before you shoot.

The camera also has added Bluetooth capability for sharing, another hint at creators that like to upload to social media.