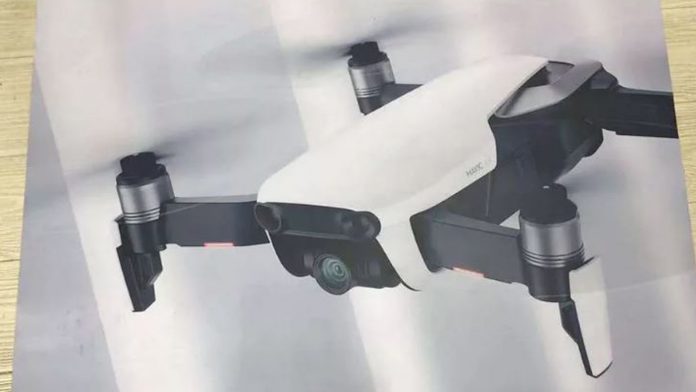 Officially, all we should know about DJI’s “Adventure Unfolds” event tomorrow is that they’re going to unveil some sort of new gadget. But thanks to recently leaked photos and specifications, we know, or at least are pretty sure, that DJI’s going to introduce a new drone, the Mavic Air, at tomorrow’s event.

Here’s the rundown of the alleged specs that were leaked:

The Mavic Air will have:

DroneDJ isn’t completely sure on the Mavic Air’s:

The Mavic Air won’t have:

As for the Mavic Air’s accessories, DroneDJ suspects, based on a single shot in a video clip they saw, that the new drone will include:

Here's some of the leaked photos of the Mavic Air from DroneDJ:

We’re obviously going to get a lot more concrete information tomorrow though, since everything here isn’t officially confirmed. But considering all of the evidence here, it seems pretty certain that we’re getting a new Mavic Air tomorrow.