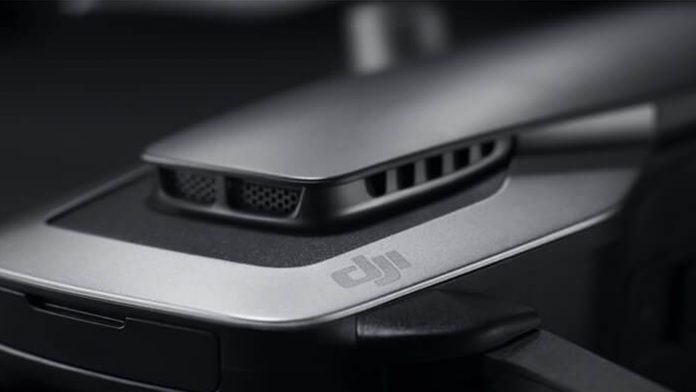 The drone market has been recently shrinking, with GoPro just announcing that they are completely exiting the drone business and ending any future aerial projects, but DJI seems to be one of the few companies in the aerial cinematography space still going strong — and they’re jumping at the opportunity to clench the drone market with the newly confirmed Mavic Air.

At DJI’s “Adventure Unfolds” event in New York City today, the company unveiled the $799 4K foldable Mavic Air drone. Well, technically they confirmed it because DroneDJ yesterday leaked most of the Mavic Air’s specs as well as pictures of it.

Though rumors at the time, most of what DroneDJ leaked has turned out to be true. The Mavic Air will use a 1/23-inch sensor that can shoot 4K video (at 24 or 30 fps), or it can capture 12-megapixel stills with a wide angle 23mm f2.8 lens. The Air’s reported to offer 1080 120 fps slow-motion capture, and as for flying speeds, the Air can max out at 42.5 mph, while being able to withstand winds of up to 22 mph. It’s also confirmed that the new small drone will have a new 3-axis gimbal supporting the camera.

DJI additionally says that there’s been updates made to the Air’s software. For example, DJI reports new shooting modes, like a 32-megapixel panorama mode, as well as better gesture controls and improved image processing to try to extract better videos and photos from a smaller sensor. DJI also reports a new obstacle avoidance system, which uses more sensors and improved algorithms to avoid, rather than just stop at, obstacles.

The Air’s $799 price is basically smack-dab in the middle of the Spark’s $499 price and the Mavic Pro’s $999 price, further supporting the impression that it’s a combination of the two. The Mavic Air is set with a January 28th release date.

Go to store.dji.com to learn more about the Mavic Air.