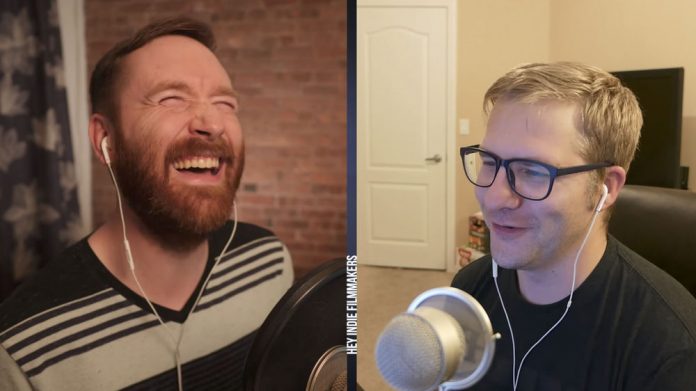 YouTube creator and filmmaker Griffin Hammond has a new video out and he’s helping a beginner by critiquing his video and letting him know what he did right and what he could improve on.
Nick Bodmer, a burgeoning YouTube content creator with about 39 subscribers, has published his first tutorial video about how to remove the Western Digital (WD) RED drive from a WD Easystore 8TB. Before he posts the tutorial, Bodmer wants to know how he can improve, as every creator should. Hammond, who has about 66 thousand YouTube subscribers and has done numerous tutorial videos, has taken the time to look at his video and tell him what he thinks and how he could improve his video.
http://youtu.be/HqNAIOEgKKs
Here are some of the takeaways from the video that was presented by Hammond:

Hammond starts out by saying he liked how Bodmer was able to create a sense of suspense by showing all the tools you're going to need at the beginning of the video. "You shows us early on the tools we need" Hammond says, noting that it is a video trope to show the tools you will need at the beginning of the video. He then begins to laugh after recalling that one of the tools needed was a chopped up credit card and he liked that it added a sense of suspense to the video right at the beginning. "What is this going to be used for?" he goes on to say, "And when you finally use it to remove the cover, it's such a great payoff." Bodmer was able to capture Hammond's attention very early on by presenting an unconventional tool that makes his audience wonder what it will be used form and must watch the video to find out.

Know What You’re Talking About

In tutorial videos, the speaker should know what he or she is talking about. If they don't, they will be prone to ramble and viewers aren't going to stick around. They're there to learn information, not translate information. Hammond liked how Bodmer looked and sounded like he knew what he was talking about.

Bodmer noted that he didn't like how the audio in his tutorial was sub-par, but Hammond didn't seemed as bothered by it. He said that the video was able to do what it need to do in terms of its content. As long as the audio doesn't hinder people's ability to hear you, it's okay. This goes for anything else in your video. If lower-quality doesn't hinder the tutorial's ability to communicate what it need to communicate, then it isn't a huge problem. If a musician is playing a live show and has excellent audio, people are going to forgive the video if it's hard to see.

Lower Quality Does Hurt Your Credibility

"There's something about the moment a video starts and we hear that audio … it just kinda communicates immediately like this is not professional," says Hammond when talking about Bodmer's audio. Though lower-quality may not hurt the message of your video, it can however hurt your credibility with your audience. People will instantly see you as an ameteur and may not sick around. Hammond suggested that you should try to upgrade, at least at the beginning of the tutorial when you are introducing yourself, to come off as credible.

One problem that Bodmer had was that he thought the people watching his video would know what he was doing if they read the description for his video or they would already know since they searched for it. Never assume that your audience will know the point of your video. Always clearly state what your audience is watching and why they are watching it at the beginning of the video.