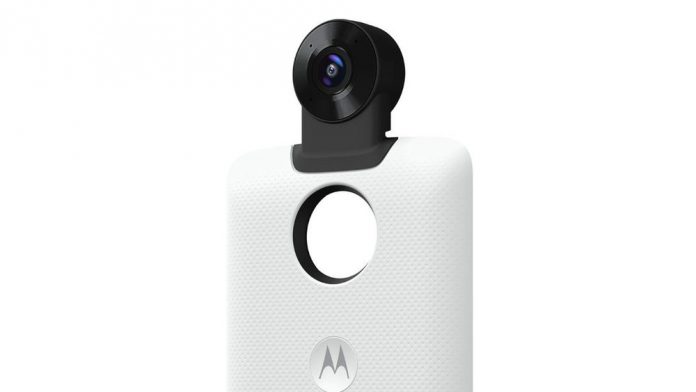 Confirmed through Twitter by mobile reporter Evan Blass, Motorola will be releasing a new Moto case that allows users to essentially attach a 360 degree camera to their Moto Z, Z Play or Ze Play.

The news of the case’s reveal cames after Motorola showcased the new case at a press event in Ghana. Not much was revealed at the press event other than the existence of the case and that Motorola’s camera attaches off the top of the plastic back plate of the case that attaches onto Moto Z series devices. And that the 360-degree camera will feature lenses on both sides so it can capture full 360-degree images.

Theverge.com made a comparison to Motorola’s new camera to Essential’s upcoming 360-degree camera, which they believe will “likely be one of the biggest competitors to Motorola’s Mod system upon the phone's release in the next few weeks.”