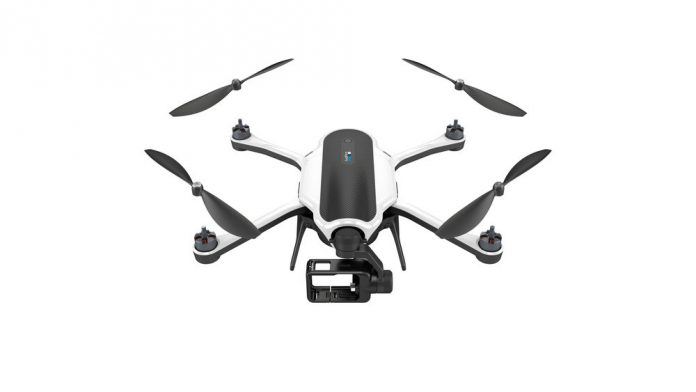 Nearly three months after pulling Karma from the market, GoPro today resumed sales of their debut drone system. Back in November, GoPro voluntarily recalled all previously-sold Karmas and ceased sales due to an issue involving a faulty battery latch that caused some drones to lose power during flight. The latch has been redesigned for Karma's second launch.
On top of being GoPro’s first attempt at an aerial camera platform, the Karma stabilization system also includes a detachable gimbal and grip that can be used either hand-held or worn by the operator.
http://youtu.be/MYyhuMcHhik
“Karma is the ultimate aerial, handheld and wearable stabilization solution for the GoPro community,” says GoPro Founder and CEO, Nick Woodman. “As the consumer drone market continues to grow, Karma delivers the most versatile solution at a very accessible price.”
Karma is geared toward the GoPro user who needs a simple solution for capturing aerial perspectives. It offers a compact, foldable design, allowing the entire system — drone, controller, and Karma Grip — to fit into the included backpack. The controller takes its inspiration from gaming controllers and features a touch display for monitoring and controlling the drone.[image:blog_post:63057][image:blog_post:63058]
As has become common in the drone market, Karma features preset flight patterns such as “dronie,” orbit, reveal and cable cam. GoPro promises software updates will add new functionalities to the system in the future.[image:blog_post:63060][image:blog_post:63059]
As of today, the GoPro Karma is available for purchase from GoPro.com and select U.S. retailers. It can be purchased alone for $800 or with a GoPro HERO5 Black for $1,100. A Flight Kit for the Karma Grip, priced at $600, will be available in April for those who purchased the Karma Grip separately. World-wide sales of the system are expected to resume this spring.