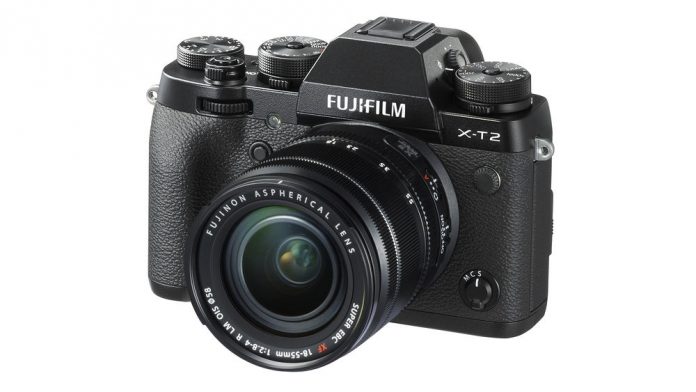 FUJIFILM has announced the forthcoming release of the X-T2, a new 4K mirrorless camera that will replace the X-T1 as the flagship camera in FUJIFILM’s X Series.
Resolutions up to 4K UHD (3840×2160) at up to 30 fps and 100Mpbs are captured using a 24.3MP X-Trans CMOS III APS-C sensor, which FUJIFILM claims is the highest performing sensor in the history of the X Series. Together, this sensor and FUJIFILM’s high-speed image processing engine, the X-Processor Pro, promise color accurate, low noise images and an impressive ISO sensitivity of up to 12800 or 51200 with extended sensitivity. To further improve image quality, a random pixel array aims to reduced moire and false colors without the need for an optical low-pass filter, which can result in loss in resolution.
The X-T2 is the first X Series camera to feature 4K video recording, continuing the trend of most manufacturers, with a few exceptions (ahem, Canon, ahem), offering 4K capabilities in affordable cameras. However, 4K recording on the X-T2 is limited to around 10 minutes while 1080p recording is not much better with a 15 minute record limit — something to keep in mind when comparing options.
http://youtu.be/8SVs2tkAo88
Complementing the X-T2’s 4K video capabilities is the option for shooting in F-Log, FUJIFILM’s log-gamma option, which takes advantage of the dynamic range offered by the sensor and captures images with more information, making them easier to manipulate in post-production.
Built from FUJIFILM’s extensive history with traditional film, the X-T2 also features Film Simulations modes for both still and video shooting, allowing for film-like color reproduction. The Grain Effect, available in “strong” and “weak” settings, adds further appeal for those who prefer the look of images captured on film. Likewise, the camera’s mechanical dials for controlling camera settings like shutter speed and ISO harken back to more traditional film camera designs.
Other features include improved autofocus and customizable focus tracking, a 2.36-million dot electronic viewfinder with a 0.77x magnification ratio, a tiltable LCD and a compact, weather-sealed magnesium alloy body design. The camera supports a lineup of 22 FUJINON X-mount lenses optimized for APS-C shooting.
The X-T2 records to dual SD cards, either sequentially or concurrently, and supports clean HDMI video out. In addition, Wi-Fi capabilities allow for remote triggering via smartphone.
The FUJIFILM X-T2 is scheduled to be available in September 2016. Pricing is not yet announced.