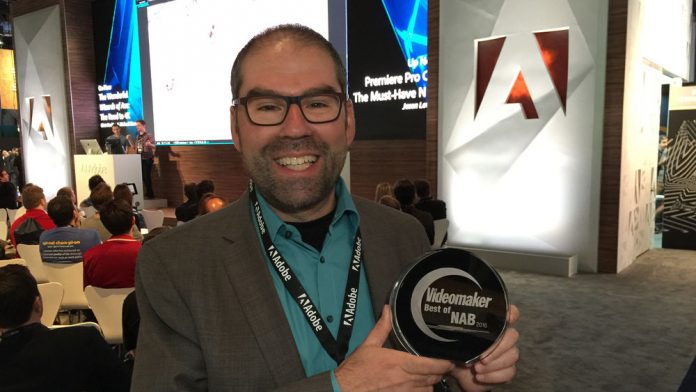 Congratulations to Adobe for winning our Best Motion Graphics Software of NAB 2016 award for updates to Character Animator. The new updates bring improvements to the animation workflow to give creators more control over character with less work.
The most recent Character Animator updates simplify the process of rigging a character for animation with several new features, including an improved tagging system that eliminates the need to remember and use specific keywords when building your character. Now you can use either visual or verbal tags to identify the character’s different elements right in Character Animator.
Animating multi-view characters has also been simplified, now requiring only one set of sync behaviors, while the new Motion Trigger feature automatically animates characters according to how they are being dragged within the frame.
Other improvements include a Dynamic Link to Adobe Media Encoder to expedite exporting, Auto Blink behavior, improved lip sync, selectable attachment styles, more control over behaviors and playback speed and more easily configured dangle and gravity controls.
http://youtu.be/FAMahOARAkM
For continuing to alter the way we think about animation, we’re happy to recognize Adobe Character Animator as the Best Motion Graphics Software of NAB 2016. For more information, visit www.adobe.com.