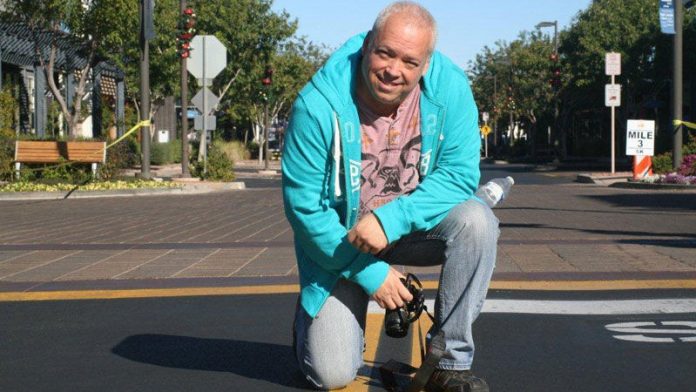 The Learn and Loot Sweepstakes is over, and Tim Maner is getting a great opportunity to learn and loot Videomaker. Tim will get Videomaker Magazine for three years and we looted the studio and have a production bag’s worth of goodies to send.

Tim says he never wins anything, and thought we made a mistake, but we didn’t! He also tells us that if it wasn’t for his wife, Tatiana, Tim would have never considered shooting video. He’s been a photographer for more than 20 years, and Tatiana (also a photographer), gifted him a subscription, which has become one of the best gifts he’s ever gotten. He thought it’d be difficult to learn, too complicated, and the equipment too expensive — until he started to read Videomaker.

“It truly changed the way I thought about video and has opened my eyes and mind to new possibilities I would have never considered. My first step into the world of making videos never would have happened without Videomaker Magazine. I know this is sounding like an advertisement for the magazine but I would still be shooting still photography today were it not for Videomaker.”


Tim will continue to shoot, learn, and be as creative as possible. He believes that having a fearless attitude about video is very important. Tim urges us, “Practice and more practice. Just go out there and shoot. If you can take pictures you can shoot video.” He is doing his first wedding shoot in a month and knows the videos and tutorials from Videomaker will be just what he needs to get the job done right. We’re excited to see Tim take on more videography with his GH4 and 4K capable editing computer. We hope you’ll join him in learning with our magazine for the next three years and beyond.